It just so happens that your friend here is only MOSTLY dead. There’s a big difference between mostly dead and all dead. Mostly dead is slightly alive.

It is difficult to kill an alliance, or a corporation, or any player organization in New Eden.  You can blow up their ships, pod their pilots, take down their structures, have spies or traitors disband organization and steal their assets, and camp them into an NPC station and sit on them for weeks and they’ll just come back once you’ve tired of the whole thing.

Player groups, successful player groups, exist outside of the game.  A change of pixels on a screen doesn’t change what holds that group together.  Yes, not everybody will hang tough through bad times.  The opportunist and hangers on and uncommitted will defect when times get tough.  We have seen that time and again, an alliance or a coalition will suffer a staggering defeat, be erased from the sovereignty map, lose a significant percentage of its members, and yet somehow come back again.  I’ve been through that.  I made the trek with Jay Amazingness from the north to Delve after the Casino War to help carve out a new empire after our total defeat.

So when it was announced back at the beginning of last month that Circle of Two had decided disband, complete with a SoundCloud recording of the meeting, I was a bit skeptical. 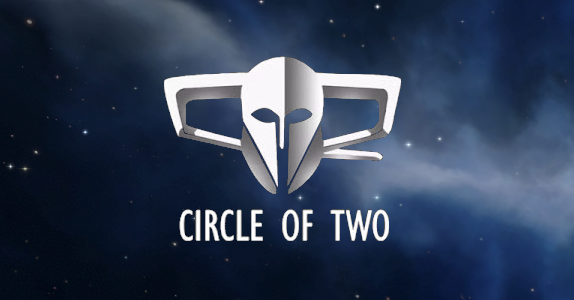 Over at INN they quickly had an obituary posted, summing up the tale of the fall of CO2 in something of a victory lap.  That’s going to be a bit awkward if we find out, as we did over the summer, that CO2 had enough left in it to stage a comeback.

Meanwhile, over at EN24, Seraph was back again on his coming up on three year attempt to rehabilitate CO2’s reputation by trying to argue that the Imperium actually betrayed CO2 and that everything CO2 ever did was totally justified.  It is a long winded and completely irrelevant piece, but it is apparently all he has since he keeps re-running it.  No doubt he hopes that if he says it enough times it might become true.

The problem there is that even were his spin agreed upon by all sides as objective fact, it would make no difference.  He would do better to ape Marc Antony in Julius Caesar than keep up with his hair splitting irrelevance because his words won’t win back a single system of sovereignty nor restore any of the Keepstars that has CO2 lost since that fateful day.

The optics of the day, the optics of the betrayal, the optics of which played out before hundreds of Imperium pilots, will not allow that.  In the midst of the fight, while the battle for the M-OEE8 was still going on, while Imperium forces were fighting for them, with more on the way, the leadership of CO2 sent a messenger… declining to stand up and say it themselves… to tell the Imperium leadership they were pulling out of the coalition.

I had rushed home from work early and was sitting on a titan in a fleet waiting to be bridged in to continue the fight when word started to filter down.  A post on Reddit first got passed around, but was dismissed as a troll.  Then there was an announcement from The Mittani about CO2 having decided to leave no matter what happened in the fight.  I was there on coms and people were angry that CO2 let us burn through the day while already half out the exit.

There can be no walking back that particular offense.  Not in the eyes of those who were there, and the word quickly spread through the ranks.

All of which I add to remind people that it didn’t have to be that way.  They could have said they were leaving before the fight.  They could have let a decent interval pass after the fight and said they didn’t want to carry on.  Other alliances left during the war.  The Imperium isn’t out hunting down RAZOR with a burning passion for leaving.

CO2 would have had to have been blind to not be able to see how this would play out, how this would anger line members and leadership of the Imperium alike.  They clearly didn’t think it mattered.  The tide was against the Imperium.  We had already pulled back into Saranen as the Moneybadger Coalition overwhelmed us.  GigX no doubt thought we would be destroyed.

He should have read my first paragraph.  He should have studied the history of the game.  Alliances have been smashed on the rocks of defeat many times, only to come back as strong if not stronger.  Instead, CO2 seemed anxious to join the winning side, to share in the spoils, and to get some of that soon-to-be-banned casino money.

Their respite was short lived.  Eight months later I was there to see CO2 lose their Keepstar in M-0EE8 as their erstwhile allies sent them packing for the south as well.  I was there as we camped their ratters in Impass in what was alleged to have been cover for the first planned internal betrayal of CO2.  It did not go off, but we still made their ratters and miners suffer.  I was there in the fleet on the stolen Keepstar after Judgement day, when The Judge switched side and betrayed CO2, an act that got GigX to threaten The Judge so flagrantly that CCP felt they had to ban GigX for life.

One of the enduring images from Judgement Day

At that point it seemed like the alliance was dead.  But then it came back again, appearing in the north where it found a couch to sleep on as it got itself back together.

Then there was the recent was in the north which saw a resurgent CO2, led by GigX (who wasn’t hiding his attempt to skirt his ban very well), drop into Fade.  That is a region with history, the place where the Casino War could have been said to have started, the home of SpaceMonkeys Alliance who were involved with the ISK being taken from the casino cartel, which got the casinos to hire mercenaries to camp them in their region until they paid back the ISK  It was there that CO2 popped up, on the periphery of the expanding Imperium.  They dropped a Keepstar and setup shop in that space and it was like waving a red flag before the bull of the Imperium.

They landed in Fade towards the end of May 2018, taking over from Pandemic Horde, which had moved east, away from the Imperium and into The Vale of the Silent.  Around the middle of June CO2 hit its post Judgement Day peak, with over 4,000 pilots in the alliance and some 70 odd corporations.

That ended badly for the north in general and CO2 in particular.  By the middle of July the Imperium was already trying to kill the Keepstar in DW-T2I.  That attempt failed, but the stage had been set and the outcome seemed inevitable.  Two months later, the Keepstar, just one among several to go, was destroyed. CO2 gave up Fade and retreated back under the cover of their one again allies in NCDot and PanFam.  GigX was banned yet again.  And there was the question as to what CO2 would do next.

Which brings us to the announcement of the alliance disbanding.

Once that came about I subscribed to the RSS feed over at DOTLAN EVE Maps for the alliance so that any changes would pop up in my reader. (Just click the Feed button.)  I was waiting to see if the alliance would actually close, would officially be no more.  The numbers have certainly been in decline. (If not in Deklein, right?)

CO2 Stats… also, the blank spots where DOTLAN was down

But as of my writing this, the Alliance still lives.  It has a little over 500 characters in it across 24 corporations.

Most of the larger corporations spread out amongst the alliances in the north, with Pandemic Horde being a popular destination.  But there are still corporations lingering behind, like Moms of Doom, which now makes up almost 20% of the alliance.  However, the remainders don’t seem too active, though a few individuals still flying the flag are on the zkillboard.

So back to the question at hand, is Circle of Two dead?  Will it die eventually?  Or is there a revival in its future?  Does it have the sort of name and reputation that can bring people back to its banner?

Addendum: An odd move on the ticker a few hours after this post went live.