While I have not been playing World of Warcraft all that diligently… last month EverQuest was my main focus… I do make sure to log in at least once a week to do the pet battle trainer challenge quest that pops up in fresh in your garrison every Tuesday.

(Odd aside: despite garrisons not fulfilling the housing role I still end up visiting mine regularly.  It probably helps that we were given a special hearthstone to get there, meaning that I don’t have to figure out where yet another portal is now located.)

The task is to defeat five pet battle masters out in the world, though the quest has an odd bug where sometimes just one win will finish the quest, while at other times you do actually have to defeat five.  The reward is ten leveling stones, which I sock away for later.  Otherwise I have the regular routine I run when I have a mind to… Ashlei, Vesharr, and Tarelune… which will get a pet from level 1 to 20 in a few minute, so long as I remember to wear my pet battle safari hat.

I don’t log in daily to do that routine, nor do I tend to follow on with further battles that would finish boosting the current leveling pet to 25, about which I wrote previously if you want to see the full routine.  Just getting to 20 keeps things nice and light so it doesn’t become a chore that keeps me from wanting to log in.

But this week, this week it is time to go nuts.  This week’s bonus is to pet battle experience.

For bonus experience I can get on board doing pet battles every day for a week.  I figured this would get me pretty far on my level 1 battle pet backlog.

And then I looked at my backlog and realized that I don’t have all that many level 1 battle pets left to boost up.  In fact, I only had six left.  The whole queue in the Rematch addon, which organizes you pets and lets set standard teams, was 28 deep, but half of those were level 20 pets, which would hit level 25 in a single battle given the bonus.  The rest were scattered between levels 8 and 12.  I wasn’t sure I had a weeks worth of pets to level up.

My immediate response was to go out and catch some new pets.  Vikund, who I take out to do World Quests in Battle for Azeroth a couple times a week, was my starting point for that.  As I went out in the world I watched the map for areas with pets I had yet to catch. 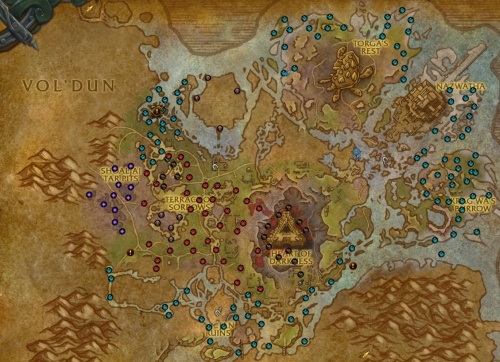 Another addon does this, but I forget which

I would just do some world quests for the current factions that had emissary quests up on the map, stopping by to pick up stray pets with my catching team as I went. 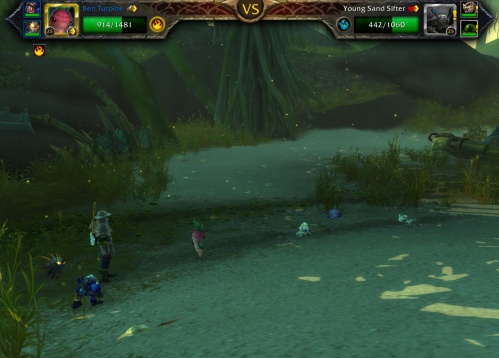 Out in the field catching new pets

I also happened to get the achievement for doing 100 different BfA world quests.

Another achievement on the pile

Just doing catch as catch can I managed to pick up an easy half a dozen new pets while I helped out the 7th Legion on Zandalar. 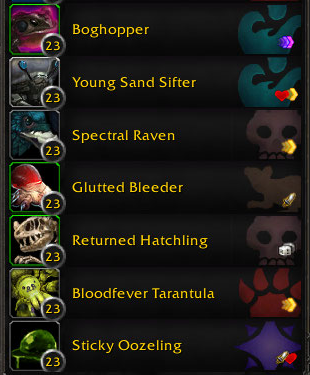 Some new pets in my queue

That did boost my total pets caught, but didn’t give me a lot more things to level up.  Since all the pets out in the later expansions are level 25 by default… losing two levels when you catch them… each of these needed just one pet battle to hit max level, with or without the bonus experience.

I need to find some fresh level 1 pets to take full advantage of this event.  I can always spend some gold at the auction house for a few, though I am now at the point where my missing pets are getting pretty pricey.

I do have one more pet I need to catch in the Eastern Kingdoms, the one that spawns beneath Karazhan at midnight server time.  Then there are three from the Celestial Tournament I still need, though any of those would take longer than the event lasts.  And there are a couple I could get if I upped my BfA factions standings a bit.

But otherwise I seem to be out of immediate access to low level battle pets that I haven’t already caught and upgraded to at least rare quality.

3 thoughts on “Time for a Pet Battle Binge”