Daybreak continues to explore just what “fast” or “casual” or whatever means in terms of a progression server as they announced a boost in experience gain on the Selo server that launched with the 20th anniversary. 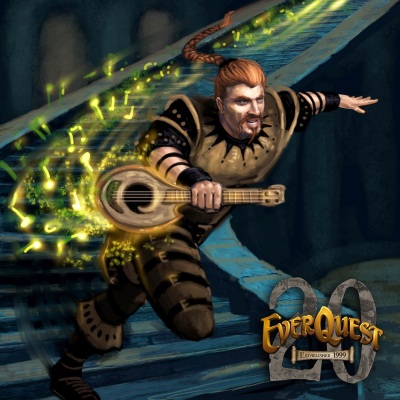 We have been watching and evaluating community concerns by playing on Selo before and after the experience bonus in order to gauge pacing. Given we envisioned this as our fastest progression server, we do want to keep the feel of the 50% bonus players have had as part of the Selo experience for the past three weeks. With the 50% bonus, Selo feels in line with how we presented the intent of the server.

As of noon PDT on Friday (today), the 50% bonus is permanent. After the update on the 17th, the server’s base rates will be updated in code so that future XP bonus days will affect the new, increased XP rates making them truly ridiculous (by EQ standards!).

We’ll continue to evaluate the experience rate – and other rates – as we move forward to make sure it delivers on our vision of Selo without breaking continuity and progression.

I suppose it isn’t so much of a boost as it is a return to what thee experience rate was for the balance of March, when there was a 50% experience boost game-wide.  Players on the Selo server apparently got used to that boosted rate and have been asking for it back in the forums.

I am not sure where that places the experience curve relative to the live servers, since they said it was going to be slower than live initially, but this should allow people to keep up with the speedy unlock schedule detailed in the FAQ for the server.

This does not apply to the other progression servers that Daybreak launched back on March 16.