Before the Imperium’s attack on Tribute in late May and June Liberty Squad was deployed over near Geminate, putting us in the neighborhood of Pandemic Horde for fights.

Then the glassing of Tribute intervened.  We moved some ships up to Pure Blind and left some behind.  Well, I did.  Then the Drifters came and we all went back to Delve.

But even that has settled down and Liberty is off to a new deployment.  The move op was awkwardly set for Friday at 6pm local time for me.  I don’t want to be “that guy” but my wife does like to go out for dinner or a movie or something on the weekend, so I missed that.  But I was able to get on later in the evening and YOLO a Guardian up to the deployment so I was at least present and accounted for.  That Guardian had been in my hangar for a long time, and was caked in grime. 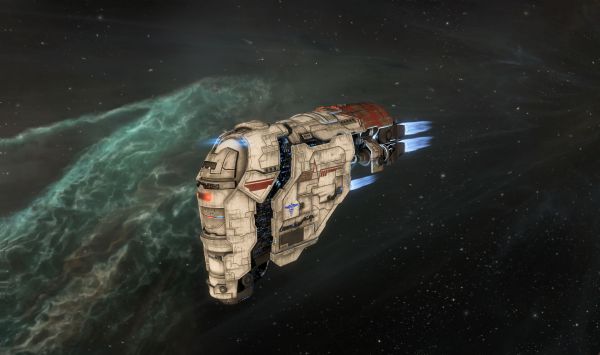 My hope was that the dirt would hide me

I usually clean my ships, but beyond a certain point it is more fun to just leave the schmutz all over the hull.

I still had ships in the east however.  (You might be able to guess the vicinity of the deployment via the nebula in that screen shot.)  The squad arranged a short shipping window during which you could have any excess hauled to Jita.  I repackaged a few ships and sent them along.  However, I still had a dreadnought sitting out there.  I wasn’t shipping that to Jita.

I had bought it while deployed and had insured it at one point when it seemed like we were on the edge of dropping on a super carrier.  However, that did not come to pass and I still have nearly 30 days left on the insurance.  I thought about just gating it through low sec until I was tackled and blown up so as to get my insurance payout and be done with it.

But that just isn’t me.  I am mostly at peace with losing ships in EVE Online.  You have to be in order to play over the game long term.  But I cannot bring myself to deliberately throw them away.  So I went to DOTLAN EVE Maps and looked into how many jumps it would take to get to the new deployment from my current position.

DOTLAN told me it would be just five jumps.  I could manage that.  So I got out a cyno alt and started him off towards the first stop on the list.  He was in a Kestral with a cyno and some liquid ozone and nothing else. 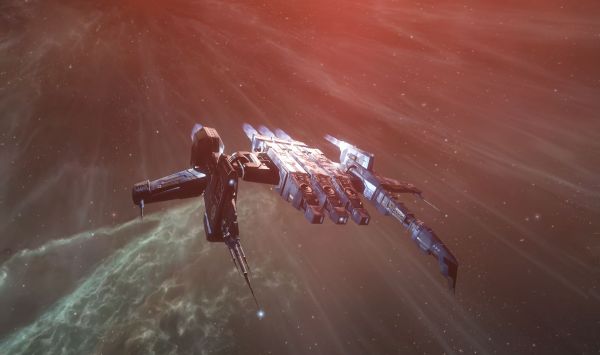 This is the thing with capital ships; you really need two or more accounts if you want autonomy when moving.

I put the two together in a fleet, made one last check of assets in the system (which is good, because I left a Sabre in another station, so I shoved that in the Naglfar’s maintenance bay), setup the cyno in the target system and undocked to jump.

The dread landed about as far away from the undock as it could manage, but was able to motor over and dock up before any trouble showed up.  There were a few people in system and, where I am from, a cyno on the overview attracts attention.

And then came the wait.  When you light a cyno it has a 10 minute cycle time.  While that was counting down somebody showed up and blew up the Kestrel.  Not unexpected.  I picked the Kestrel because I happened to have one handy and had used it as a cyno ship before.  But I realized that my cyno alt now had Cyno V trained.  With each level you train up you use less fuel, and fuel is the gating aspect.  At level V he only needed 250 units of liquid ozone, which will just fit in the cargo hold of the Ibis rookie ship.  And since CCP kindly put a rookie ship dispense button in every structure, I changed my plan.

Instead of using a Kestrel, I was able to buy one close by along with another cyno module and some liquid ozone, I would just fly to the next stop, press the button, fit the cyno to the Ibis, and use that as my jump target.  When I was done I would just strip the cyno off, put it in the Kestrel, then fly off to the next destination.  I fit a couple of war stabilizers as well, since I would only be traveling.  The dread had liquid ozone in the cargo, so after each jump I topped off the Kestrel’s supple for the next one.

I zipped off to the next destination, set up the Ibis, and lit the cyno.  By that time the red jump timer had run down on the dread and I was able to make the next hop. 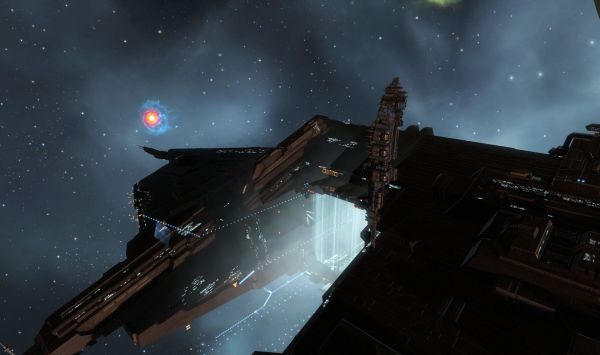 Naglfar arriving at another station

I had initially planned to just make one or two jumps then go to bed.  It was already past midnight for me at that point.  However, that also meant it was a low population time in general, so I pressed on.  Nobody bothered my cyno Ibis and my Kestrel flew pretty freely through low sec as it went from station to station.

It wasn’t until the final station that I got a bit ahead of myself.  I landed, docked up, summoned another Ibis and fit it out.  Then I undocked, move to a likely spot, and lit the cyno.  In the other client I undocked the dread and went to jump… and I didn’t go.

I had forgotten to check the jump timer.  CCP has toned down jump fatigue quite a bit.  But it does still add up after a few jumps.  Previously it had run down by the time I was in position for the next jump, such that I stopped checking.

Now I had five minutes on the clock before I could go.

The cyno would last ten minutes, that was no problem.  But this was our staging system, so it was more heavily populated that all of the previous system and my cyno alt is still in the starter NPC corp.  Still, it was late and nobody was around.  The minutes ticked by slowly.  After three minutes a Malediction undocked from the station.  He looked to be aligning out to go somewhere, but then he stopped turned around, and just sat facing me. 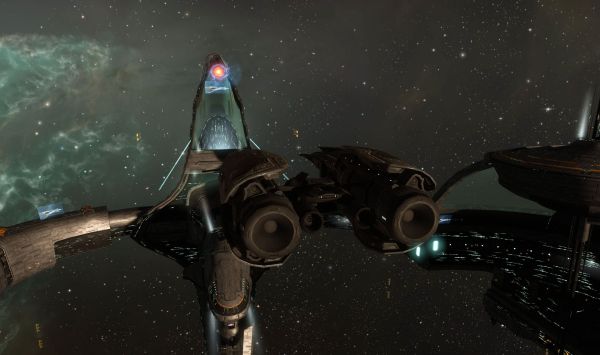 I wasn’t sure what I should do.  He was clearly looking me over.  Do you say “friend!” in local?  Would he believe it, or would that make me even more suspicious.  Null sec is always wheels within wheels that way.  I just sat tight and put “Kick ASCEE” in the local text box, to send that if he blew me up.  That was is corp ticker, and “Kick ASCEE” is not an uncommon refrain.

After watching me for over a minute, he aligned out and flew off.  I guess he figured that since we were in the midst of move ops, that cyno might be for one of our supply freighters jumping in with ships to put up on contract.

Finally, the jump timer ran down.  I jumped to the cyno, docked up, and was done.  My Naglfar had made it to the next deployment.  Now if I can just lose it in the next couple of weeks… or, if not, I guess I can use it to haul ships home.  I’ve already got a few on hand now, so I might as well use that ship maintenance bay if I have it.

That is always a problem for me in New Eden; I collect stuff then have to move it.  How many jumps to get back to Delve?