Our Fortizar in Frarie still stands.  Maybe there will be an actual fight over it at some point. 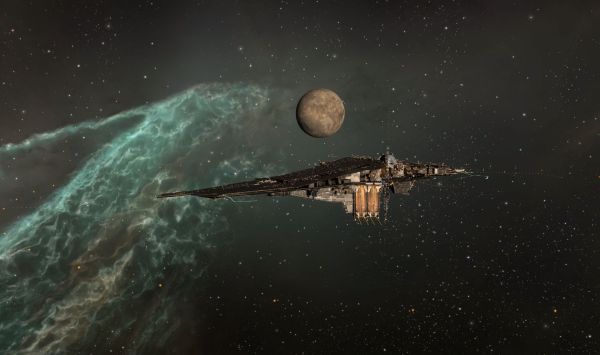 Named “Little House on the Frarie”

Last night wasn’t the night however.  I got home and saw a ping that we would be forming up to defend it.  Snuffed Out had come by and set the armor timer yet again. 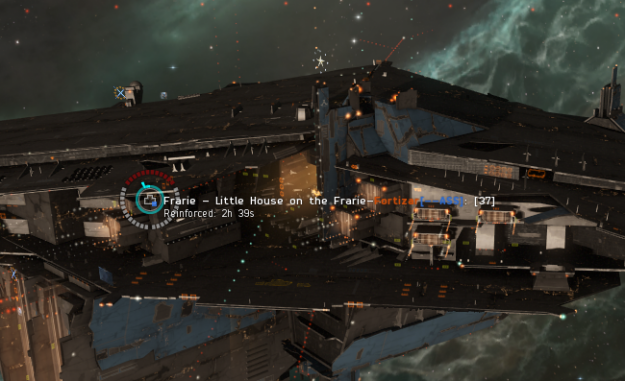 As the time ticked down, we formed up in the Fortizar in our Abaddons and Guardians.  A scout in their home system of Rakapas reported that they were logged in and had eyes on their bridging titan.

But they did not come.  The timer ran down and the Fortizar was no longer in danger.

We were formed up and ready to go, and it was clear that Snuff was as well, though their bridging titan logged off.  They were not going to come to us.  They were expecting, not unreasonably after our past performance, us to come shoot one of their structures like we did on Saturday.

However, Cainun decided that we were not going to reward them with a feed for not showing up to the timer.  The Abaddon fleet stood down, we all got our PAP, and that was that.  Another doctrine was called later and Liberty Squad roamed elsewhere.  No fight with Snuff.

2 thoughts on “Learning Restraint in Placid”