The EVE: Aether Wars testing is back for round 2.

Back in March CCP teamed up with Hadean to do a tech demo during the Game Developers Conference to show what might be possible in the future when it came to huge space battles with thousands of players involved.  They promised then that there would be more such events, and now the second round, slated to take place on Sunday August 18th, is just a week away. 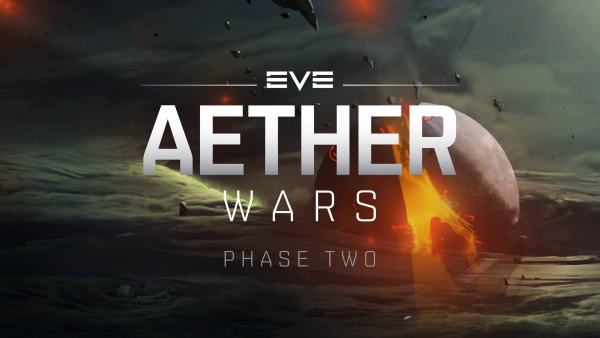 Phase two, round two, whatever…

The first round back in March had some lofty goals, including an attempt to set a Guinness Book World Record by getting 10,000 players into the demo.

CCP had been previously recognized by Guinness for getting 6,142 players into one online battle back during the “Million Dollar Battle” in January of 2018.  CCP and Hadean wanted to shatter that record decisively.

However, they fell well short of that goal.  As the CCP Dev Blog about the demo spelled out, the total live player number topped out at 3,852, with a mere 2,379 being the peak concurrent number of players. Null sec can get more than that in a system just to shoot an undefended Keepstar.

Hadean helped push the stress aspect of the event by dumping more than 10K AI clients into the demo, but those don’t count.  Guinness wants to hear about live people

The event did have some things going against it when it came to that 10K player goal.  It got some press coverage, but not a lot.  CCP wasn’t big on asking people to help spread the word.  It wasn’t clear to some if you needed an EVE Online account in order to participate. (You don’t)  And, probably worst of all, the event was held at 11am Pacific time on a weekday, so people in the US were at work and people in Europe were just getting home from the office and people in Asia were probably still asleep.

I was lucky.  My boss let me work from home that day and take some time out for the event, but it wasn’t the sort of thing that people would take a vacation or sick day to attend.

For the second round the test will use more visual assets from EVE Online.  It looks like we’ll be tooling around in an Abyssal Deadspace environment in something like the Caldari Merlin hull.  The first test was clearly setup around EVE Valkyrie assets. 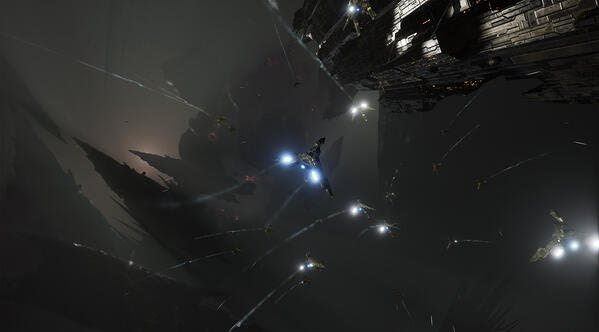 The image suggesting what the coming test will look like

In addition to a more EVE Online feel, CCP is throwing out incentives in order to get people to come participate in the test.

People who sign up for the test will get a special set of EVE Online ship SKINs and somebody will win a free trip for two to EVE Vegas.

So, adding it all up, we have a new test with more familiar art assets taking place on a Sunday instead of a work day with CCP throwing out some gifts to those who participate as well as a travel give away.

It sure sounds like a plan to get more people involved.

Whether or not it becomes a Guinness Book level event remains to be seen, but it seems like they are trying harder this time around.