After warning people that they should pick new PvP servers in WoW Classic lest they face login queues possibly exceeding 10,000 players, Blizzard turned around today and announced the addition of three more PvP Realms to the list. 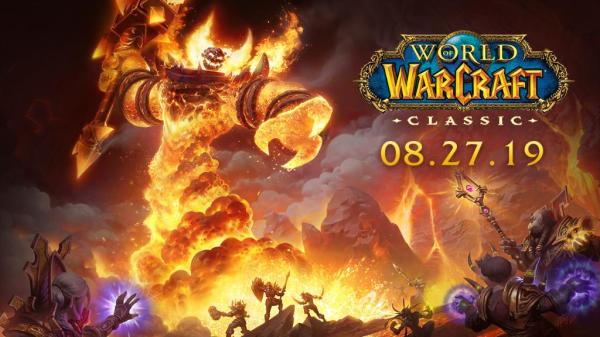 Classic is as Classic does

They had already added one realm to each the US and EU lineup last week.  Today they announced three new PvP realms, two for the US and one for the EU.

The new US servers are:

While the EU server is:

The three new realms will be available tomorrow for name reservations.

Blizzard had said on Friday, when they started warning of gargantuan queues, that they would not add more realms until people shifted off of the most crowded realms, which were Herod (US) and Shazzrah (EU).  That they have now added more realms seems to indicate that people shifting off of those two were not sufficient.

It is interesting to see that PvP realms seem to be the most popular for this nostalgia driven event.  Is it memories of battles at Tarran Mill and the Crossroads driving this?

The last time I checked Bloodsail Buccaneers, the RP server where our group is headed, was one of the more lightly populated servers, which makes a certain sort of sense.  Some people fear to be near RP, lest it be found to be contagious.

The fact that no PvE realms have been required seems a bit odd to me.  But I have no fond memories of PvP in WoW when it comes down to it.  And we still have a week to go before launch, so more may be required.

Maybe somebody will ask about that at tomorrow’s AMA in the WoW Classic subreddit.

Addendum: In addition to the two servers mentioned, Blizz is also saying that the following US servers are now facing long queues.

Again, lots of PvP, but also a PvE realm.  A sign of more servers before the end of the week?

Addendum:  Another server added to the queue warning list.

That least 2 PvE servers and the RP servers the only ones not facing a warning.