I really wish more people had picked SKINs in that survey CCP did about a year back on what sort of rewards we like.  Apparently we all put skill points at the top of our list so now it is all skill points all the time when CCP wants to give us something.

So CCP announced this morning that it is now Bonus Skill Point Week. 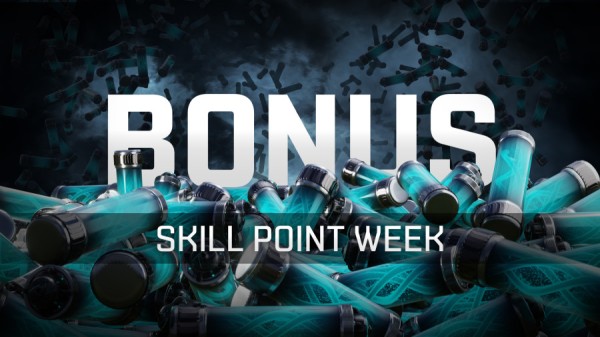 When in doubt hand skill points out!

The routine is the same as it has been in the past.  From today, October 16th, through October 24th, log in every day after down time (which is at 11:00 UTC) with every account to claim some free skill points.

This time around CCP did not say up front how many skill points one could accrue over the course of the week, but the usual split between Alpha and Omega clones is in place.  Basically, you get some skill points as an Alpha, but you will get more, probably a lot more, as an Omega, and the login screen will show you just how many more as an enticement to subscribe.

How to collect your skill points are covered in the announcement linked above, but I am sure you could figure it out if you just logged in to look.

This event joins the return of the Skilling Spree, which came back at the start of the month, as the events for the season.  I am sure some are holding out hope for a new Crimson Harvest, the graphically stunning event that ran last year around this time.  We shall see.

Speculation as to why CCP has decided to throw more skill points at us, what it might mean to MAU/DAU numbers, and how this might relate to the one year anniversary of the Pearl Abyss acquisition and the bonuses related to it will no doubt come up as a topic over on /r/eve.

I, for one, won’t turn up my nose at the offer of some free skill points.  The effort is low enough that I’ll log in my Omega and Alpha accounts.  I don’t think I’ll go so far as upgrading any of the latter however.