I did this last year and it seemed to go well enough, so here I am again.  I try to read, or when unable to find the time, listen to audio books.  Trips are usually good for reading time.  I do not read… or listen… as much as I would like… or as much as I used to back when my time was more free and my eyesight was able to focus on something as close as the printed page… but I do what I can. 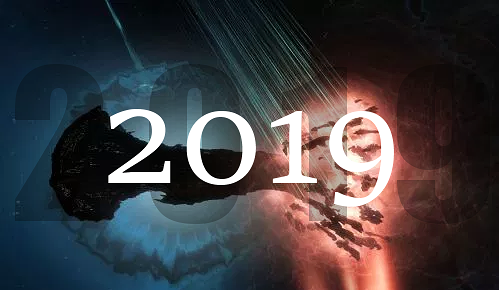 I also log my reading over at Good Reads, which serves the same purpose for books as this blog does for gaming.  It is a record and a memory.  They even gave me a little end of year summary.

According to Good Reads I managed to make my way through about two dozen books this year.  You can see my whole Good Reads list for 2019 if you want.  I’ve actually finished a book since then, and will likely finish at least one more, so the up to date tally is available at that link.

Out of those, these are the five that felt the most meaningful I suppose.

The covers, if you prefer visual representation

The Doomsday Machine by Daniel Ellsberg

Daniel Ellsberg is remembered as the RAND Corporation employee who smuggled out the Pentagon Papers, the detailed study of US involvement in Vietnam commissioned by SecDef Robert McNamara who wanted to figure out how we got in that mess.  It was a big deal and changed the outlook on the war for many.

However, Ellsberg actually smuggled two sets of documents out of RAND, the other being related to the work he had done as a nuclear war planner to support the US in determining its strategy for nuclear weapons use.  He didn’t want to dilute the Vietnam report, so he hid those documents while the government tore his life apart.

And he ended up losing them.  The story of how is in the book.

But he has been able to recreate much of what he had worked on from declassified government documents and his own recollections, which became this book.

It covers US policy on nuclear weapons, the level of command which felt it could authorize a nuclear strike (the movie Dr. Strangelove seemed very possible), and how the US has used nuclear weapons, if not actively, as a constant and ongoing threat, both implied and explicit, as part of its foreign policy.

It makes you wonder how we got through the cold war.

This is a long, detailed, and somewhat dry book, and could easily be dismissed as so much trivia about four groups of colonists who came from England to the new world.  But buried in all of that are a series of attitudes and traditions and behaviors that still influence the US and its politics and regional divides.  It is no coincidence of history that partisans of the English Civil War, the Puritans and Royalists, settled in the regions of the colonies that would later end up as opposing sides in our own civil war.

The book lays out attitudes and traditions that persist through today that make up much of the current Red/Blue political divide in the country.  The book is uncanny in tracing lines from the 1600s through to today.  Also, a bunch of regional words that are often associated with southern or African American culture originated in rural England, where they have since fallen out of use.  Hat tip to The Mittani who mentioned this book on Twitter.

The Peripheral by William Gibson

Some times you just need something new in a science fiction tale.  William Gibson managed that back in the 80s with Neuromancer, which was on my list last year as a re-read.  While not as ground breaking as that tale, it does take what was a new tack for me on what might otherwise be seen as tropes of the science fiction genre.  A good palette cleanser in the midst of some deeper reads.

When I was growing up the generation of leaders from WWII was passing and the mid-to-high level commanders were getting very old.  All of them seemed keen to write their memoirs which created a base of myth about the war, feeding off of and supporting each other.  I hit a point in my 20s where I refused to ready anything about the “big” battles of WWII like Midway, D-Day, Stalingrad, and so on because they were all telling the same story with only minor variations in detail.

It has only been since maybe the late 90s, when the higher ranks of the commanders began to dwindle and so those with a stake in telling a tale that put them in the best light stopped being an influence.  Historians like Anthony Beevor began taking a harder look things and reworking the myths to either discard them or at least make them align to the facts available.

For the Battle of Midway, Shattered Sword has become something of a definitive source.  Focused on the Japanese side of the battle, it dispels myths that have lingered for decades.  My only regret is that it took me about a decade to finally get to it, though the fact that they found two of the Japanese carries lost at the battle while I was reading about them sinking was kind of a nifty coincidence.

Something of a latter day Daniel Ellsberg, Edward Snowden tells the tale of his life.  This is his biography, covering his youth, desire to serve his country, time with the CIA and NSA, and eventually how he went about telling the world about the dubious and illegal activities of the US intelligence community.  In a parallel to Ellsberg’s book, it is surprising how much access and control was being handed to young and not well supervised employees and contractors.  Whether you think he is a hero or a traitor, this is the story of his life and the string of events that ended up with him in exile.  It also lined up well because the book I read next was Legacy of Ashes, which was about how the CIA ended up in the state it was when Snowden was there.

That is a lot of non-fiction there.  Picking five wasn’t a huge effort, but there were clearly some other contenders in my mix.  As the Good Reads banner indicates, I read Margret Atwood’s The Testaments, the sequel to The Handmaid’s Tale, which I enjoyed.  However, I wasn’t for a minute unable to guess how things would turn out.  It felt like something cranked out as fan service to support the popular video adaption of the original book on Hulu.  I also disdain the re-used “academics discuss things” ending.

Good Reads also tells me that the book with the highest review score I read this year was How to Hide an Empire.  But that didn’t get high marks from me largely due to its tone, which was of the hysterical making mountains out of mole hills variety.  Also, I literally knew every talking point in the book before I picked it up, so this alleged attempt to hide an empire hasn’t exactly been a huge success.  I might not have been the target audience here.

I might have put Legacy of Ashes on the list if it had mentioned my great uncle who worked for the CIA in the 50s and 60s and who carried some of those briefcases of cash used to support or overthrow governments in the middle-east.  He also worked with Kermit Roosevelt in Egypt.  But he wasn’t high enough level to get a mention.  When it comes down to it, I wouldn’t kick any of the five titles I have to inject this.

And then there is William L. Shirer.  I have half a post written about his two huge tomes about Nazi Germany and the fall of France in 1940.  It basically sums up to what he wrote aligns up almost exactly to the views of my grandparents generation, who served in the war.  I heard many of the things he wrote come straight from the mouths of my grandparents and their siblings and friends.  His work, while not well loved by historians, captures that amazingly well.

I did read a lot more fiction than my picks might indicate.  Some of it was re-reading that didn’t spark much interest after I was done.  I did start on C. J. Cherryh’s Foreigner series, but after two books I couldn’t stand the ratio of introspection to action.  We read about Bren over-thinking things for about ten pages for every page where something actually happens.  I found that wearisome and declined to go further in the series.

I also went into the Three Body Problem by Cixin Liu due to it featuring as an alleged motivator for CCP for their summer of the Chaos Era.  Like the Chaos Era in New Eden, I found it interesting but tiresome.  I declined to pick up the third book.  I read a spoiler instead, so I know how it ends, so I don’t feel like I missed out.

I did just knock out the first book in a new series from Marko Kloos, who wrote the Frontlines series I mentioned in a post a few years back.  He’s done with that and while I liked the new book, Aftershocks, and I’ll read the next in the series when it comes out, it wasn’t epic.  Good, solid science fiction, but I want to see where it goes.

And then there is the curious case of Ben “Yahtzee” Croshaw, of Zero Punctuation fame.  I’ve read two of his books this year… one and a half as I write this, but I’ll be done with the second before we get to 2020.  His style has developed since Mogworld and makes me feel like he is about 20 degrees off course towards becoming the next Douglas Adams. (Also, he makes video games, which is something else Douglas Adams dabbled in.)  I like his work, I’ll read whatever he writes, but he isn’t quite there yet and I cannot put my finger on why.

I write these posts in advance which, given that they can go up whenever I have a slow day in December, which means they are done with enough time left in the year to knock out another book or two.  And so it was last year where I was able devour a book that might have made the list.  I thought I would mention it

The Collapsing Empire by John Scalzi

Scalzi at his page turning best, creating a universe of lives and politics.  I read this and then the second book in the series and felt thwarted by the fact the third installment was more than a year away.  Such is the life of a reader.  You binge through a hot new title and then there is a year or more wait until the next one.  Odd how television has adopted that model these days, where we get 10 episodes and then wait a year… or nearly two in the case of Rick and Morty… for the next installment.  Anyway, the next installment was due in April last I checked, so I’ll be there.

And so it goes, another year of reading has passed by.  Was there anything great that you read in 2019?