WoW Classic is four months old today, so we’ve been through a third of a year with it so far.  I figured this would be about the right time to look at how far I’ve gotten with actual character advancement and levels and such. 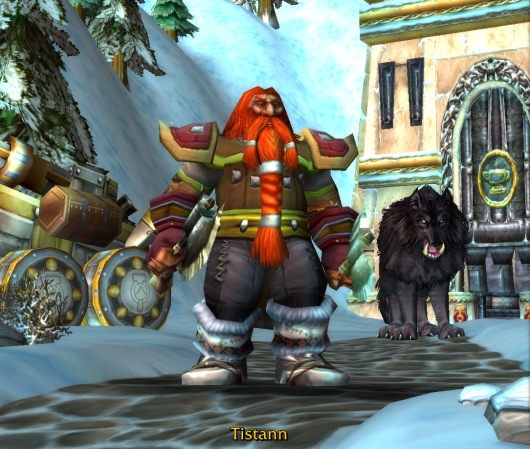 The first character I rolled out with in WoW Classic, joining Skronk and Ula in the dwarf/gnome starter area for the opening night of scrounging for mobs and standing in polite lines.  He was also there at the founding of the Cragboar Rebellion guild and is the guild master.

With all of that however, he is my designated solo character.  It is not that hunters are not good in groups… they have their place… but I wanted a character with which I could range ahead in levels if I so desired.  And Tistann has served that role.  He was level 30 when the core of the group was at level 20 or so.  He has kept ahead of the group and is still the highest level character in our guild, but he isn’t so far out in front anymore.

Tistann is also the guild leatherworker and has made items for several members of the guild… though we don’t have that many leather wearers.

Tank for what I will call “group one” in the guild, or maybe “the guild group excluding those currently residing in Japan.”  He was actually a late addition to my list of characters, rolled up just in case we needed a tank as a backup.  He has since become my most played character in group instance runs.

I trained him in blacksmithing with an eye to having him run up the weapons side of the trade, though I haven’t spent a lot of time working on him.  Like almost all of my characters with mining as a skill, he is still in that ugly gap between tin and iron.  Have to get him out to mine some more.

The first character I reserved… I finally got Wilhelm as a name in WoW… and the second one I got out to start playing.  He started on the path as a protection paladin, until I was reminded how bad they were.  After that he concentrated on retribution.  He is a possible alt in groups when we have Earl along tanking and we shift roles.

I made him an engineer out of tradition.  My main paladin on live went that route back when I started.  I did get him up into iron for mining at least.

Another character rolled up in a “just in case” moment.  He is full on restoration, which is much easier to play as a spec than a holy priest when you need to go out and solo a bit.  He is the backup group healer.  His intro to the role had him way low level for the task, but I have since caught him up.

I opted just to make him a supplier or raw materials, so he skins and mines.  Still needs to get to 125 so he can mine iron. 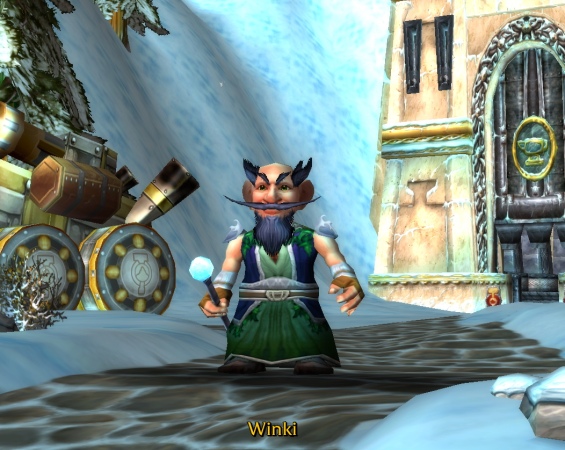 Probably the most “on a whim” character in the group.  At one point we were holding at level 20 and literally all of my possible group characters were already 20 so I rolled something new just to try it out… and got it to 20 as well.  As it turns out, a warlock get the ritual of summoning spell at level 20, which meant I could pre-position Winki in order to bring people out to whichever instance we were running on a given day.  That has paid off a couple of times.  I have leveled him up a bit more just to make running places a bit easier.  Otherwise I have mostly neglected him.

I trained him in tailoring mostly because he had a ton of linen cloth at one point.  Otherwise he is another supplier of skins for Tistann. 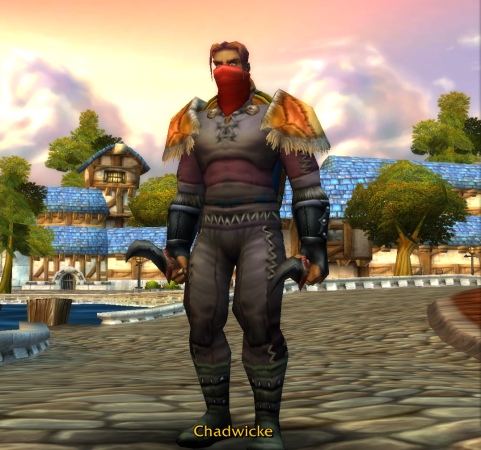 Alas, poor Chad.  When we started to form up the first dungeon group, it seemed like my rogue would be the best fit.  So he was along for the run to Ragefire Chasm, the first big guild project.  And then roles go swapped around and I picked up tank with Viniki while Chad got put on the bench.  I held him at level 20 for a while as Earl caught up.  But Earl caught up so fast he passed by 20 and hit 30 while I wasn’t looking.

Which is a bummer because Chad had his own tag line and everything. 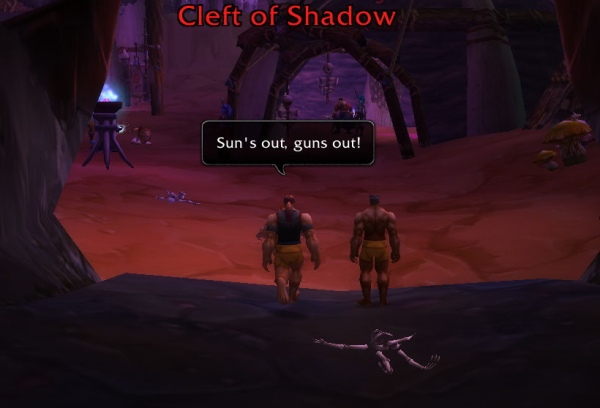 Just time for a catch phrase

I still get him out now and again, but rogue life has been left pretty far behind.

I have rolled three other characters on the Bloodsail Buccaneers server, but the highest level of those is the one I used for the running of the gnomes event, which got him all the way to level 3, which hardly counts.  Still, six characters past 20, and four past 30, is probably enough to keep me busy for quite a while.  That shows my usual inability to stick with one character.

I have been a bit distracted from WoW Classic off and on with the EverQuest II anniversary and new expansion, but I carry on.  The group is still going and I am in this for the long haul.  Also, I haven’t had to worry about gold for a mount yet.

But that is my progress so far four months into WoW Classic.