It wasn’t a surprise that the coalition packed up and started deploying north on Saturday.  It had been hinted at… more than hinted at, there were pings that said we were going on the road somewhere after the weekly fireside and a Jabber channel had been created for the move to match up people with things to move with people with free space in their capitals… for the last week or so.

There was even a new SIG created to serve as the umbrella organization for those wishing to deploy.  Open to everybody in the coalition… no vouch required… the new group is called the Goon Expeditionary Force.  There is, or course, work on forum bees to represent the new group. 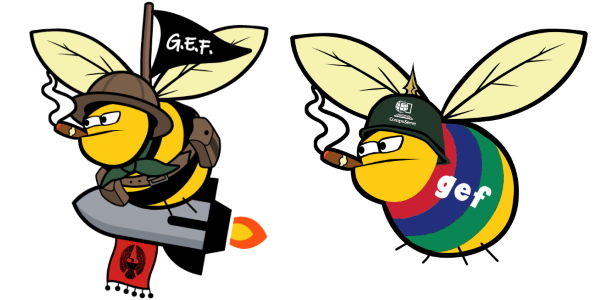 The acronym is GEF and it is pronounced “Jeff.”  That could indicate where Imperium leadership stands on the “GIF” pronunciation conflict.

You might ask what the purpose of a SIG is that pretty much has no barrier to entry.  I suspect it is really just an opt-in for pings related to deployments.  There is back end work already done to make SIG-only pings and there has long been a minor issue of “all all” pings going out and having people not deployed joining fleets from back in Delve.  That is my theory in any case.

There was, however, some worry about getting the whole thing off the ground.  There is a war going on  in the north, with PanFam lurching out from Malpais towards Darkness and Dead Coalition territory, which has meant fights in Venal and Deklein.   We just had to get there, but the game… the game has been having problems for a week now.

CCP was saying it was a DDoS attack early on, then switched to “network issues” as apparently you’re not supposed to give your attack the satisfaction of acknowledging an attack.  I’m not sure that works if you change stories mid-week.  Either way, a lot of people, especially those more distant from the London data center, have been getting this message when logging in. 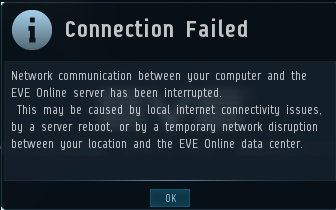 On the upside for some people, myself included, if you dismiss this error and click the “connect” button that is at the bottom of the client you end up in the game all the same.  CCP was even tweeting about that:

Players may be presented with this message on attempting to login. Some players are reporting success if they click OK on the message and then click on Connect below. It may take a couple of tries. This isn't ideal of course and we're still working a resolution. #tweetfleet pic.twitter.com/iw9w8iDWh0

There was some talk on the fireside about using a VPN client to get around the problem.  People reported that with a VPN service that lets you set your connection to be as though you were in London (Express VPN was mentioned) seemed to make things better for some people.  Asher, who had been unable to connect before, was able to get in via VPN.

Of course, this being CCP, getting connected didn’t fix all problems.  Even if you could get into the game there seemed to be a 50/50 chance of chat working for you. 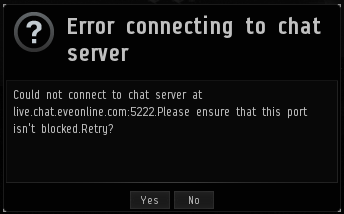 I saw this a lot

I had two clients running and one got connected to the chat server and the other consistently failed.  And, even when connected, things were not right.  You know something is up where local shows less people listed than you see in the station list with you. (Or when you log an alt into Jita and see just 75 people in local.)  I suppose you could estimate how many people were failing to get into the chat server by comparing the fleet chat number with the member count in the fleet window itself.

Anyway, the problems were annoying, but enough people were able to get in to make our own lurch northward a viable proposition.  So the move op commenced.

What can I say about a move op that I haven’t said already?  Lots of ships… multiple fleets, both capitals and sub caps (but no supers)… moving north along the Eye of Terror as we have done many times before.  I know the systems almost by heart.  So it is gates and jump bridges and time dilation and waiting around for other groups to catch up. 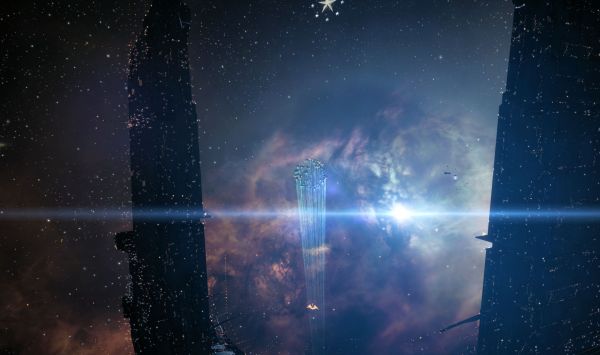 The item of note for the operation was probably the fact that, in the name of speeding up the move, the capital fleet was shoved through Ansiblex jump gates just like the sub caps. 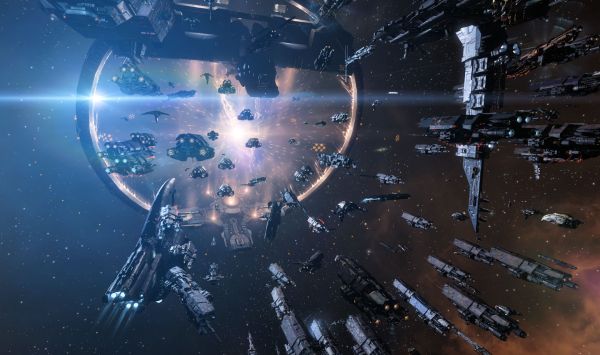 Dreads jumping through with the sub caps

GSOL said they could keep the Ansiblex jump gates fueled as we moved north, at least until we got to the edge of their domain.  So the capital ships were not delayed by jump timers or jump fatigue until we were into Cloud Ring.  GSOL seemed to be up to the job, though there were a couple of points where there was a bit of a wait for an Ansiblex refuel.

After that it was jumping as usual for the caps, though the sub caps were able  to use the Eye of Terror a bit further along.  Eventually though even we were gating our way deeper into the north, through old familiar systems from when we used to live in there. 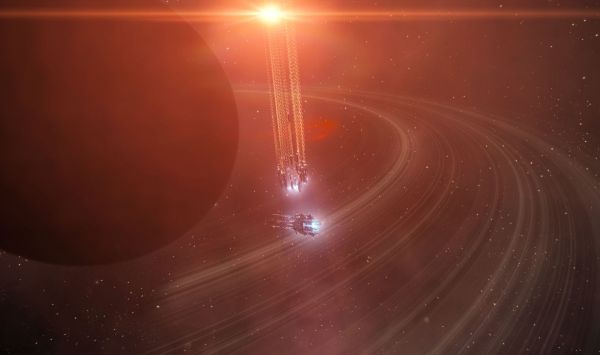 One amusing thing did come up unique to this move op.  I mentioned the Jabber channel that was created up at the top.  The name of the channel was “Geffrey.”  However, some PanFam spies apparently mis-understood the idea of the channel and thought the Imperium was using an in game channel with that name, so joined it… created it by joining it then joined it… and spent some time talking to each other about how we apparently can’t setup in game channels with the right permissions.

This got around so some people in our fleet joined the channel to troll and post memes.  I would have joined but the chat server was having none of it.  It seemed to think that because I had been allowed into the fleet channel and local that I had enough channels and could live with those.

Anyway, laughs were had.

And the move op concluded successfully without anything much to report.  We’re now working out of an NPC station in the north. 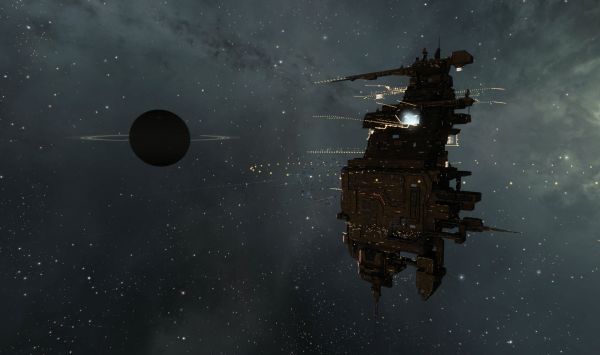 We shall see if the game stays stable enough for us to do much up there.  Even when connected successfully I have seen quite a bit of lag when it comes to responding to commands.  A small op I went on yesterday afternoon was somewhat spoiled by the fact that people’s clients seemed to be working on their own timeline leading people to warp, bubble, shoot, or whatever in dribs and drabs rather than as a group.  CCP has some work to do here still.

Addendum: There is a forum thread tracking the three main issues the game is experiencing now (connections, chat, and lag) if you want to see the current status.  CCP is updating it as things evolve.