I kind of enjoy shooting structures in EVE Online.  That probably has some roots in the early Reavers operations where, deep in hostile space, we would fly around and shoot towers to see if we could get the locals to respond.  Structures are conflict points, places that you can force your foes to come and defend… unless they didn’t want that structure anyway.

And given that we are out in Venal, which is NPC null sec, structures are all the more important as both sides are a ways from home.

There has also been a variety of fleets to roll out with.  I flew down in a Jackdaw, which is a staple doctrine for the coalition, and I had a chance to use that from pretty much the moment we arrived.

It is always good when the FC calls for sniper mode

There are also the torp bomber operations, a staple of the coalition since the Fountain War back in 2013.  With a black ops in support they can be bridged out to a target without all that messy mucking around taking gates everywhere. 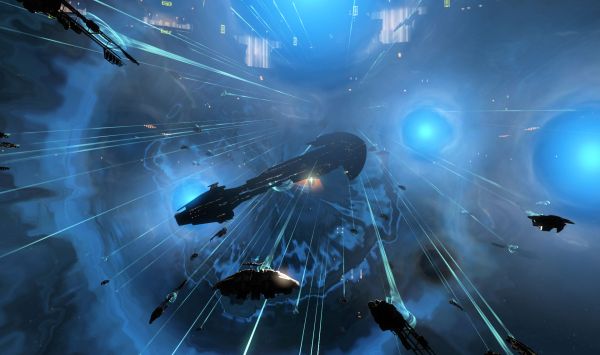 Bridge up, time to jump!

Once out at the target even a modest fleet of bombers has enough firepower to hit the damage cap smaller Upwell structures, so they can be used for any timer stages.  With only three launchers, a couple thousand torpedoes in the cargo hold will last for a few shoots.

While stealth bombers are easy enough to kill, if hostiles show up they can just cloak up and fade away if the opposing force is too big to handle.  And if they don’t show up, we set the timer or get the kill. 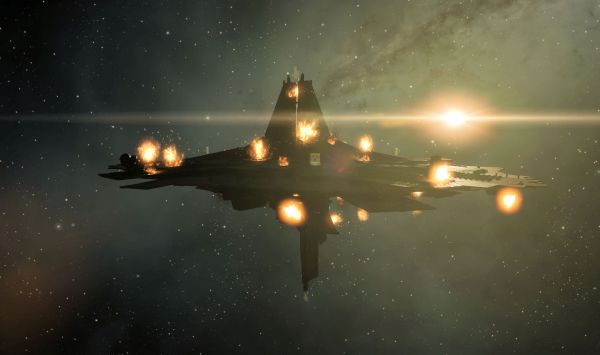 In addition to those old standbys, and the Sacrilege doctrine I mentioned last week, we have a new fleet doctrine just for this deployment based around the Typhoon battleship hull.  We have been north with Typhoons before, as during the Hakonen deployment.  Being cheap and easy to fit for line members, they are back again and represent the ships of the line for fighting PanFam and their battlecruiser doctrine.

A Deacon logi ship in with the Typhoons

When we heard that the hostiles are forming up to fight us over a timer it is time for the Typhoons to assemble.  If we get numbers things tend to go fairly well for us.

For Typhoons I decided to fly with the logi wing, which means a Thalia or a Deacon.  The Deacon is preferred, being cap stable, and only looks a bit like the sorting hat trying to consume a horn of plenty.

Of course, I stuck a combat drone in its drone bay so I can tag targets when things are quiet, though things are generally only quiet when we’re shooting structures and the hostiles don’t show up. 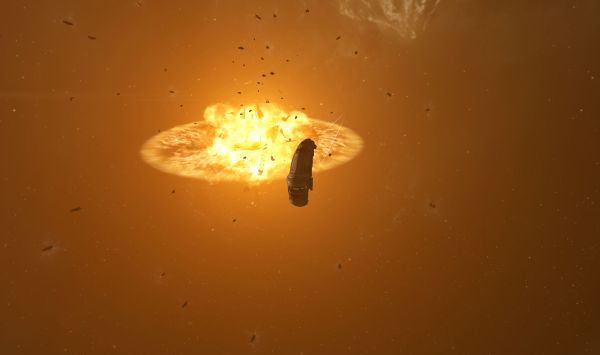 And so it goes.  The deployment so far has been pretty good.  Most evenings when I have some time and a desire to log in there has been a fleet running that I can get into.  And things have been pretty active overall.  My momentary jump to the top of the KarmaFleet kill board has since been thoroughly eclipsed, showing that there have been fights happening.

Given the situation out in Venal, things could stay active for quite a while.  Both sides seem to want fights and there are a lot of structures out there as yet untouched.