All the rage on the Nintendo Switch these days… to the extent that I have been feeling the pressure to join in… is Animal Crossing: New Horizons. 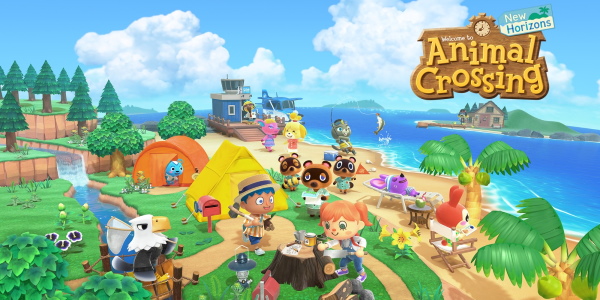 So naturally it was deemed a prime topic for Honest Game Trailers, who explore the game in their own special way.

Sold out in most stores… as is the Switch itself… and now soft-banned in China because people have been sharing their Hong Kong protest themed decor and apparel… I am tempted to join in.

My daughter has been way into this.  But she only asked for a Switch Lite for Christmas because she heard there was was going to be a new Animal Crossing title out for the platform.  Animal Crossing: New Leaf was her favorite non-Pokemon title on the DS series, so she was very keen the new game.

I am less certain.  I never played it on the DS and, while my Twitter time line was filled with talk about the game, I am not sure it would fit in with my gaming needs.  I used to play a lot of Pokemon on the DS at specific times, like when watching sports on TV. (Wife is a hockey fan.)  But now there are no sports and not a lot of quiet time with everybody stuck at home all the time and working from home where there is no longer the hard cut-off of getting up to go home.

And, of course, others have had mixed relationships with the title. 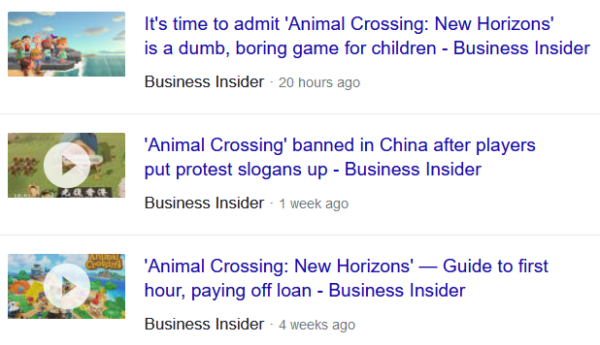 Business Insider is of several minds…

If it were not $60, I’d be more inclined.  Likewise if I had finished up Pokemon Sword already, but I am only at the 6th gym there.  Again, finding time/place/peace to play it can be a challenge.

But my daughter is all-in and enjoying it still.  I am trying to get her to throw together 500 words about it, but she is simultaneously too busy for that and chafing for something to do.