I will say that Niantic has worked pretty hard to keep Pokemon Go viable and interesting during this era of pandemic, when people are spending a lot more time at home.

They have thrown a lot of small changes against the wall to see what sticks and have not been afraid to change them up as time has gone on.  My personal favorites have been having eggs hatch in half their usual distance walked and for allowing double the amount of gifts to be stored in your inventory.  Also, they made incense actually useful for now. 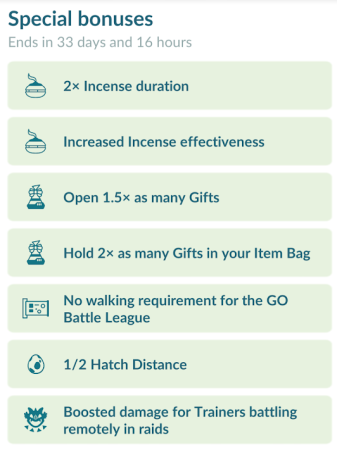 At least another month of these

But the best new item so far for me has been the remote raid pass.

My wife and I together can handle 1-3 star raids, and maybe a 4 star raid if we’re doing pretty well, but a 5 star raid needs more people and, of course, five star raids are where the legendary Pokemon show up.

We had managed a few in the past.  We’ve been at the mall… remember the mall… when a 5 star raid hit and have been able to join in with a larger group.  But you have to be there at the right moment or it just isn’t going to happen.

With the remote raid pass we can now jump into raids that are within range of our location.  Given that there are six gyms within range of the couch in our living room, that means more opportunities than ever.  We have both been able to catch the latest legendary Pokemon in the rotation. 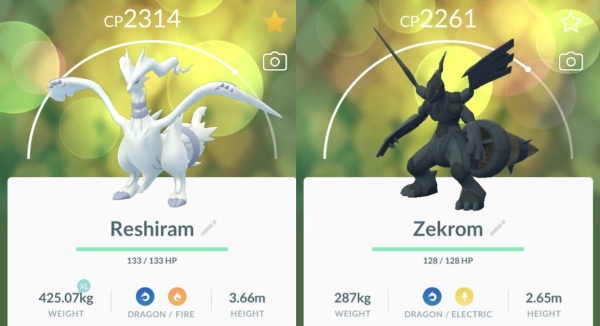 As somebody who has always been more of a “Gotta Catch ’em All!” player, this has been something of a boon when it comes to filling out the Pokedex. 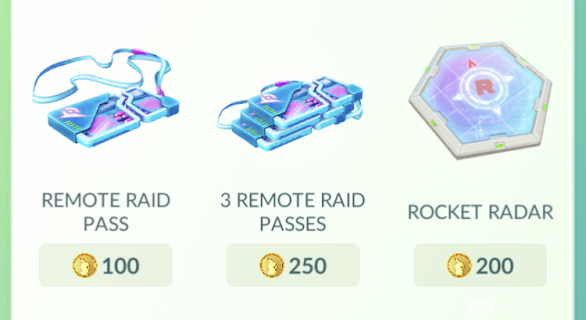 Remote Raid Passes in the Store

But I am willing to spend coins on things that are useful.  Generally I save up and buy whatever the latest box is that has the most incubators for the price, but now I am good with remote raid passes as well.

Now we just have to wait for the rotation of featured Pokemon in the 5 star raids.  There are a lot of them I had missed in the past, so I have a chance at them if Niantic puts them back in the lineup.