The Covid-19 pandemic has kept many of us at home for more than four months now.  All that staying home has led to a demand for entertainment.

Oddly, video games haven’t proven quite the outlet for me that you might imagine.  The problem is that I have also been working from home for more than four months, so I spend 8-10 hours a day sitting at my desk in front of a computer.  When work is over, I often feel strongly that I need to get up and go somewhere else in the house rather than switching over to play a game at that very same desk.

So, for my wife and I, with no movies, no going out to dinner, and not even any sports, the television series has become the entertainment outlet for us.  We are subscribed to a few streaming services which offer us up full seasons of shows, and so we have spent time binging on those.  I’m often tempted to write something up about each as we finish them, but that means going back to my desk again, so I have been slacking on that.

Now, however, I am going to sum up some of what we watched both as a public service as well as a reminder to myself as to what we have watched.  This is in some sort of order close to chronologically related to when we watched them, but there was some overlap.  The bullet points are the title and the service on which they are currently available. 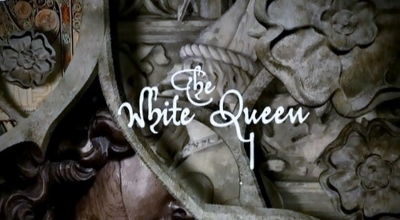 That is a three-fer right there.  Based on the books by Philippa Gregory, they cover the War of the Roses and its aftermath, spanning a time frame that covers a few of Shakespeare plays.  They represent and ongoing story, though each series was filmed independently and is a complete story on its own.

A good set of tales, if not fully historical at times, they point out the key problem of the War of the Roses, which was too damn many people named Henry, Edward, Elizabeth, and Margaret.  Seriously, at one point I think there were four Henrys, three Edwards, two Elizabeths, and two Margarets in play, and more came and went.  We had to pause to establish which Henry or whoever was being referenced at times.

Also, a completely new set of actors takes over for each series, which can be a bit of a test when the same characters can span series.  Still, some good fun, if you like that era.  I enjoyed watching the 1995 film version of Richard III after this to see how many of the same people were treated by the two perspectives. (Also, that movie is a must for the casting alone.)

Starz had a $25 for six months deal on their streaming service, and these three made that worth the money.

More historical tales, this one is a comedic look at Catherine the Great and her early time in the court of the Czar.  I had to double check that this was a US produced series, as we’re not usually that big on European history that doesn’t involve us directly.  Very funny at times, often crude, and feeling no need to adhere to any particular historical accuracy, it can be quite a ride.  The main problem was it felt like about 8 episodes worth of content in a 10 episode series, so it flags a bit towards the end.  Still, I was good with it.  Huzzah!

Good for: Really tolerant history buffs and people who kind of miss Blackadder.

I don’t think I have laughed out loud as much in a long time as I did during the first two seasons of this series.  Hank Azaria’s character is relentless.  This humor is often crude and rarely strays from sex, drugs, alcohol, and his character flaws.  Very much not for children.  Gets serious at the end of season two and into season three, then completely flies off into a bizarro future history in season four, but is still pretty damn funny.

Good for: Hank Azaria fans, baseball fans, and anybody who might like a Filipino knock-off of Hart to Hart.

A solid interpretation of the novel by Nick Hornby, transplanted to New York City in the current era, so mix tapes are out and play lists are in.  Vinyl though, that is eternal.

The cast is very good and the story flows well enough.  My main problem is that this series exists in the same universe as the 2000 film version of the novel which is a favorite of mine.  The series seems tame and a bit flat compared to the manic energy and comedic rhythm of Jack Black and John Cusack in the film.  Also, the characters in the TV series are not even half as obsessed about music as the film cast is, and that obsession really drives the characters at times.

Basically it is the same issued I had with the Catch-22 series; if I already like the existing film version a series really has to work to get away from that comparison.

Good for:  People who haven’t seen the movie… or read the book probably. 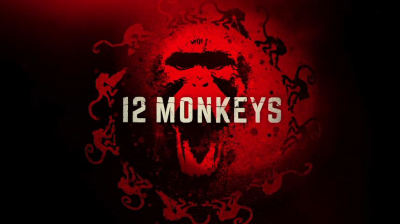 I think Hulu is our best value for streaming services at this point.  Also, another series that is based on the same work as an already existing film that I like.  A Terry Gilliam film no less, so you know I have it on DVD on the shelf already.  Oh, and the series is literally based on the film so, while I don’t know how that works legally, it certainly qualifies as a great big “Danger Will Robinson.” (Which reminds me, I need to put Lost in Space on the list for next time.)

That said, the series didn’t just copy the movie.  I suspect the lack of a popular novel as the original source material meant that they didn’t have to go scene for scene to meet expectations and could run with their own plan.  And that plan seemed to be to illustrate that no simple plan ever ends as expected.

The first season is a non-stop roller coaster of “if we just jump somebody back in time to save a person, kill a person, or stop an event, then our problems will be solved.”  That never happens.  I mean, of course it doesn’t or it would be a very short series.  But you do end up with a lot of plans and time spent figuring out what they missed and the jump back in time to fix that only to find there is some other complication.

Season two is a little less jumpy on the timeline, but still full of paradoxes and unanticipated results.  We haven’t started on season three yet.  We’re still a little dizzy and needed a break to watch something else.  The acting is good and I like most of the cast.  It will hold your attention.  Just don’t expect resolution, or even answers half the time.

Good for: People who like their time travel shows to be complicated.

Next time: Maybe something not on Hulu.