In parts one and two I went on about shows we started on fresh.  But the binge-watching life isn’t all about brand new shows.  Sometimes the agonizing year long wait ends and something you watched before comes out with a new season.  So I am going to cover a few of those shows we’ve watched and, in the process, answer the most important question: Do you need to go back and watch past episodes? (You should just watch everything if you haven’t started on a show, but if you’re up to date and a new season comes along, the question is valid.)

We watched the first three seasons of Homeland way back in the day, back when it wasn’t clear that Carrie Matheson was really the central unifying figure of the show.  Also, I think we watched on DVDs from Netflix.  Somewhere along the way we caught season four.  And then, when surfing around for something to watch I saw that Hulu had all but the final season available, so off we went.

Carrie is clearly the center and a pattern is now apparent where she must at some point each season:

She is both the best and worse of the show.  Fortunately, there is a host of excellent supporting roles to hold things together when the script sends her off the rails and I find the stories interesting… though some seem very quaint given our current president.  Somebody agonizes over doing a mildly bad thing that Trump would approve in a heart beat.  I keep thinking, “Remember when somebody would resign over that?”

Now we just need to find season 8 to finish up the series.

Good for: A look back at some old school political and spy drama.

Do you need to rewatch past seasons: No.  Carrie will mouth enough connecting exposition about her current status with the agency and Saul to let you know where things stand.

A psychological police drama about a detective who comes back to the force and is back following a serial killer who was active before she left.  Trouble at home and her of mental trauma play into her view of the world and make her a compelling character.  We burned through the first two seasons pretty quickly.

Good for: Somebody who wants an investigation that might leave unanswered questions

Do you need to rewatch past seasons: No.  For the first couple of episodes of season three you’ll think you have to, because nothing makes any sense, but eventually they explain.  Just ride it out. 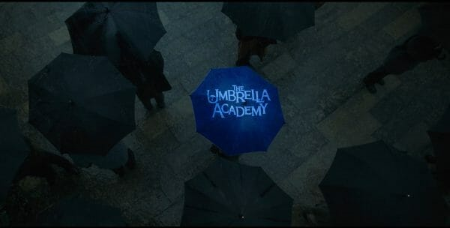 The unorthodox time and space bending super hero story about a set of kids, all born on the same day, who were collected and adopted by one Sir Reginald Hargreeves who wants them for their super powers.  Crazy, compelling, interesting, and fun to watch.  I enjoyed it.  Season two just makes things all the more crazy and compelling.

Good for: Somebody sick of the scale of MCU.

Do you need to rewatch past seasons: Oh fuck yeah.  If you go into season 2 and haven’t recently watched the first season, you’ll end up having to pause and look things up just to keep things straight.  There are way too many moving parts.  They do a quick summary, but it isn’t enough.  If you don’t know their numbers and their powers by heart, just watch the first season again.

A charming, fresh, exciting new show in its first season, featuring spy craft and assassination in the current day, Killing Eve grabbed a lot of people  Then the show didn’t quite know what to do with itself after the first eight show run.  First season good, second season okay, third season… unsatisfying.  The Eve and Villanelle dynamic is what gives the show life, but they can’t always be sneaking up on each other I guess.  And Jodie Comer (who was also one of the Elizabeths in The White Princess which I mentioned in part one) plays the quirky Villanelle so well that even unsatisfying was fun at times.

Good for: Somebody in search of something that seemed charming, fresh, and exciting in 2018.

Do you need to rewatch past seasons: The past seasons are the good stuff.  If you dive right into season three you’ll feel a little lost, but I’m not sure you’ll care. 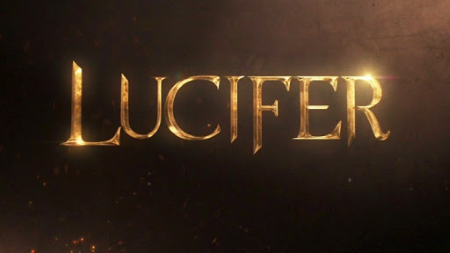 The devil has left hell and got himself a nightclub in LA… you’d probably think Vegas first, but really, LA is where he would go when you think about it… under the name Lucifer Morningstar.  He can help people get what they desire for a price.  And then he runs into Detective Chloe Decker of the LAPD and the whole thing turns into Castle set in LA with the devil rather than a mystery writer.

Still, I liked Castle for a few seasons.  The problem is that in both the main question is whether the devil/writer will finally get together with the homicide detective and you can only put that off for a few seasons before the question has to be resolved, after which the show dies.  Or, at least that was what happened with Castle.

It is dumb, and was a Fox show for three seasons, so there are a lot of episodes where the quality varies, but the actors are mostly good.  Lucifer his siblings and parents become part of the plot and they are often much more interesting than the petty grievances of mankind.

Good for: Somebody who wants a remake of Castle with the devil?

Do you need to rewatch past seasons: Nah, it really isn’t that deep.

Based on the 2011 film, there is a secret government super soldier program, some wolf DNA, some young girls, and… well… call it a girl’s school version Jason Bourne.  Lots of action, evil government operatives, top secrets stuff, and so on.  The first season was okay, though not all that memorable.  The second season goes a little more into project Treadstone… erm, UTRAX… and the girls, their school, and their mission.  Things are still over the top, but I found it more interesting.

Good for: Somebody who wants a girl’s school version of Jason Bourne?

Do you need to rewatch past seasons:  The first season is so narrowly focused that you’ll get by even if you’ve forgotten it.  Flashbacks and characters stating exposition will fill in the gaps.