Things were happening and CCP was keeping its cards close to it collective chest for the last couple of days, so I really felt I couldn’t even start writing a post about the update until they released the patch notes and the game was up and live again because there were any number of things that could have potentially been in the update.

And then all of them showed up, so I am just going to go down the list a day later than usual.

The Triglavian invasion has culminated in an event that has taken the 27 star systems that reached final liminality, detached them from their old stargate connections, and created a new wormhole flavored region called Pochven.

I left a char in Niarja

On the old map you can see the region name. 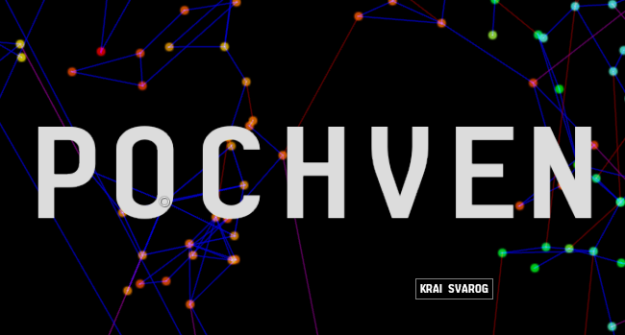 Just a big name in space

With the new map it will actually show you the gate connections. 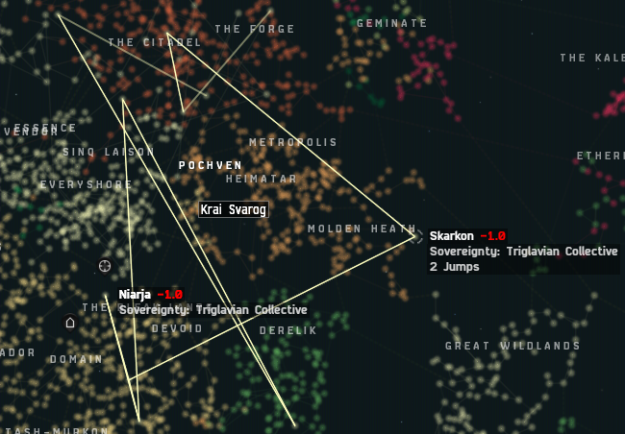 The route between the stars in the new region

There have been few maps of the new region circulating.  I like this one I found on Reddit:

There is also this one I have seen floating around, which is a little clearer, but I am not sure where the original source for it was, otherwise I would link it.

This one has constellations

As for what all this means, CCP says the following in the patch notes:

I think Elise Randolph had a better/more useful summary on Twitter:

Warning on getting Triglavian standings: rogue drone sites are an exploit now.

Meanwhile, back in normal space, the gates to those systems are just gone, vanished, kaput, missing in action, like they were never there in the first place.  I am sure this is going to be a huge pain for Wollari, who runs DOTLAN EVE Maps.

So now the run between Amarr and Jita, which was made more dangerous by the change to Niarja, has been made longer even if you’re willing to take the risky route.

I am sure more will come of this.  I hear that stargates around New Eden are still experiencing outages.

And since Elise mentioned ore, we might as well get to the big mining change.  I hope you refined all your ore before the patch since it will refine less now… except maybe Hedbergite, which is getting a nocxium boost.  That is supposed to get people to go mine in low sec.

This was all covered by the Resource Distribution dev blog and the essentials have not changed.  Where ever you live in New Eden you are likely going to find less rocks to mine, the rocks you do find will have a smaller mineral yield, and some minerals you used to find will no longer be around your part of space.

The patch notes spell it all out in more detail.  Despite using the word “distribution” in the dev blog, this is more of a drastic reduction.  Even I was out mining a bit to build up a hedge against the future, where I expect the price of everything will climb.  The October MER will should be interesting.

As I mentioned in a post a while back, CCP has been working on a way to turn off 3D rendering and only display the UI.  This was available on the test server, but has gone live on Tranquility with this patch.  Those of us running multiple clients in large battles around Keepstars will no doubt avail ourselves of this feature once we have another big fight.  Of course, dropping Keepstars got a little more complicated due to the next item.

The second stage of the Quantum Cores plan has come in with this patch.  Initially, the cores were made available for sale and Upwell structures got a bay into which cores would eventually be installed.

With this update any new Upwell structures deployed will require a core to be installed before it will become fully functional.  Until the core is installed services, including tethering, will not be available.  This will make deploying more Keepstars in NPC Delve slightly more awkward as somebody has to haul in that core to install.  If they don’t, they won’t have the tether advantage they had during the second FWST-8 fight.

Existing Upwell structures do not have to have a core installed until January 2021.

Another module group has been normalized in naming and stats.  Honestly, I am not sure I know what an ECM Stabilizer is.  But that is EVE Online.  Lots and lots of ship modules.

You can blame this one on the current war in Null sec because those seem to be gumming up the outstanding calls list when we have those big fights. 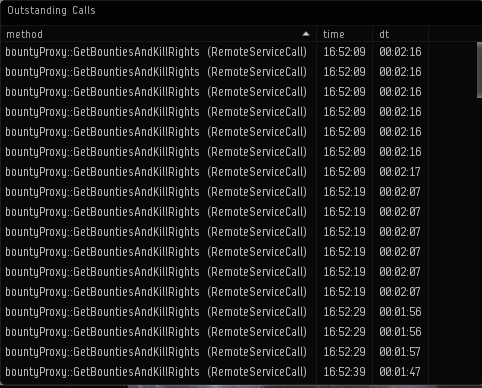 Announced in a forum post, this is temporary while CCP investigates what sort of performance hit these calls may be having.  They pop up every time you target somebody or somebody targets you and tend to dominate the queue.  If this led to CCP revamping the bounty system (again) into something more useful, that would be nice.  Kill rights are also being turned off temporarily because they are connected to bounties aand can similarly gum up the works.

This does not affect NPC bounties.  That limitless ISK faucet will continue to flow freely.  However, if you put a bounty on Brisc Rubal in an attempt to help him achieve his goal of being in the top ten for bounties, you can’t get your ISK back.

Apparently there was a change made to how in game fonts are rendered, which some people love, some people hate, and some people, myself included, didn’t notice until they saw somebody going on about it.  I guess they’re fine.  It is hard to tell on the big monitor.  I have to wear my glasses to see them still.

There were also a lot of small changes and fixes and the usual stuff that comes along with any update, just more so than usual.  All in all this was a pretty big update that will have a lot of long term impact.  I feel like this update should have been given a name so at least we could curse it later on down the road when all the unintended consequences come home to roost.

Or maybe everything will turn out great.  We’ll have to wait and see.

For those wanting more details, the patch notes have been posted.  There are also the general feedback and known issues threads in the forums.  My favorite known issue is that some hangars outside of the Triglavian region have the Triglavian decor.  Seems like a win, but that might just be me.

Meanwhile, CCP has announced that we have entered the fourth development quadrant for 2020, the Phoenix Quadrant, and has previewed a bit of what we can expect from development as well as launching another pack that sells skill points for cash.