Since the big level squish hit last month with the Shadowlands pre-patch, I have been playing a lot more retail WoW than WoW Classic.  It has been something new to explore.

I started with three characters at level 50 after the squish and have managed to work half a dozen more up to that level, giving me a total of nine at the cap now.  I also played around with the new starter area with a few fresh characters just to see it, but haven’t really committed to any of them.  They mostly represent classes I already have at level cap, so there isn’t a lot of pressure to push a duplicate unless there is a second spec I want to try.

So I started looking at what I did not have at level cap and realized that I didn’t even have a Demon Hunter on my character list.

The Demon Hunter class came in with Legion and I know I rolled on up at some point, but I recall never getting out of the starter area.  I must have deleted that character later on during a clean up of barely started alts, because they were gone.

So that became the plan, to start a Demon Hunter in the new squished reality of Azeroth.  Demon Hunters need to be elves, blood or night, due to lore reasons, and I decided to go with a Blood Elf this time around just to expand my Horde character base.

For whatever reason, Demon Hunters start at level 8 now, which is 90 levels shy of their old starting spot.  So goes the squish.  Allied races and Death Knights, which both skip the new starter area kick off at level 10.  But the DH gets 8.

Otherwise, you are in the same starter area as before.  I had vague memories of a few of the quests.  The zone is shared, which means a lot of things have to be available in parallel, so it can seem a bit chaotic as you excuse yourself as you pass through some respawns because you’ve done that bit already.

Quietly waiting for the elevator amidst the chaos

I made it through the core part of the tutorial.  If I am remembering correctly, I must have left off just before I got to the part where you move on to Orgimmar.

The fun bit is that the DH starter area is wired directly into the Legion expansion, so rather than showing up in the Battle for Azeroth timeline, you carry on into the Legion intro where you get to see Sylvannas become the Warchief of the Horde and hang out with her for a bit. 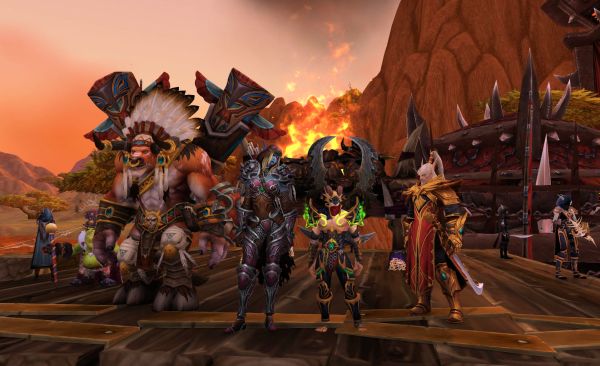 She sounds like Holly Hunter and always looks a bit bored

Then there is Khadgar and watching Dalaran warped off to the Broken Isles, and you are pretty quickly stuck into the Legion expansion.  I was probably level 15 or so when I got there and was immediately sent off for the special class/spec weapon that was the hallmark of the expansion. 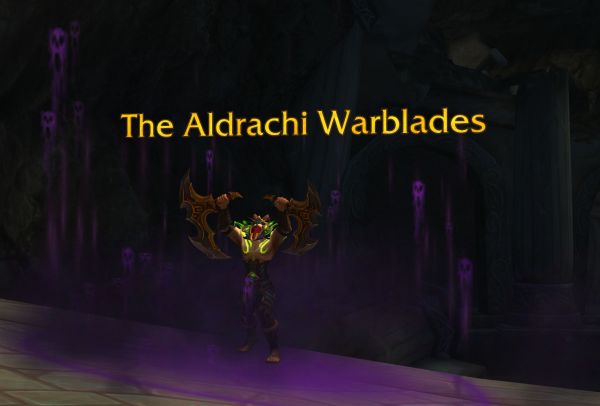 I hope they scale like heirlooms, because I need them until 50

You also have to go to your order hall, which for the DH means jumping off the flight point area and gliding down to one of the islands floating nearby Dalaran.  Not as epic as the warrior leap into the heavens, but it gets you used to using your glide skill, which comes in very handy.

There is the order hall stuff, which is pretty much the same in each even if the scenery is a bit different, after which you get to pick your starting zone.  But in the running around Dalaran it is possible to skip out.  Over by Khadgar in the Violet Citadel in Dalaran stands Nathanos Blightcaller with a quest.

I am pretty sure his quest sends you through the portal to Orgrimmar that sits behind him and starts you off into Battle for Azeroth.  If you like wicked Sylvannas, there is your chance.

I didn’t go find out.  I decided to stick with Legion.

I opted for Stormheim, one of my favorite zones in the expansion, and was flown out there.  But when I arrived there wasn’t a quest to be seen.  I think there might be an issue here.  I rode around for a bit, straying into Highmountain.  There I picked up the started quest for that zone instead.  I like Highmountain too, so I carried on with that.

2 thoughts on “A Demon Hunter in the Level Squish”