Time to sum up the story so far, if only to organize what I have written. 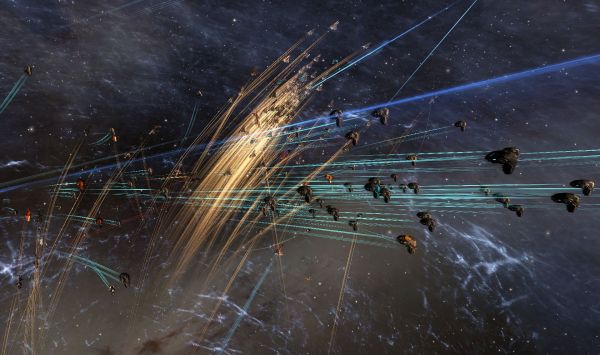 The war officially started on July 5th with the end of the non-invasion pact between the Imperium and Legacy Coalition.  But nothing like that just happens on a single day.  The roots of the war go back much further and various points have been pointed to as where things began to head towards the state of affairs today.

I am not going to go down that rabbit hole.  Instead, I am picking as the start of things, the date when it became public that Vily and Legacy Coalition had been working PandaFam to attack the Imperium.  That extends the timeline by a couple weeks, but that was when things started moving… and when I started writing about the war and tagging it as such

Below is my post journey through the war so far in headline form.  This includes some events outside the war zone that involved the involved parties.  Each link goes out to the post named naturally, and often the headline is sufficient to tell you what to expect.  But somehow… and this was entirely unplanned… I ended up writing a weekly summary post.  For those posts I have added a few sub bullets to hit on the topics mentioned beyond just the state of the fighting.

And that is where we sit some six or so months into the war, with 71 posts documenting the path I’ve taken.  The battles over the M2-XFE Keepstar has given the Imperium some breathing room to push back on the invaders, but the war is still in Delve and PAPI still has a Keepstar one gate over from our capital.  There is much left to do.