This was the week of fish and pigeons in the Imperium. The Mittani told us the story about his fish dying as well as a tale from his youth when, as a young child, he was chasing pigeons around and managed to grab one… then immediately let go because he didn’t know what to do with it once he had caught it.

Somehow this pigeon thing has become his metaphor for the situation in M2-XFE.  We have grabbed the pigeon… in this case, a multitude of hostile titans… and we better not let go.  I don’t think a pigeon is necessarily the best metaphor, but that has become it for the moment.

Pigeon metaphor aside though, events in the war remain focused on the trapped titans.  Locator agents report that there are at least 318 still logged off around the Keepstar grid in M2-XFE and PAPI needs to do something about it.  Or Legacy does.  It seems that the old titan hands from NCDot and Pandemic Legion are content to wait for months until the time is right in order to extract.  But they are also from an era when you had a dedicated titan alt, because they were essentially space coffins you could never leave before we got Keepstars.

The younger generation of players with big toys, those who have become used to skill injectors and being able to dock up a titan or super carrier like any other ship often have a “do all the things” character, and having that character trapped and logged off in a hostile system is a hardship that restricts what they can do.  Organizations with players like that are feeling the pressure to get them extracted.  That falls a lot on Legacy, though Pandemic Horde has its share of those anxious to escape.

And there is now a timer starting to loom over the situation.  The Imperium retook the ihub in MX-XFE back on January 6th.  That started a 35 day count down, at which point the Imperium will be able to setup an Ansiblex jump gate into the system, making reinforcement of the hell camp much easier, and cyno jammers, which will keep PAPI from dropping capital ships to support any extraction effort.  They have to get out by mid-February or face an even more difficult task.

There was a lot of activity on the Delve front, ihub contests, structures reinforced, and even a Fortizar dropped by PAPI in 1DQ1-A, the Imperium capital system.  But all of that seems to total up to PAPI looking for ways to occupy the Imperium, get our collective eyes focused elsewhere, so that they can do an extraction attempt in M2-XFE.  Somehow they always have a HAC fleet or two able to fly over there no matter what is going on, usually to the detriment of whatever operation they were allegedly involved in.  And then they run into the hell camp on the Keepstar.  So not a lot on the map has changed.

PAPI’s continued feints and thrusts into M2-XFE help keep the hell camp alive.  They have had a bit of success.  Just after downtime last week they were able to log in and jump out four titans that were on the Keepstar grid, but closer to their old Fortizar location.

Then on Friday night they made a big push and cleared all the bubbles above the Keepstar in order to attempt an extract of capital ships trapped up there.  Their pings on Discord sounded like they were going all in.

PAPI straying near to hubris

However, the shredding did not appear to be enough.  They did extract five titans and maybe a dozen super carriers, but upon losing two super carriers, they gave up and went home, having lost over 100b ISK and inflicted about 53 billion ISK in damage according to the battle report, and leaving more than 300 titans still trapped.

The M2-XFE situation continues to be a drag on PAPI’s ability to engage in effective offensive operations.  Despite still being able to bring more pilots to any fight they choose, their effectiveness and willingness to fight and take necessary losses feels greatly reduced.

I did not hear much about the Catch front over the course of the last week.  Fights are still happening, some ihubs changed hands, and TEST lost a two Fortizars to the Stain Russians.

And that metaliminal storm that looked like it might head into Querious to follow the other one that went that route, changed its mind and moved back into the core of Brave’s space.

Over in Querious the last Brave ihub was destroyed, leaving a lot of unheld systems in the east and center of the region. 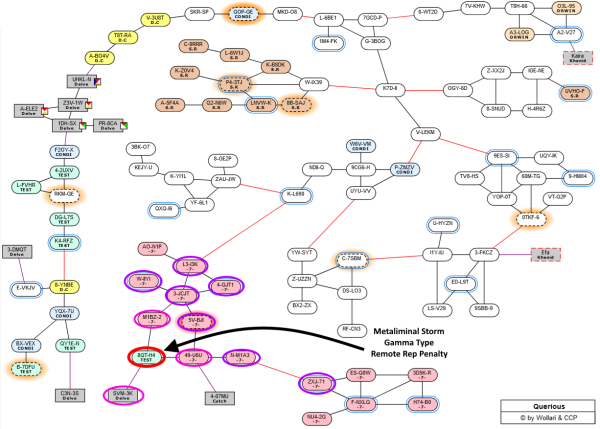 Esoteria remains the same when it comes to ihubs, so I get to reuse the same map fragment yet again. 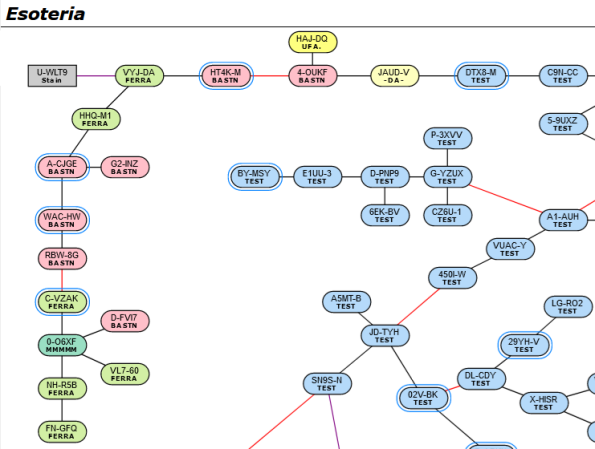 Like the team in Catch, the Esoteria crew managed to bag a TEST Fortizar and a Tatara as well.

And up in Fountain there was a bit of activity over ihubs as GaNg BaNg TeAm moved in to take a couple of ihubs on the far side of KVN-36.

Leaving my alt in M2-XFE in a Rokh to participate in the M2 hell camp when I have some time has turned out to be handy as I am there and ready to go whenever there is a breakout attempt.  It often means I have two ships logged into the system as I will then get on with my main, join a fleet in 1DQ1-A, and end up in M2-XFE as well.  Usually it is just to defend the bubbles… or repair them if I am in logi. 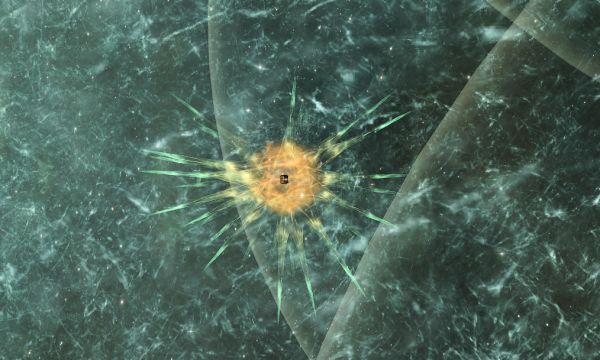 Repair drones on a bubble generator

I did get into the big breakout attempt on Friday night and was able to get on one of the Nyx kills with my alt. 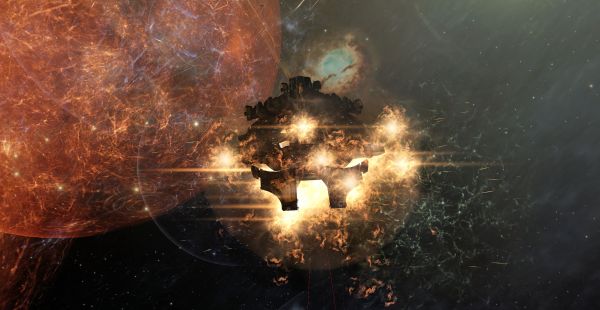 A Nyx exploding in M2-XFE

However, that was pretty much my big kill of the week.  On the flip side, I lost a Purifier to a gate camp because I was dumb and got decloaked.  Se I have added that to my loss list for the way.

CCP released the Monthly Economic Report for December 2020 and it was broken, but I have a whole post about the MER tomorrow.

Siberian Squads has decided that they no longer want to be a part of Legacy Coalition.  Word is that they are going to head up north in null sec to do their own thing.

There was also a rumor that the English speaking portion of Winter Coalition, which is the part of PandaFam that Fraternity runs, were headed back home for a rest from the war.

Progodlegend and Vily held a Legacy Town Hall meeting yesterday, which started off badly when they tried to dump to many people at once onto their Mumble server and it fell over because it could not handle the load.  You would have thought that the second battle at M2 would have taught them a lesson about that, but I guess not.

The meeting then moved to Twitch, where they claimed that everything was going well in Delve, they still plan to move into Delve, Querious, and Period Basis.  Since that plan is taking longer than they thought they are making arrangements to allow their pilots to mine and rat in allied space as the fighting in Catch, Esoteria, and Immensea is hampering that.  Then there were questions and people said “uh” and “um” throughout.  You can listen to it here if you want.

The ihub contests in Delve that they had setup were all successfully won by the Imperium because they stood down to have the town hall.

Over in /r/eve somebody from Brave put up a bit of propaganda invoking the movie 300 and casting themselves as the Spartans.  Again.  This is a recurring theme from Legacy, even though they are effectively the Persians in the war, outnumbering us and invading our territory. I suggested that if they want to keep rolling with memes they consider this one. 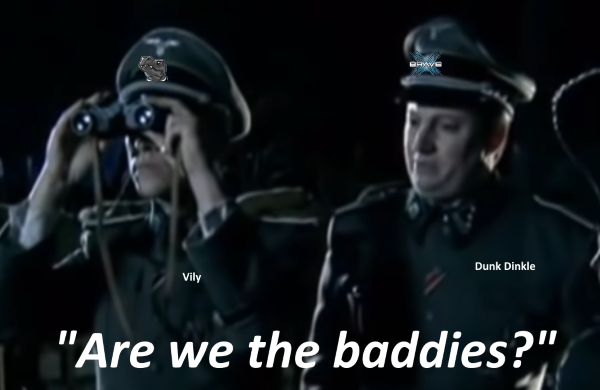 And the concurrent user count was up a bit this past Sunday.  Not a huge jump, but trending upward still.