WoW Classic has only been out for… let’s see, August 2019 to now… has it really been 20 months now?  That is actually a while.

Anyway finally, a little more than 20 months down the road, my first character has finally made it to level 60.  I was tooling around yesterday in the Eastern Plaguelands with my hunter and finally tipped over to the level cap. 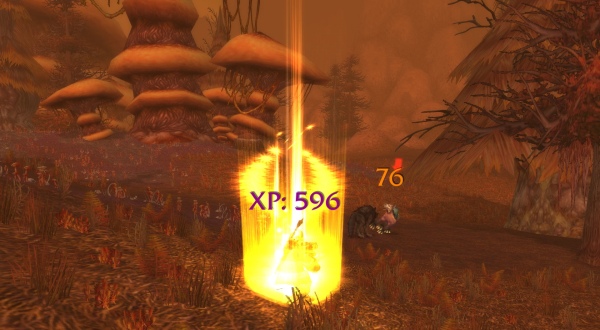 The magic moment when it hit

I was actually out in the plaguelands because… I had run out of quests.  Or, I had run out of solo quests at least.  I had one more to do out there, having exhausted Winterspring and Silithus and what not, and once I was done I had about a quarter of a level left, so I just ground out some of the locals until I made it.

Of course the hunter’s life is a little different.  Sure, I hit level 60, but my pet now still needs to get the xp to level up as well.  Some more work to do.

Also, I had forgotten that two of the final skill upgrades I need for my wolf pet, bite and furious growl, are only available from Bloodaxe Worgs, which are elite mobs in Blackrock Spire.  Hunters had a lot of extra work on their hands back in the day.  He’ll be out doing a bit of make up. 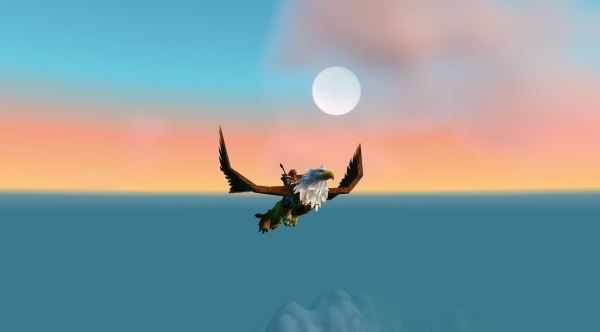 On the bird again

But at least I can say I made it to the level cap before Burning Crusade Classic hit.

I probably could have hit the cap a few months back had it not been for Valheim.  There was the game that ate about three months of prime play time.  And my instance group character, Viniki, is so close to 60 that I think he’ll level if he even sneezes on another mob, so I’ll have two at the cap soon.

That just leaves my paladin, who I mentioned in a post last week.  He has since made it to 56 and has worked his way about half way to 57.  I want to get him to at least level 58 before the expansion hits.  He will probably not have the same quest problem that my hunter had.  For all the extra work hunters get, they can also get away with doing higher level quests much more easily that a pally, so I have just stopped to grind mobs for xp with the pally a lot more just to get into the sweet spot for a quest.