Work on the current round of construction on out main base has about wrapped up.  I am sure once we get the promised “hearth and home” update, which is set to expand building options, there will be further plans.  But for now it has settled and have a roof over out head… something missing during a stretch of the construction.

The main base as it currently stands

The problem with our base is that I built the first survival hovel right next to the trophy runes and that is a protected area that you cannot encroach into with your building. 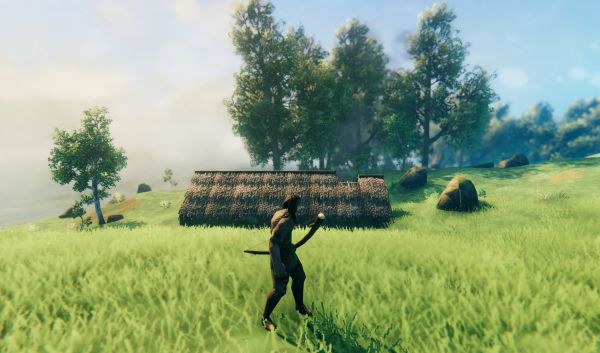 The early hall seen from about the same spot

Now, with a main hall setup to maximize comfort in order to grant the maximum rested buff timer, we were looking for some more decor.  It was long the plan to hang up trophies of the various bosses in the main hall.

The first up on the wall was Eikthyr, the lightning stag, whose trophy is quite handsome. 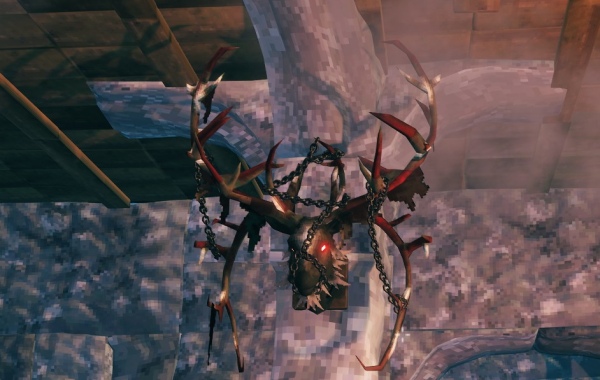 We also had an extra Bonemass trophy sitting around, though it is mostly just a blob and not very attractive.

That left The Elder and Moder to find.  We had only done Moder once, and just Crowbar and I, so we decided to head out and do the fight again.  I had marked a number of spots where dragon eggs could be found and we had actually set up the barricades again at the end of the last fight, so we were able to summon Moder pretty quickly.

Everything in place for Moder

We even went ahead and did it as night was falling.  Our gear was pretty much all upgraded to the plains level, so we felt we were ready.  Moder was summoned and off we went.

Despite a couple of interruptions by other mobs and the fact that Moder flattened all of our construction, we were able to bring her down without too much drama.  It just takes a bunch of arrows.

So we had the Moder trophy as well as some more Moder’s tears to store away in the crafting boxes. 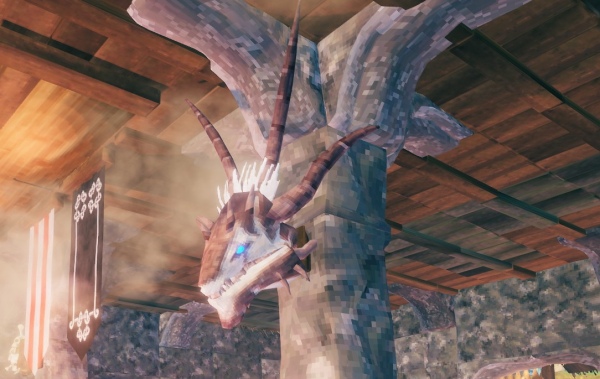 Moder up in the main hall

That done, we decided we needed The Elder.  That took a minute to get settled because we had to think a bit about where The Elder was even located.  The now neglected Elder Base was the destination once we found the portal there.  Portal proliferation is an issue.

We had a pile of the seeds needed to summon him, plus a resupply of arrows, so we kicked off the event and went after him. 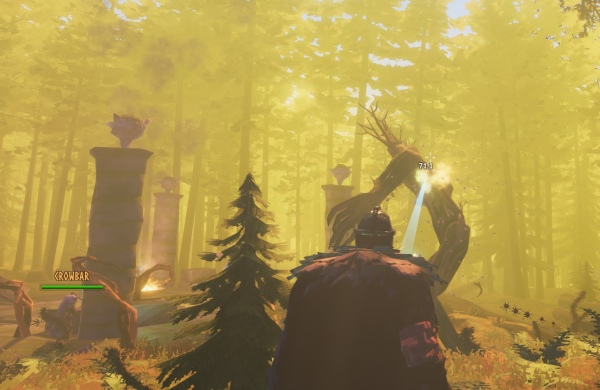 Return of The Elder

Being the second boss, we were more than geared up for him.  There was no drama like our first run at him.  I eventually eschewed the bow and just waded in and started beating on him with Frostner.  He was soon down and his trophy up in the main hall, though he didn’t seem all that happy about his fate.

Of course, twenty minutes later, when digging through the storage boxes to try and find the serpent trophy I had nabbed some time back I ran into another trophy of The Elder, so the trip wasn’t really all that necessary.  (And I never did find the serpent trophy, which is sad, because it was very nice.  We’ll have to get another.)

The only trophy missing from our collection is Yagluth.  We’ll get to him when we’re ready.  There is a spot waiting for his immense crowned skull.