At this point it is probably too late to worry about whether you’ve been naughty or nice in 2021, but there is still some time left before the fat man flies to touch on a few items I wanted to bring up but which didn’t seem worth a full post.

The news hit yesterday that Daybreak, now always highlighted as a fully owned subsidiary of Enad Global 7, though with the Daybreak boss in as CEO you might ask who really owns who at this point, made a deal with Wizards of the Coast (owned by Hasbro now) to take over publishing and operational duties for Magic: The Gathering Online, the virtual version of the classic collectible card game.  The deal also includes the right to “develop” the title.

Daybreak has had experience in the past with collectible card games, though those have all since been shut down.  According to the coverage at Massively OP, the deal means that the development team responsible for the title will become a studio under the Daybreak banner, as opposed to being folded into one of the current studios.

In a classic “hide the message” move, it came out last Friday after the US markets had closed (the press release hit my inbox at 4:20pm Pacific time, so dude!) that Crowfall, a crowdfunded MMO that actually went live earlier this year, making it an exception to the rule for MMOs choosing that financing route, was to be acquired by Monumental, the studio which runs Mythgard.

Is this even still their logo?

Despite the after hours on a Friday press release, the news seemed promising for the title. While the Crowfall team ran a successful Kickstarter campaign back in 2015, bringing in more than $1.7 million, and managed to launch earlier this year, the game appeared to be struggling to find an audience.

According to coverage over at Massively OP, Monumental will be providing resources to improve the game and keep it going, as the title seemed to be foundering after its launch.

Also in for an end of the year acquisition… companies are out doing their holiday shopping before the end of the fiscal year I guess… was Perfect World Entertainment, which had itself acquired Cryptic Studios (which created Neverwinter, Star Trek Online, and Champions Online, but which is probably best known for the late City of Heroes) and Runic Games (which did the Torchlight series, Hob, and Mythos) over the years. 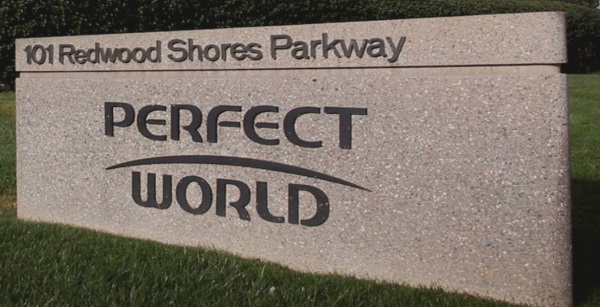 Just down the street from EA HQ, though Cryptic is less than 2 miles from my house

The buyer is the Embracer Group, which also acquired Gearbox earlier this year.  PWE will be slotted in as part of Gearbox in the organization.

Since Embracer is publicly held, they had to do a report on the acquisition, which included fresh new details about some of the titles.  Not as in depth as what we got about Daybreak when EG7 acquired them last December, but still some data points including lifetime revenue and total player counts.

I suspect that format was chosen to give the titles the best possible look financially.  Star Trek Online, for example, was reported as having made $240 million over its life so far, with 4 million players trying the title.  That means the nearly 12 year old title has made about $20 million a year, but I imagine a good chunk of that was early on and includes box sales.  No word on what it, or any of the other PWE titles have been pulling in recently.  That the price was $125 million in cash and equity, less than half of what Daybreak sold for a year ago, one might infer that PWE titles would rank closer to the lower end of the Daybreak titles in gross revenue, and maybe even less in net profit due to some of them being licensed properties.