The holidays meant time off which meant all the more time left to spend sitting on the couch burning through TV shows.  And so my wife and I carried on with our now familiar binge watching habit.

I steered away from this one for a while because nothing could have been possibly as funny and charming as people were claiming this show was said to be.  Eventually we got down our list of things to watch and there was Ted Lasso, with a new season even, so we gave it a shot.

And, it is as funny and charming and nice as people said it was.  Jason Sudeikis in the main role is great, but the series is really a combo of great performances that come together.   Brett Goldstein’s grumpy veteran Roy Kent is perhaps my favorite role in the series.  We binged through most of the first season on a Sunday afternoon and it was fun.  I don’t have any urge to go back and rewatch any of it, but it was a good distraction.

Another show I was tempted to steer clear of.  I run hot and cold on Steve Martin and more cold than hot on Martin Short, so the two of them together seemed like it might be a bit much.

I groused about Clickbait last time around, annoyed at its surprise ending not really being a surprise because they don’t give you the clues you need until the very end.  Only Murders in the Building manages to do this in the right way in the guise of following the podcast format made famous by Serial.  It can be very silly at times and the Martin and Short characters are quirky and then some, but Selena Gomez hold the podcast crew together and, in the end, the murderer was actually a surprise. 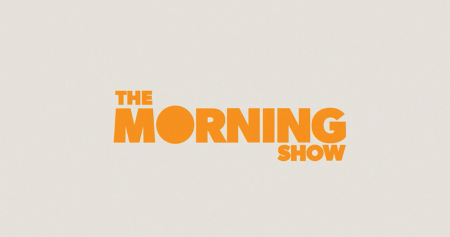 I suppose I should be happy they didn’t dive into the opioid epidemic for season two, but instead they decided to make season two the Covid season.  They frame things up right away in the first episode that things are picking up in late 2019 and we’re going to see Covid unfold in the background of the remaining conflicts at The Morning Show.

And so we see events as they passed, cruise ships and lockdowns and what happened in China and Italy all through the eyes of a group of people who are really more interested in ratings, salaries, and who gets to host the presidential debates.  It, rightly enough, feels like a TV show about the thing that people who produce TV shows love most… TV shows.  So it quickly goes from “hey, I remember that” to ” who cares what these horrible people want.”  And yet I finished watching the whole season, so helped with the ratings on that front!

The second season of The Great suffers from the problem of going all in on the first season… and I am sure they were not sure they would even get a second season, the Russian aristocracy not being a well trod avenue to comedy success in the US… and then having to come back and deliver something for another ten episodes.  The essential conflict had been pretty much resolved at the end of the first season and, while I know the reign of Catherine the Great had much going on, the writers couldn’t let go of Peter and the first season cast and didn’t want to dive into the possibly less comedic reign of Catherine, so the show spends time trying to revive the initial conflict between Catherine and Peter, a cow that had been milked of most of its potential in the first ten episodes.  I wanted to like it, but it felt a bit dull. 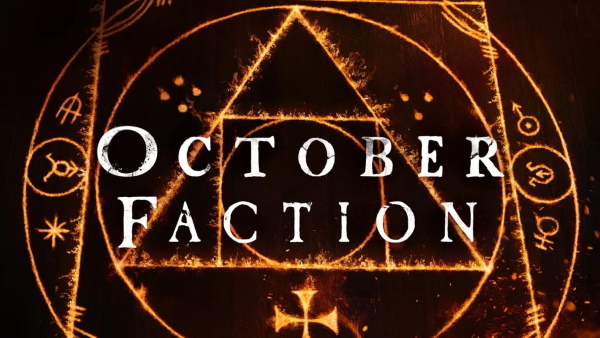 Another Netflix series, this one felt pretty good in the first couple of episodes.  Monsters are real and there is a secret government organization out there… men and women not necessarily in black… protecting humanity, with the story centered on one husband and wife team and their kids, who are not in the know.

When I looked the show up as we started watching I was disappointed to see that it didn’t make the cut for a second season, that Netflix had canned it, after it started off so strong.  And then we got into the season and it became clear that the story stemming from that good solid start wasn’t going anywhere all that interesting.  It was kind of neat.  I don’t regret watching it.  But I can see why it didn’t get a second season.

I read the suggestion that Succession should be viewed as humor with the Roys as a high end dysfunction version of the Bluths in Arrested Development.  The problem is that there is no sane person in the middle of the chaos, no Justin Bateman there to represent us in the middle of the misfits.  It is my habit to latch on to one character as my guide in a show like this, but there is literally nobody to root for among the Roys.

We started off initially with Kendell being the cast as the hero, but he is no Michael Bluth.  He is flawed and dumb and full of himself and can’t pull off lunch plans, much less corporate takeover plans.  Shiv is the outsider of the kids, but is just as corrupt and self-serving as any of her siblings.  Her husband Tom is no hero and cousin Greg is just trying to say whatever it takes for somebody to like him.  And then there is Roman, who is a fun character to watch, but can’t even manage to be the anti-hero.

I kind of want to like Connor Roy, because he is played by Alan Ruck from Ferris Bueller’s Day Off, but he is almost the worst in his self-delusion as a character.

I enjoyed the first two seasons of the show but, like Billions, it has gotten to a point where there is nobody to root for.  There isn’t even an outsider.  Everybody who wanders in is just as bad as the Roys. I made it through season 3, though it was slow going for the first few episodes and I am sure I’ll peek in when season 4 lands.  But the show better come up with some new cards to play because the surprise at the end of season 3 was just another round of some of the Roys screwing over some of the others in completely predictable ways.