Another item from the roadmap posted back in January, EverQuest is getting level 100 heroic character upgrades in the cash shop next Wednesday.  At last! 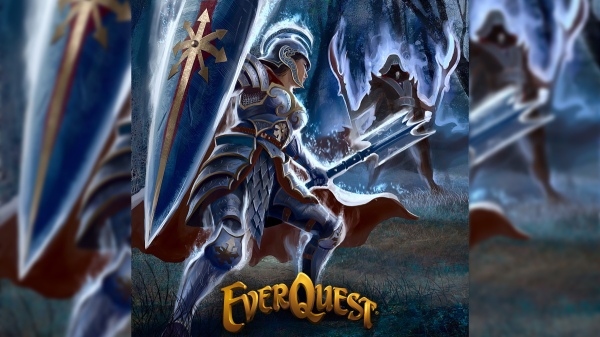 Something to evoke heroism I think

If you’ve been around here for a while reading my commentary about EverQuest, you may have noticed my impatience at times with the state of heroic characters up until now.

Introduced back in 2014 as part of the game’s 15th anniversary celebration, it was of immediate interest to me because “insta-levels” as I called them were starting to become a thing.  At about the same time Blizzard was giving us details about the level 90 character boost that was going to come with the then upcoming Warlords of Draenor expansion, so it was kind of a topic of the time.

But, whatever.  What was fifteen levels?  I couldn’t even find my way to the recommended zone after boosting with one of the free heroic upgrades they were handing out.

However, unlike other titles in the genre, including its sibling EverQuest II, the heroic character boost stayed at level 85 even as the level cap rose to the level 120 mark where it stands today.

Fifteen levels, maybe, but 35 in a game where the level cap rises by 5 every other expansion or so?  I suppose it depends on what the goal of the booster is, but that goal can’t be “get me up to the current expansion.”

And that question doesn’t get much better with the level 100 heroic character boost.  I mean, you do get some nice things for you 4,000 Daybreak Cash ($40 real world value):

But you’re still level 100, which as I pointed out, gets you to the level cap of the 20th expansion, but the 28th expansion is the current content, and the 29th expansion will be coming out by the end of the year.  That doesn’t leave you as far back as the first level boost attempt by Lord of the Rings Online, that stopped at level 50 when the level cap was 95, but it isn’t exactly putting you in the thick of things either.

And LOTRO at least fixed that later.  EverQuest is putting you behind the curve for $40 again.

And then there is the really odd part, which is that the level 85 heroic boost won’t be going away.  You will still be able to buy that for 3,500 ($35 real world value) and receive:

I don’t get who this is really for, but there it is.

I guess I shouldn’t worry about it.  I have always been a bit dubious of character boosts, which tend to plop you down in high level content with little or no clue how to play your class.  And that is especially true of EverQuest, where a caster can have hundreds of spells that the game is bad at telling you about and which you must pick through the awkward spell interface.

Seriously, I played a cleric up to level 50 for the 20th anniversary of the game, then got a free level 85 heroic boost and applied it to him, and pretty much made the character unplayable.

So I shouldn’t care about the boost only going to 85 or 100.  Even if it went straight to the level cap I’d be lost all the same.  But I am sure it will be of some benefit to somebody out there.  I wish them well and hope it works out for the game.