What do you do when you have a nice set of items for a coherent, single topic bullet points post and then Friday is the last day of the month so your month in review post gets that spot?

You declare Saturday an honorary Friday and just run with it.  So here are some short items about EVE Online that I probably could have cranked posts out of… but didn’t feel like it.

I received an email last week from the Empires of EVE Vol. II Kickstarter project I pledge to back in 2018 that the audio book version of the project was finally complete.  The physical book has been in my possession for a couple of years now, but an audio book release, as we got with the first book, had been a promise.

The audio book announcement was for backers only and contained a link that allowed us to download it.  The good news is that it is available.  The less good news is that it still needs work to be released for Audible.com, something that may not happen.  That is a shame, because once I saw the email subject line I ran over to Audible to buy a copy just to support the project and its author one more time.

Andrew Groen, the author, has had his own trials over the last couple of years, as have we all, and it sounds like chronicling the tales of the null sec empires is no longer on his agenda.  Two books is more than enough to ask of one person I suppose, but one can always dream of a third volume.  The downfall of The Mittani might have made a reasonable bookend to the series… at least until something else happens in null sec.

Speaking of The Mittani, the word spread this past week that he had been kicked from GoonWaffe, the executor corp for Goonswarm Federation.  This news was greeted by cheers, jeers, and very few tears.

The corp history of The Mittani

I’m not particularly worried about him and his well being… he’s not even as old as I was when I started this blog… but I do wonder how he has filled the hole in his life that EVE Online used to occupy.  How much of your average week does it take to be a space emperor?  More than I am willing to commit no doubt.

Or, rather, it has already begun by the time this post goes live.  This weekend sees the Trials Tournament where teams that did not get direct entry into the AT or buy their way in with the silent auction are able to battle it out to earn a spot in the tournament.

The linked post also shows which teams are already lined up for the AT as well as the tie breaker methodology for the tournament.  (Hint: fly Minmatar hulls)

Finally, while I usually don’t shill for CCP when it comes to special offers, this one connects to some interesting history.

CCP just announced what they are calling the Weekend Fleet Pack, that gets you 3 days of Omega time and 50 PLEX, all for the low price of $3.75.  Yes, that is $37.50 for 30 days of Omega at that price, almost double the going rate, but that is not the point.

This looks like it could be a smart move by CCP.  This allows a player to unlock Omega for 3 days, so if there is some big move op or fleet battle going on they can jump on in without committing to the $20 fee that is the base 30 day subscription these days.

And, once you’re in and invested, maybe you’ll see the light and subscribe further.  It could happen.

But what makes this interesting is that SOE had an offer kind of like this back in the day called the EQII Passport. 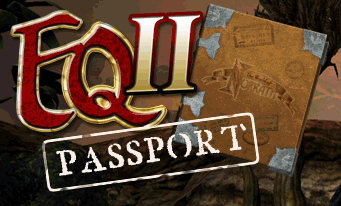 One from the archive

Back in 2010 SOE floated the idea that you could get 3 days of game play for just $5.00… and it got a pretty rough response from fans.

In hindsight, I think the plan suffered from a few items, not the least being price.  But I think the fact that it was treated as a “once per 30 days” option was the real killer.  What were they thinking?  They wanted players to commit to 3 consecutive days of play in a month during a time when there was no free to play option.

In light of that experience, I think CCP’s cheaper price and more flexible terms might stand a much better chance of success.