Daybreak is getting better at both announcing and presenting their new Norrath expansions, but also being sure that their announcements don’t step on each other lest one drown out the other.  So, previously, we had the EverQuest II announcement of the Renewal of Ro expansion and now we have EverQuest and the Night of Shadows expansion. 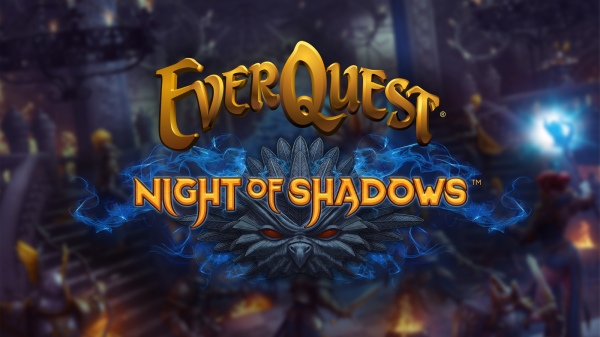 The Night of Shadows approaches

The leader for this expansion says:

Norrathians have ended the conflict between Mayong Mistmoore and Luclin herself, but can they relax their vigilance? The recent attention of Luclin has emboldened the Akheva, and they continue their plans to conquer the moon!

As war rages across the surface of Luclin, disaster has befallen Shadow Haven deep below. The mysterious sealed door has been smashed open, and the great spirit trapped behind it has rampaged through the city, leaving death and destruction before retreating to the unknown caverns it escaped from. What maddened the spirits? How can the Akheva be stopped? Can Shar Vahl survive as war threatens to engulf the city? The truth lies in the shadows — will you survive to find it?

How many expansion blurbs include mention of attempts to conquer the moon?

As for what the expansion brings with it, the list has many of the usual suspects:

No level cap increase, but plenty of horizontal progress to be made.  The Alternate Advancement page already has more fine print than a rental car contract, but this time around there will be more.

Tradeskill Component Depot sounds like a boon for those doing crafting, as inventory management was ever a chore in EverQuest.

Meanwhile, seven news zones on the moon?  It isn’t like Luclin lacked for zones. 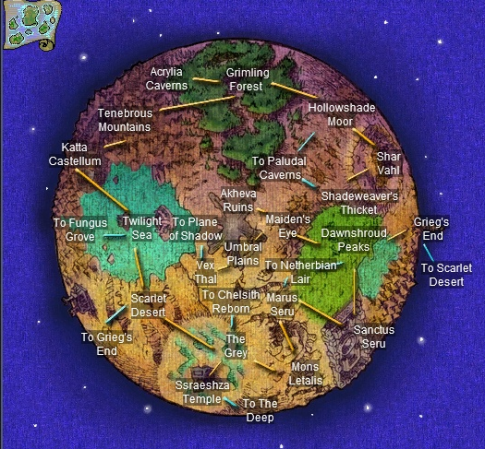 I had a whole adventure just trying to get to the Scarlet Desert on Luclin back when EverQuest turned 20.  We’re going to need an updated zone count infographic when the game turns 25… which will happen in 17 months and a day.

The 2019 census of EverQuest

Anyway, there has always been a lot going on in original Norrath, and soon there will be just a bit more.

That matches the pricing for the EverQuest II expansion, though you do not get as much with EverQuest.  There is no level boost with the Standard Edition, for example, as there is with EQII.

On the other hand, level boosts in EverQuest have their own strange story, which Bhagpuss attempted to explain to me about when I was chagrined that the recent increase in the character boost for the game went from level 85 to 100, while the level cap is 120.

There is no boost into the current content, and the team seems to like it that way.

Anyway, the expansion has been announced, details revealed, pre-order opened, and the beta is on its way.

1 thought on “EverQuest and the Night of Shadows Expansion”