Honest Game Trailers is back with a stab straight at the heart of World of Warcraft and the Battle for Azeroth expansion.

Honest Game Trailers tends to hit a little harder than the movie side of the house, but this one hits hard enough to leave a mark.  Still pretty funny, but oh so very honest.

A lot of people now equate ‘game on Facebook’ to ‘spammy piece of shit,’ which I don’t think is an unfair or inaccurate estimation of the situation

Gamasutra is moving into one of the things they do really well, which is looking at how things unfolded in some aspect of the gaming industry in hindsight by pulling in key players and getting them to talk about their experiences.

The topic of the moment is social gaming… which pretty much means games on Facebook… and articles like the one above are starting to show up to examine the phenomena.

Of course, it is tough to pick just one quote out of that article.  Gems abound, such as:

any Facebook game he tries will be poorly designed, lack invention, try to trick him into spending money and spamming friends, and start emailing him regularly without permission

And the especially damming:

You had a huge population of product managers, game designers, and developers making games that they themselves didn’t like

You hear a lot of “game studios are businesses” and “they have to make money” when anybody complains about monetization in games.  Those sentiments are true enough, if not exactly a defense against any particularly odious money making scheme.   But when your studio becomes all about the money and cashing in and being the next Zynga, well, something is wrong.

And a lot of the blame in the article goes on Zynga, both for their questionable business practices as well as for their huge initial success attracting copycats and wooing Facebook to tie themselves to the Zynga model.  In the end, so-called social gaming went from a giant cash cow, to a more modest one that now requires some originality to stand out.  You can still make money.  Look at Candy Crush Saga.

An interesting read, and one I am sure some people will take a great deal of satisfaction in.  “I told you so!” should spring to mind for some.

Additional fodder: These two videos about Cow Clicker and Age of Empires Online.

Extra Credit Question: Lord British was telling people they would be stupid not to make an MMO when World of Warcraft was the big, big thing.  He then jumped on the social gaming bandwagon and even attempted to hitch his star to Zynga at one point.  Now he has a crowd-funded project.  What does that say about crowd-funding?

On the one hand, his longing for the early days of FarmVille, to which he claimed to be “addicted,” is an understandable emotion, at least to me.  I certainly long to relive the early excitement of some games.

On the flip side… really, FarmVille is the pinnacle of your gaming excitement?

But I think it is clear from his history that Mr. Pincus was looking for a way to make money in life, not a way to make games.  I particularly like this old quote:

I did every horrible thing in the book, too, just to get revenues right away. I mean we gave our users poker chips if they downloaded this Zwinky toolbar which was like, I don’t know, I downloaded it once and couldn’t get rid of it

Well he made money and left his mark on an industry.  I still wonder what Lord British thought we was getting into before Zynga pretty much fell apart.

My daughter and I were watching Spongebob together when we saw a commercial for this:

Technically, it is not a simple rip-off of some other company’s idea, the classic Zynga approach, because Hasbro owns Hungry Hungry Hippos, and Zynga and Hasbro are in bed together on this one.  But it certainly feels like a poor recycling job to me, with 50 Farm Cash thrown in as a “Digital Value for Parents Inside!”  I suppose at least they are pretending to feed adult addiction to the game rather than overtly suggesting the kids go log on and play.

Of course, in looking this up, I found that Hasbro and Zynga have recycled a few other classic games with a FarmVille theme.

Zynga’s Emperor Palpapincus had only just recruited Lord British, turning him into Darth British (yeah, I decided to go with that just to keep things simple), with the promise of teaching him the dark arts of monetization and giving eternal life to half-baked cow-clicking games.

In the words of recently turned gaming jedi:

How often has a hero fallen in an attempt to learn the tricks of his foe by becoming what he opposes?  It certainly seems to come up a lot in juvenile pulp novels, so clearly it is a menace.

Failing to heed the warning of… well… many people… that once you start down the dark path with Zynga, forever shall it haunt your resume, the newly minted Darth British swore fealty to a new master.

And then, as the recruitment of this gaming luminary was nearly complete, Zynga totally took a dump on the living room floor.

There were $52 million in losses, layoffs, and the whole “EA is pissed and coming to sue you” dimension to what can only be seen as a setback for the Zynga empire.

Emporer Palpapincus issued a statement declaring, “While the last several months have been challenging for us, Zynga remains well positioned to capitalize on the growth of social gaming.”  He was then heard to mutter something about the second FarmVille being “fully operational” and there being “no civility in gaming, only ARPU” as he stalked off.

Which leads us to the next cliff hanger.

What course will Darth British choose?  Is he in too deep?  Has he signed in blood?  Has he committed his Ultimate Collector and Ultimate RPG to the fires of the Zynga sweatshop?

And is it ironic that EA, who he was totally trying woo… at least in the press… not only thwarted his Ultima aspirations, but has taken up arms against Zynga?

For whom will our hero(?) show a fondness next?

The more I think about this, the more the Anakin Skywalker / Richard Garriott de Cayeux parallel fits.

So here we are.  As I posted yesterday, Lord British acknowledges that Zynga is evil, or at least really annoying.  And since they are annoying not only purpose, but to their own material benefit, how does one distinguish that from evil? (See Tobold definition.)  And what is the Lord British response? 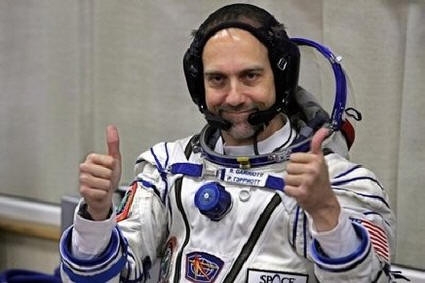 I’ll use this knowledge for good!

Knowing the truth, and even acknowledging it publicly and repeatedly, Lord British has still partnered with, and has been accepted as the apprentice of, a card carrying Sith Lord, the man who has admitted in the past that the ends clearly justify the mediocre means (the ends being increasing his wealth and power, as opposed to, say, making good games), Darth Pincus.

(Not to be confused with Greg Pincus, though the methods may sound similar.)

In the words of Lord British, when reflecting on the evil of Zynga:

Yet, it’s still really important to learn those lessons, and there’s no better place to learn them then by having Zynga as a partner.

As a rabid consumer of crap science fiction and fantasy in my youth… and my relative youth… and, well, into middle age frankly… I know that this can only end one way.

So the immediate next question for me is, what name will Darth Pincus bestow upon his new apprentice?

And here is where things get a bit fuzzy, as the whole Sith naming structure is pretty opaque to me.  Do they have some deeper meaning?  Are they some sort of subtle mockery of their past, pre-Sith life?  Are they just supposed to sound badass so as to strike fear into their enemies and make it easier for movie goers to figure out who the bad guy really is when they are off screen?

So I can only guess how Lord British will be restyled once his transformation has begun.

What do you think it will be.  Who will rise up to cast down Darth Pincus and redeem our misguided hero?  And will George Lucas get involved somehow and screw the whole thing up?

This whole thing needs a web comic or something.  And a better version of Darth Vader’s head pasted on Lord British.  I was short on time before work this morning.

Richard Garriott de Cayeux, on his partnership with Zynga

I suppose we will see who ends up corrupting/influencing who in this partnership.

How are things with Mark Pincus?

Lord British and his company, Portalarium, teaming up with the foundering “Ville” magnate made the news a while back.  I hope he learns the right lessons for his Ultimate RPG.

I guess he must be pretty happy now that EA and Blizzard “let” Zynga have the casual market… such that it is.