Previously I had made my way through Cape Jule and Pelladane, finishing up what are the first two Storm Legion zones.

I started off in City Core, which was close to hand and had a portal right near the entrance.

City Core is a small zone, and I would say more in the tradition of the game, with things rather tightly packed and a lot of use of varied elevations.  Rolling through it was a bit more like the old game than the first couple of zones.  But it was also quick.  I racked up the key zone achievements and found myself spilling out into adjacent zones. 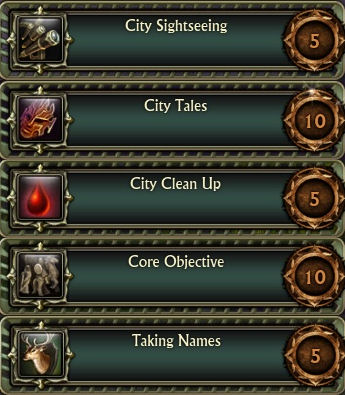 Those are the achievements for exploring the whole zone, completing the story line, finishing up the carnage quests, and killing a set of named mobs around the zone.

While the zone was more in line with older zones in Rift, the story was pretty forgettable.  Well, I have forgotten it already, though I remember the climax, which involved a Butch Cassidy and the Sundance Kid jump into a lake.  And there wasn’t even an achievement for the jump.

After City Core, I was distracted for a bit by crafting.  My warrior is an armor smith, but does not have butchering, so he needs to get leather from other sources.  The price of the leather I needed was too high, so I got out my hunter spec’d rogue and sent him out to harvest leather.  That took a bit, but the rewards were worth it.  The crafted armor is noticeably better than the quest reward armor at this point. (Though, with the plan to sell equipment being part of the F2P conversion plan, I expect we’ll see crafting as a business die off.)

That done, I took my first run into Seratos.

This is a huge zone.  It looks big on the map.  It feels bigger when you get there. 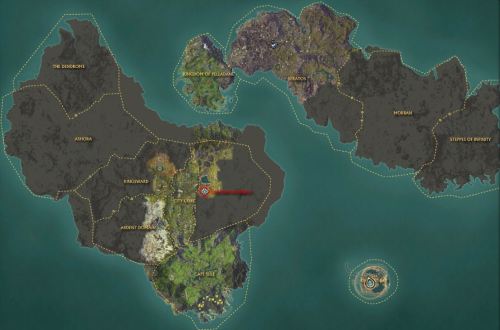 I went into the zone one evening with the sole purpose of finding a portal, so I could get back to the zone easily.  I ended up on a 90 minute expedition zig-zagging across the zone until I finally ran into a portal in the southeast portion of the zone in the city of Necropolis. 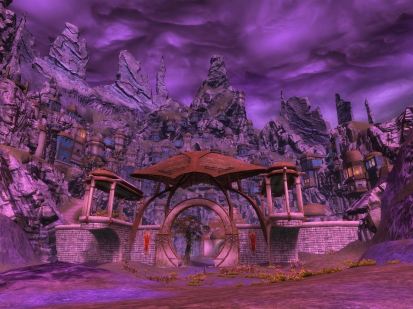 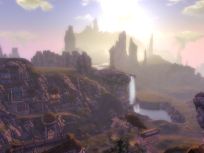 View from the city top 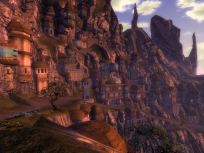 View along the housing

Later I looked up a map that had the portals on it, and I found that I missed at least three portals on my way across the zone.  That, however, is a testament to its width and depth… and perhaps my bad luck.

Necropolis also had the now “must have in every MMO” quest.

I will say that they were very big rats.  Level 55 elite rats the size of horses, actually.

So now I have to head back across the zone to find those portals and to pick up the threads of the story line that no doubt runs through the zone.  And work on the carnage quests.  I looked at the achievement and there are more than 50 in the zone.

So that is where I stand in Storm Legion.  Pkudude99’s suggested warrior build has worked out nicely.  In fact, it has kind of spoiled me for builds and classes where I have to press more than two buttons in combat.