The recently introduced achievements in World of Warcraft are like bright, shiny, irresistible candy.  I want them all, but I am interested just looking at them at times.

Of course, there are a lot there that I am probably never going to get… but then if they were all easy, they wouldn’t really be achievements.

On the other hand, there are some in there I am surprised I do not have already, especially in the exploration category.  Zones I thought I had traveled to death seem to have one or two locations off in a corner that I have missed over the years.

And then there are some locations I cannot believe I missed.  For example, The Farstrider Lodge in Loch Modan. 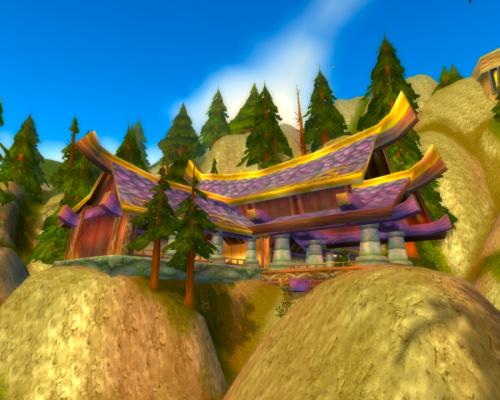 Yes, it is a bit out of the way, over on the southeast edge of the zone, but it seems to be a sizeable outpost, with vendors, a few trainers, and quests to be done.  There were quests that I missed!

Anyway, that finished off Loch Modan for me.

Now to go find that spot I missed in the Wetlands.