I started up “Items from the Mail Bag” as a regular feature a while back, and then totally dropped it for the last few months.  This was primarily based on the quality of items showing up.

For example, I already mentioned Legend of Zelda: Symphony of the Goddess once, so the next 9 emails to me on that topic were something of a waste.  I have also already mocked a couple of people who were essentially offering to let me write free content for their ad-driven site under the guise of “giving” me better exposure. Again, some jokes are only funny once.

In addition, I seem to have gotten on the distribution list for some PR group handling album releases for bands I have never heard of.  Of course, I am old, so bands I have never heard of is a pretty large category I suppose.  Still, I was amused to see that the title in the press release for deadmau5 did not, in fact, indicate that there was some sort of mail merge issue.

Do people still use mail merge?  Do they still call it that?  It was a big deal in the 80s, but I am going to guess there is a Web 2.0 term for it now.

Anyway, I think I have accumulated enough interesting/pathetic/amusing notes from my in box that are close enough to the topic of games and gaming that it is time again to share.  So, in reverse chronological order, I give you:

Phillip sent me a note asking me to publicize his attempt to fund his MMO project via Kickstarter.  So, there is the link. 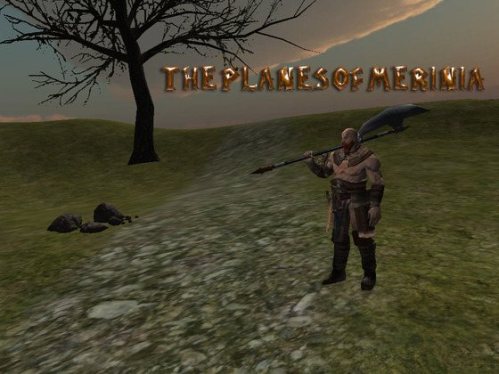 Called Planes of Merinia, it offers… well… this:

In Merinia, you do not choose a class. Instead, you can learn skills, spells, and crafts from multiple classes. You can learn healing, fire magic, and sword master, for example. As you gain levels for your character, you can increase your set of skills. Your skills only level if you use them.

In Merinia, you can construct your own weapons, armor, artifiacts, items, etc. Included in the game is an item editor. Create a vorpal sword, or a golden bag. Whatever you can imagine. Items can have scripts attached to them, allow for animation, actions, and special events.

The game is allegedly 65% complete as is currently slated for a February 2013 release.  The money being raised, $20K, is to get art assets and level (zone?) designer involved.  The whole thing strikes me as a low budget Darkfall, but I am not sure I want to go there.

Master Blaster – The Gun for Your 5D Home Holodeck Thingy

It is a controller that looks like something a space marine should be carrying.

This is an Indiegogo project… which is something like Kickstarter I guess… where you can buy that gun controller thingy to use some sort of very expensive looking full room gaming environment made by a company called izone-3.  And it works with the Wii.

I’ve ignored them so you don’t have to… or something.  I don’t think it works like that.  Anyway, they all sent me press release-like messages asking for a mention.

SpaceWiz – Immerse yourself in the wonders of a visual/audio experience like no other! Take the role of viewer AND creator in a galaxy where you reign.

ExQuizit – The world’s biggest quiz. (Can we get a Guinness ruling on that?) The guy spent 18 months writing the questions.  There are 12,000 of them.  Go nuts.

Carpet Ball – See, the AppStore is proving that either all the good names are taken or that people are bad at naming their apps.

Diptic – Create exceptional photo collages that can be shared with friends and family.

No endorsement of these apps should be assumed.

Because I Spend So Much Time Talking About Cables Here…

Megan at Canyon PR has sent me half a dozen messages asking if I would like to review the ACCELL’s DisplayPort to DVI-D Dual Link adapter. 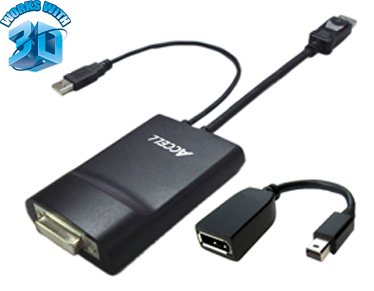 It works with 3D, which implies that there is some limitation somewhere.  Or is this like labeling candy that is nothing but sugar “fat free” because it isn’t even as nutritional as fat?  Anyway, I feel better about deleting her messages now.

And Harry Potter Will Solve Our Economic Woes

Harry Potter “the most successful literary and film franchise in history” according to one press release, needs to pile on to its already impressive $7 billion in merchandise sales by throwing two pull-out poster books into the mix.

Now J.K. Rowling will be just that much richer than the queen. (Which I am pretty sure is why Elizabeth looked so grumpy at the opening ceremony of the Olympics.)  I’m not even putting any links in for these two.  Go find them yourselves.

Club Penguin Does… Something

I am not even sure how to parse this headline:

It is one of those “I know what all those words mean by themselves…” moments.  And the text of the press release just goes on in the same vein.  It could easily be randomly generated for all I can tell.

In summing up what ever they were trying to tell me, it seemed that whatever it was involved 40 million play sessions across 200 countries.

The take away for me is that SWTOR could really use more penguins if it wants to succeed in F2P I guess.

Because It Is Better Than Eating Their Pizza

A PR firm representing Little Caesar’s sent me a link to a video on YouTube.  They want sites to run it on a… commercial basis.  The message literally said that watching the video will make you want to go “Whoooo!”  And it did indeed, though I am not sure I am pronouncing it in the way they expected.  To my mind, their pizza is to “real” pizza what Chef Boyardee is to Italian food in general.

Space Nazis! What Is Not To Love?

As inexplicable as the music press releases, I received a couple of messages alerting that Iron Sky will be playing at select theaters in the US over the summer.  The premise:

In the last moments of World War II, a secret Nazi space program evaded destruction by fleeing to the Dark Side of the Moon. During 70 years of utter secrecy, the Nazis construct a gigantic space fortress with a massive armada of flying saucers.

By this point however, the tour is almost over.  In reading some related information I have to admit I was not aware that Space Nazis represented such a full body of work.

The same company sent me a similar press release about something called Unicorn City, which doesn’t even have a Wikipedia entry, so I remain mostly clueless on the subject.

And that is about it, aside from the co-marketing pitches and one company who noted that the site lacked a forum and offered to set me up with one.  Just what I need.