-When your healer is saying this, time for a health potion

Just another Saturday night in Meridian. 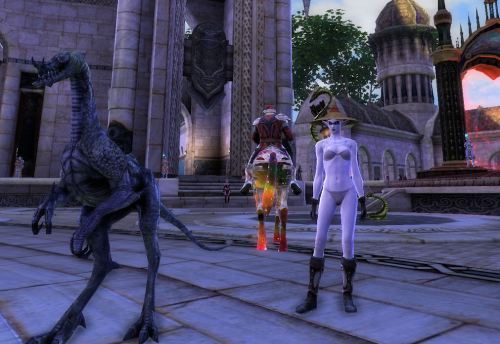 There is always at least one out there…

After a couple more weeks off, we were able to assemble and take another poke at Runic Descent.

Last time around was something of a reconnaissance in force, with four of us venturing into the instance just to try it out.  Predictably, death was a common occurrence during that run.

This time around, with a full crew, things were bound to be better, right?  Or would irony show its hand?

In a bit of a goof, I stopped doing anything with Hillmar for fear of getting too far ahead in levels, only to figure out that there is something of an awkward zone when it comes to mentoring.  The minimum number of levels you can mentor down is five, so if I had just played him a little more rather than holding off, I would have been able to hit the same level as the rest of the group.  Instead I was in at the lowest recommended level for the instance.

Did that make a difference?  See the quote at the top.

I did consider swapping in Solyndro, my mage, who was level 45 by that point.  I bought him another role and went with the provided healing spec.  But that was all too new to try live in the game on an instance night.  So we formed up to get on our way with the usual suspects. 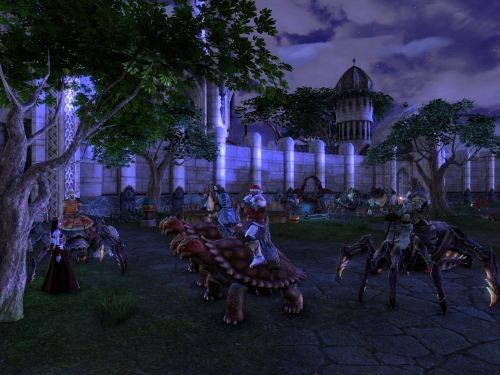 By the healer… oh, I get to know her

END_OF_DOCUMENT_TOKEN_TO_BE_REPLACED

After one successful weekend with a full group, we came up short again.  Four of us were online when it was noticed that Jolly had sent a text indicating that while he was on the road for home, he would not get there in time to join the group.  So we had to come up with a plan.  What to do?

It was a dark, broodingevening in Meridian, the sky aswirl with clouds. 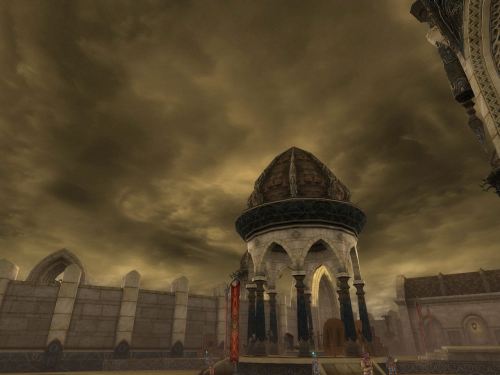 The weather around the city seems to have a number of variations, even when there isn’t a zone even going on out in Freemarch.  This time, the lighting seemed to deigned accent the pattern in Earl’s armor. 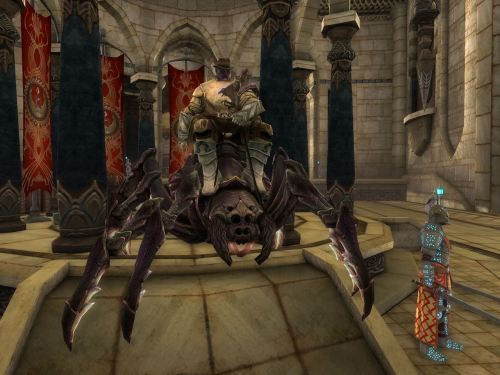 But admiring the weather and its effects could only carry us so far.  We had to find something to do.  The group for the night was:

Our plan… after the cut.