Back in August, as the war in Fountain and Delve was winding down, the Alliance update at the time was pushing us to get into dreadnoughts.  A force of dreads was seen as the coming thing.  About then I began my training for capital ships, targeting an Archon carrier first while pondering which dreadnought would be best.  At the time, the Moros and the Naglfar seemed to be the best of the bunch.  The Moros was heavily favored in the forums, but there was a vocal minority extolling the virtues of the Naglfar.

Well, that minority seemed to be on the right path.  While their arguments seemed to flow mostly around the fact that, with their vertical orientation, they are “different,” the subject or armament did come up now and again.

Armament and range seems to be the key, as the Alliance update that got posted yesterday makes the Naglfar the keystone of our next fleet doctrine, OmegaFleet.

OmegaFleet is being put together to counter the Slowcats doctrine, which used to mean a fleet of carriers cross-repping each other and coordinating drones, but which now apparently means ~250 Archons, the carrier of choice for all sides these days, cross-repping and assigning all drones to the FC via the “seemed broken back in Fountain and still seems broken now” drone assist option, which allows the FC to then one-shot all sub-caps off the field while remaining pretty much invulnerable.  Such is the tale being spun about Slowcats. 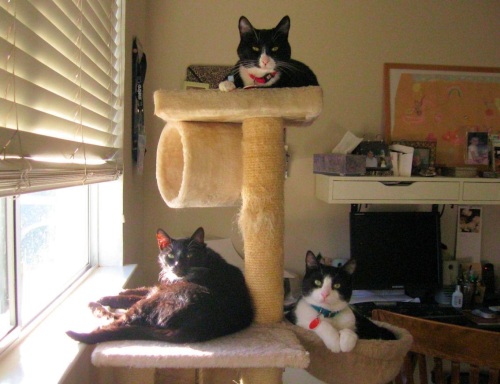 Not to be confused with lazy cats

Anyway, if you want the official line on the doctrine, read the Alliance update.  I can say that I have seen with my own eyes the ascension of the Archon Slowcat fleet, which has become a staple on-grid in the war in the East. 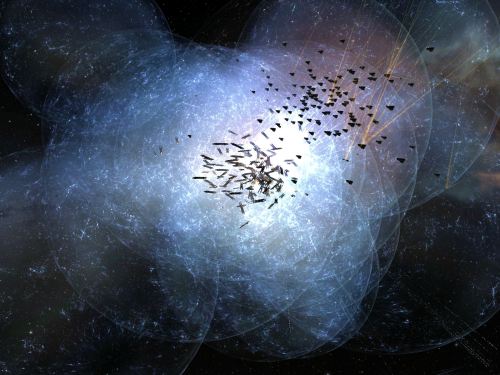 Responses to the update have been both the unexpected and the expected.  Jester seems to think it is odd to use such updates to announce a change in fleet doctrines or that such updates should follow a consistent pattern or something.  I am not quite sure.  It does seem like a similar template could be written about weekly CSM updates.  Hell, the CSM meeting minutes update template is a one liner: [insert latest excuse here].

Meanwhile the EVE News 24 editorial about the update might be summed up as “CFC = whiny biatches,” which is pretty much the stock standard response anybody gives to their foes updates.  Alliance updates from all sides are often used to point out what horrible things the foe is doing, exploiting this mechanic or that or otherwise taking advantage of their superiority.  Certainly the CFC has been called out on many a past occasion for blobbing because of its numerical advantage.  And there certainly is a good deal of “Grrr… Slowcats” in the update, such as:

But there is also that whole, “And here is how we’re going to counter them” bit, that sort of sets the update apart from the run-of-the-mill complaining about ones foe thing.  And the solution:  Naglfars!

The name Naglfar comes from a boat in Norse mythology made entirely from the finger and toe nails of the dead.  Eeew.  I am sure there is an apt metaphor in that somewhere.  The dreadnought itself, less disgusting. 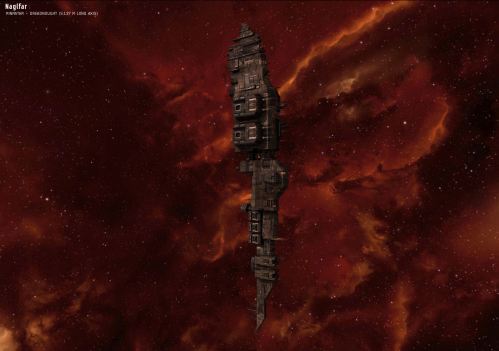 Anyway, all that talk of doctrines and updates and the official party line and such is way above my pay grade.  I am just a soldier of the line in the CFC.  For me, it is more a matter of “Can I fly it and where can I buy it?”  Well, that and, “If I buy it, will we use the damn thing?”  I still have a Ferox in my hanger in G-0Q86.  What happened to the non-ironic Ferox doctrine?

Assuming that OmegaFleet will be a thing, I can actually fly the Naglfar today, thanks to mostly to the training I did to get into the Archon.  And to get to the skill level required to fly with CapSwarm, I have ~20 days of training, mostly around getting Minmatar Dreadnought to level IV.  So can I fly it? Yes I can!

Can I buy it though?  Well, I have the ISK, provided that the market for Naglfars doesn’t spike into the stratosphere.  As a coalition we’re pretty good at gouging each other on essentials until the command staff cracks down on it.  I assume there will be some sort of coalition effort to get pilots in reasonably priced Naglfars and to get them to the war front in Curse.

So we shall see.  I am training for it.  I have the ISK to buy one.  Will I be able to get blown up in my most expensive combat ship yet?

And while I was writing this, I started to go through my screen shots to see if I could find a picture of just a Naglfar.  No such luck.  I had to go for the stock picture above.  But I do have some shots of Naglfars mixed in with dreadnought fleets, see the gallery below.  You can spot their vertical silhouette in the mix. 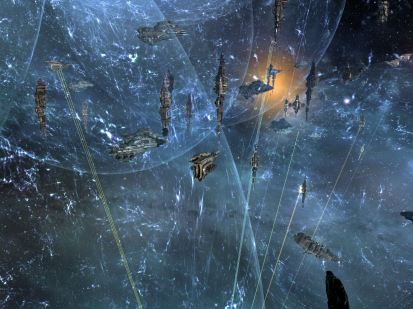 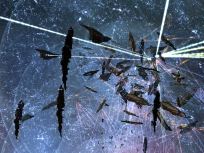 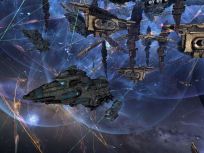 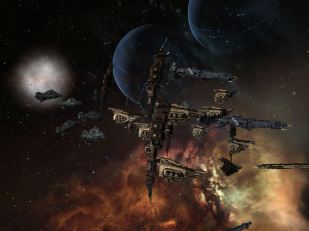 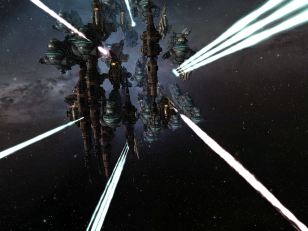 Dreadnoughts busting a station in Fountain