Today is Prime Day at Amazon, a day in which there are special deals for Amazon Prime members. 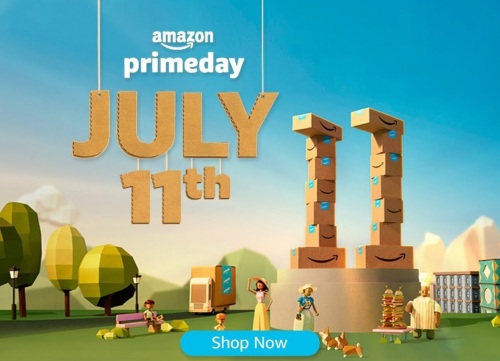 The main deals are on Amazon products like the Kindle or the Echo.  Not exactly as interesting to me as the Steam Summer Sale, but I’ll go take a look all the same.

Today also happens to be an anniversary for me with Amazon.  Twenty years ago today, July 11, 1997, I placed my first order at Amazon.com.  You can go see all of your order history on your account page, which can be both fascinating and disturbing.

My order was for a book, because at the time Amazon was pretty much an online bookstore.  But they were expanding into music CDs as well.  The whole thing wasn’t profitable yet, but it was the dotcom era and people were interested in grabbing market share first and making money later.

That second bit was the catch of course, and the downfall of companies like Netscape.

I went to Amazon.com twenty years ago because they had selection beyond even the largest local bookstore.

Today the profitable enterprise that is Amazon it is my first stop for all sorts of things.  I recently bought a replacement filter for our refrigerator from them.  It has become to people today what the Sears catalog must have been for those in rural settings back towards the end of the 19th century, and then some.  They own Twitch and the Internet Movie Database and Goodreads and Alexa and Audible, each of which touches my online life.

Amazon is hardly perfect, but they do seem to be here to stay.