There was a real nugget of an idea there, but a technical hurdle the team just couldn’t get over. All the other stuff that EverQuest is kind of got lost because it was focused on voxels and a dynamically-generated changing world. There was not enough computational power. If people are digging holes, you have to update pathing for the entire world.

With the 20th anniversary of the game Holly Longdale, the executive producer of the EverQuest franchise, has been available for interviews, several of which I referenced in a previous post.  The post a Variety showed up last week and I dismissed it at first because of the source.  Variety sticks its nose into gaming rather sporadically, so it isn’t any sort of a focus for them.  Given that they can be quite superficial when it comes to things on which they do focus… I was reading the film section regularly when into Fantasy Movie League… I wasn’t expecting much.

The only reason I even saw the article is that Variety uses the WordPress platform and I watch the “everquest” tag in the WordPress Reader.

But yesterday, on a whim, I read the whole thing.  Not much new appears under that tag these days, so it hadn’t fallen down more than a couple of entries.  And, in reading it, I was a bit surprised at the details that were revealed.  Sure, some of it was the “reacquisition” plan we had heard before. But then Holly started spilling some tea about EverQuest Next. 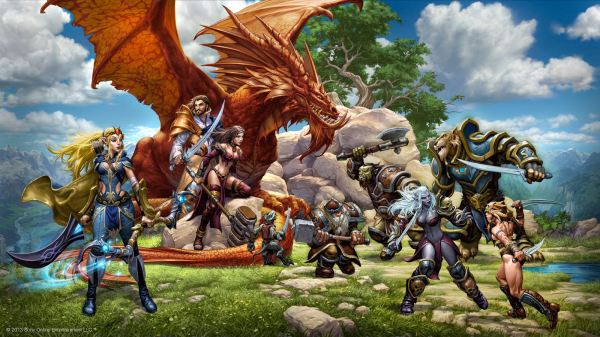 Just a bit over three years ago Daybreak announced that they were cancelling EverQuest Next.  In the big statement from then-president Russell Shanks, which is available at that link, the key take away that people saw was:

Unfortunately, as we put together the pieces, we found that it wasn’t fun

And that was that.  People were angry, disappointed, dismissive, and there was much throwing of metaphorical stones at Daybreak.

But other than that we didn’t get a lot of details.  I mean, we had heard rumors that things were not coming along, that the SOE Live demos were all live people rather than any of the AI dreams they had been peddling.

Now she is saying that it wasn’t going to work as envisioned in any case.  Emergent AI and being able to change the world weren’t in the cards with the current level of tech.

She calls the cancellation a “deep burn,” but then goes on to deliver something of a burn herself.

Of the team that exists now, we spent two and a half years defining what the franchise really is, going to our archives and retconning some stuff to prepare it for a really strong future.  EverQuest Next is not a game I would have made. It doesn’t mean it doesn’t hurt, but we’ve been evaluating what makes EverQuest EverQuest. In my opinion, that wasn’t where the game was going with EverQuest Next.

It sounds as though there was a struggle over what EverQuest really meant as a franchise and that the fundamentalist wing won out in the end, which probably also meant the end of Landmark, which fell under the EverQuest franchise umbrella.

And Holly Longdale is of that fundamentalist breed.  Early on in the article she plays up the social interdependence of the game, even going for the reputation card, how being bad would make you an outcast server-wide.  Anybody familiar with Dunbar’s number can spot the hole in that idea… Fansy the famous bard was the outlier exception, not the rule… but certainly in smaller circles you had to get along or find new friends.

And in the past she has made her own questionable statements when it comes to the purity of the EverQuest game experience.

The EverQuest team did walk that back eventually.  Raids got instanced on the progression servers after all, if only because the company couldn’t afford the resources necessary to mediate all the disputes that open world contested raiding brought about every single time it was a feature of the game.  Even the hardcore raiders want to be able to just go and do the raid when they’re all together rather than having to cancel because somebody got there first.

But that is where you end up when you take a hard look at what made a game what it was.  You start back down the path of the original features and have to examine things like corpse runs and instancing and the like.

There is nothing concrete in the article about any future games, such as an EverQuest 3, but neither is that sort of thing ruled out.  But she does say that the two key elements of EverQuest are “classic high fantasy and community dependency.”

“Anything we talk about in the future, those are the two nuggets.  I would never say that there isn’t a world where I wouldn’t love to do another co-op or even a single-player experience that tells some of these amazing stories that we’ve fleshed out over 20 years, but the social dependency is who we are. It’s questing with other people. It is having a role on a team. I don’t think we’ll ever move away from that, even if it were a single-player game like ‘Dragon Age,’ that’s our special sauce and what our players would expect. You don’t think ‘EverQuest’ and think ‘single player game.’

And on the topic of MMOs allowing a single player experience she responded, “That will never be us.”  Maybe this is why the team had such an odd view of what “super casual” meant on the first round of the Selo progression server.

Of course, my post from yesterday might indicate that the game is not so pure on that front as one might assume, given her statements.  When you give players mercenaries to tank, heal, or DPS, you’re pretty much catering to solo.

Still, you can see why rumors of an EverQuest 3 put it as something that would compete with Pantheon.  I’m still not seeing the battle royale aspect of it, though maybe with that part of the business falling flat at Daybreak, it will be allowed to die in the context of any new EverQuest title.

Overall though, Daybreak continues to cater to the core EverQuest audience with annual expansions and updates for the audience on the live servers and new progression servers on a regular basis for the nostalgia audience.  It seems to be working.  As I quoted last week, the franchise has more players now than it did back in 2015.