A little over a month back I was, quite rightly recognized as a force on the internet.

The Say 100 Site is, undoubtedly ahead of the curve (yet years late!) in taking note of me,Wilhelm Arcturus.

And yet, one of the things that stuck with me was something they wrote about all of the people, plus Wilhelm Arcturus, who they recognized.

At SAY Media we believe the power to shape opinion is shifting from the faceless editorial voice of mainstream media to individuals, many of whom are taking advantage of simple technology to create their own properties and build their own media brands.

So today marks the beginning of a major operation at the site.  How things will be done here will change dramatically.

The updates will include: 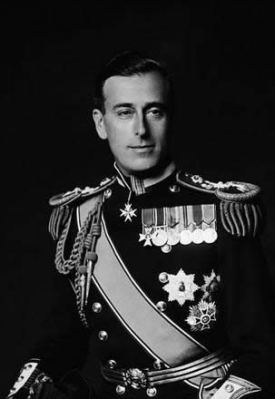 Wilhelm Arcturus - More Suave Than You Will Ever Be

And most importantly, a change in editorial focus.  Wilhelm Arcturus will report much less on games and game mechanics and more on about how he feels while playing games, what he eats while gaming, and what apparel he prefers to wear while in game. (Wilhelm Arcturus is close to an endorsement deal on that last, expect to hear about the new Wilhelm Arcturus line of clothing at Wal-Mart.)

That’s right. I believe we’re entering what I like to call the Wilhelm Arcturus Decade.

But for you, you’ll be thinking more about how things affect me, Wilhelm Arcturus.

Welcome to the Wilhelm Arcturus Experience.

Okay, that was fun. But April Fools is over… at least in UTC time.  If you missed it, here is what the site looked like for a few hours today. 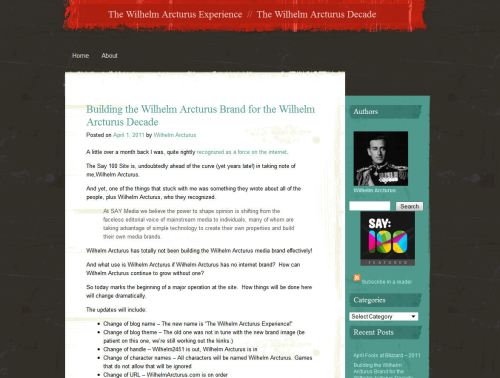 Now to set everything back to the way it was.

I think, however, I get to change the sub-title of the blog.  I am at 25 years of online gaming this year.