CCP announced today that they had deployed the Combat Command update, part of the Zenith Quadrant plan, to give a bit of a buff to command ships.

The changes, listed out in an update to the patch notes, are as follows:

After a few bad experiences I stay away from boosting and command ships, so can’t really say if these changes will make much of a difference.  The Eos looks like it got the most changes.  We will see if the state of the Nighthawk gets any better.  The next time I see one in space will likely be the first time.

The update also marked the end of the 2v2 cruiser brawl proving ground event.  A destroyer event will be starting on Friday.

With the new quarter we get a new Quandrant in New Eden.  Today’s update brought us the third quadrant, called Zenith. 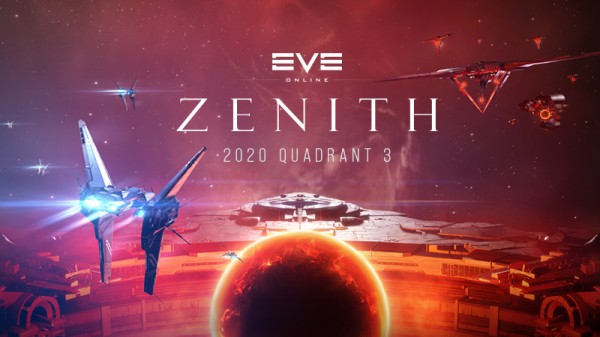 Zenith means it is all down hill from here

The main item for the update are the new Proving Ground filaments.  Covered in a dev blog, these essentially allow PvP players to skip doing an Abyssal deadspace run in order to get to the proving ground pocket where you have to blow up the other side in order to claim the rewards and leave.

CCP is also planning to run a series of events based on these new filaments with specific ship restrictions.  There will also be leader boards and different combat formats, including 1v1, 2v2, 3v3, 5v5, and 5 player free-for-all.

This release also sees EDENCOM ships and skills, introduced with the June update and only available through special event sites, now available more generally.  The basic skills can now be purchased directly from your character sheet, while blueprints for ships, modules, and ammunition, along with the tech II specialization and encryption skills, are now available through the DED LP.  Modules will now also drop from EDENCOM wrecks in Triglavian conflict sites.

The update also saw a round of tiericide around armor resistance plating.  This pass normalizes the naming scheme (they are all now called “coating” rather than “plating”) and aligns progression of resistance applied to line up with past passes on other resistance reworks.  This means everybody’s armor fits will need to be updated.  The long list of modules and their new stats are available in the patch notes.

CCP has also made changes to its perpetual login campaign.  The daily rewards, criticized for their lack of appeal… single run, un-researched blueprint copies and extremely short duration boosters that are consumed on redemption… have been updated:

No word on the new rewards, but that is a move in the right direction for BPCs and boosters.

Boosters may also now be redeemed in space, so you can consume them when you might need them and not in a station where their duration usually means they will have worn off by the time you’re in a situation to need their help.

And, finally, there were the usual round of defect fixes rolled into the release.

The update has been rolled out and is live.  The details can be found in the patch notes.

Addendum: There is also a Zenith Power Pack for sale in the store now as well.  It will be available for a limited time and can only be purchased once per account.  The pack doesn’t have any skill points in it, but does have a booster, leading one wag to claim that CCP has now resorted to selling drugs.