Today is the official launch day for Civilization VI, though I understand if you pre-ordered on Steam you got access last night, the next chapter in Sid Meier’s now quarter century long attempt to make the perfect 4X strategy game. 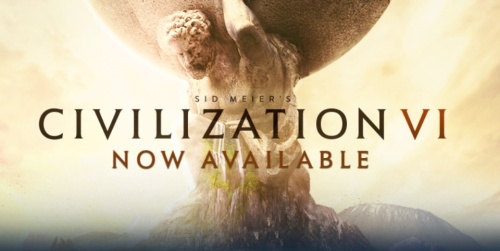 Come and get your 4X

The whole thing began with the launch of Civilization back in September 1991.

I do not remember exactly when I bought my copy of the first Civilization… early 1992 I think… but since then I have purchased most of the series on the earliest possible date I could get my hands on a copy.

However, I do not have a copy of Civ VI in my hot little hands today.  I don’t know if it is aging or ennui, but I am not impatient to pick up a copy just yet.  Certainly, some of it is experience.  Civilization games tend to be a hot mess on day one.  Early versions usually needed the next generation of processors to show up in order to make them playable, while later releases you were probably not going to be able to play reliably until the first patch landed.  Back in October 2010, I was complaining about how Civilization V was crashing on my machine day one.

So I am not buying a copy today.

I will buy a copy at some point though.  I will just let things settle down a bit first, watch reactions to the game, maybe wait for that first patch.  And we all know it will be marked down a bit for the Steam Holiday Sale anyway.  I will probably get it then.  I certainly have to get it before the first expansion.  If it is anything live Civilization V, each expansion will change the game so much it will be like a new game.

Meanwhile, here is the usual stack rank of Civ titles ordered by how much time I spent with them, which is generally a sign of which ones I liked best.

I’d play some more Civ II except I lost the damn CD again.

I see there is already a look at Civ VI over at Nomadic Gamers.