CCP is launching Rhea today, the next expansion on the EVE Online hit parade, and for the first time ever, nobody had to remind players to start training a long skill just in case there were issues with the update.  That is because, after Phoebe, everybody should have a long training queue at all times.  Why wouldn’t you?

My own queue stands at 320 days going into the expansion.  That should be plenty of buffer.

But back to Rhea.

I have to admit that I was skeptical that CCP could deliver exciting, game changing, quality of life improving content on a regular basis with their “every six weeks”  expansion plan.   After all, there were expansions during the “twice a year” era that barely spark a memory for me.  I would say that the Quantum Rise expansion springs to mind, only it doesn’t  I had to go look at a list of expansions, and I couldn’t recall a single feature from that release.

But since the summer started, almost every one of these small expansions has had something meaningful to me in it.  With each one the features seem to be getting bigger and better, and Rhea seems to be continuing this trend.

The Rhea expansion page is bursting with new and updated items.

There is new space, in the form of Thera and the shattered wormholes (Also the name of a Jon Hallur tribute band), adding up to 101 new star systems, with new and interesting characteristics.  This is the first time CCP has expanded the number of systems in New Eden in quite a while, and it will be a race to see who reaches Thera, the new mega wormhole system.

There are two new ships.  There is the Amarr Confessor, the first of the tech 3 destroyers.

And then there is the Bowhead freighter, which is meant to transport assembled ships.

Bowhead… how soon until the first gank?

Probably the biggest change for me will be the update to clones.  CCP is removing the whole clone upgrade and skill point loss aspect of clones.  No longer will I face a 30 million ISK toll for being podded and Dabigredboat should now be safe from losing Fleet Command V going forward.  No more of this. (From this thread celebrating what might be the last skill loss pod death in the game.)

I realize that this has caused some moaning amongst those hardest of the hard core, this softening of the death penalty in EVE, but the skill loss thing has always seemed like a “Gotcha! Didn’t say ‘Simon Says!'” sort of deal.  And you are already losing your ship and dropping back in a medical clone that could many jumps from where you want to be at the moment.  Basically, how much death penalty is enough?

Then there are graphical updates to, some ships, and the introduction of Physically Based Rendering that will change the look of all the models to some degree. 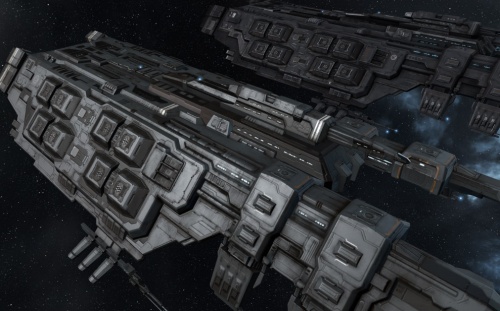 There is also whole new version of  the star map in progress, which you will be able to opt-in to try with Rhea.  I have said in the past that the star map in EVE Online is one of the most impressive yet least useful features in the game.  CCP is aiming to make the map even more impressive while trying to make it useful as well.

Also, there will be manual controls.  You will be able to steer your ship about using keyboard controls as opposed to the current “click in space” or “align to a thing” methods currently available.  I am actually looking forward to this, being one of those people who occasionally just likes to undock in a fast ship and fly around the station just for the sheer hell of it.

Rhea also includes Sleeper cache sites and polarized weapons, Sleeper drones in known space, pirate faction jackets and dreadnought skins in the store, a bunch of smaller items, and a new song for the expansion. along with a video.

The release notes for Rhea are dense with changes.

All in all, a lot of stuff for what will be the final titan themed release.  The word has come down that the 2015 expansions will have a different naming theme, though that has yet to be announced.

There are a lot of things in this release I am really looking forward to seeing or trying out.  And, of course, with various updated models, skins, and the PBR graphics update, there will be a lot of new screen shots to be taken for my other blog. 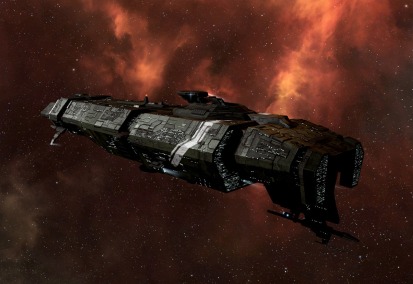 Wiyrkomi Phoenix skin, I would toally buy this if I had one

Sarum Revelation skin, like it is covered in blood

Interbus Moros skin, sort of like a bee I guess 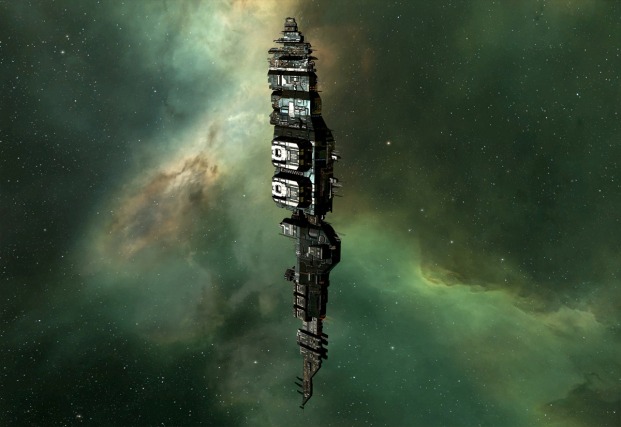