The games with peripherals that do the best are highly social games that demo well at parties – think Rock Band or the Wii.  Both were compelling experiences that made observers immediately want to rush home and buy their own.  VR, on the other hand, makes you look like an idiot to observers.

GDC came and went last week up the road in SF and Virtual Reality was a major topic (and gimmick fest) at the event.  Mr. Schubert was there and came back with a few bullet points for one post and then a whole post about the harassment potential of VR in multiplayer experience that needs to be addressed.

Out of all of that, probably the most trivial bit, how VR looks to other people that tickled me.  It isn’t as bad as made out by that Time magazine cover… 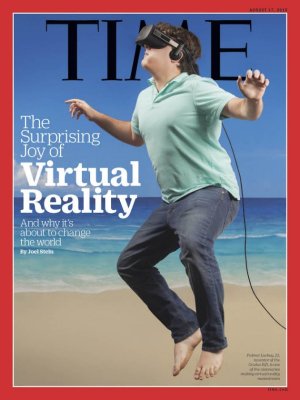 …which became such a meme that my Google search to find a copy of the cover was almost nothing but parodies. 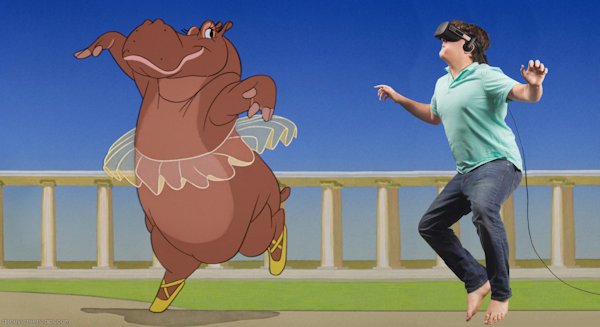 Nothing right now is going to get you up and running around and jumping in your living room with that tethered headset.  Not without some lawsuits.  VR right now is about your head being in the game, so to speak, with the player being able to orient their view in the way we do in the real world.  It will be a long time before it is something akin to bad interpretive dance.

But even then VR is something that you cannot really get a sense of until you are the person sitting there in the sensory deprivation mask and headphones actually experiencing it.  Watching somebody else don the equipment and begin to play is a bit eerie or comical or silly as you watch them move and react to things to which you are not privy.  Having the mask on, being the person in the gear, is a very solo experience.