Hey, it is Friday and Tobold has made a prediction for the 2012 MMO market over in the comment thread over at Hardcore Casual:

I am quite willing to bet you that CCP goes bankrupt in 2012. You might want to interpret their “great success” how ever you like, but financial reports don’t lie.

Yes, there was the whole Incarna debacle and the recent layoffs that brought with them a return to focus on EVE Online at the expense of the planned World of Darkness MMO.  But it is a long jump from there to bankruptcy.  Or is it?

Tobold elaborates further with his thoughts on the subject here, while SynCaine has his own view.

I enabled the “other” field if you have a different vision of the future.  And, of course, feel free to justify your point of view in the comment thread for this post.

To quote Wizardling, quoting EVE Radio, Incarna has something for everyone to get mad about.

Seriously, I am dismayed about Incarna.

First, the great big advance, full size avatars given a space of their own in which to play, turns out to be a few steps below Barbie’s Dream Quarters and suitable only for showing off crap from the much maligned Noble Store… and only to yourself, because nobody else can see your $68 monocle or $25 high heeled boots.

And you cannot go back to the old station view… it is gone for good.  So you are left staring at a generic station door graphic.  Only when you’re used to having a great big 3D rendered visual cue as to what ship you are currently jacked into, this seems a thin substitute. 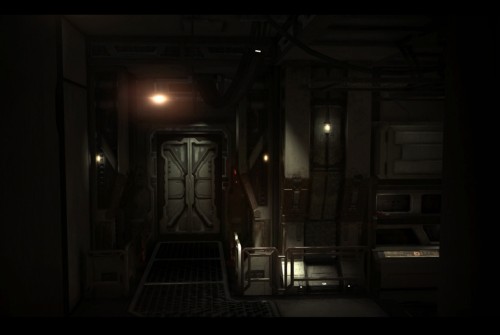 No Jim Morrison, this door

Sure, the new agent finder is good.  But they went and simplified the agent classifications.  So, on the last day of Incursions I was parked in the center of a cluster of level IV agents who mostly gave me combat assignments, but would sometimes hand out a delivery mission.  Then Incarna came along and I find myself in the midst of a pack of level IV distribution agents who appear to give nothing but delivery missions. 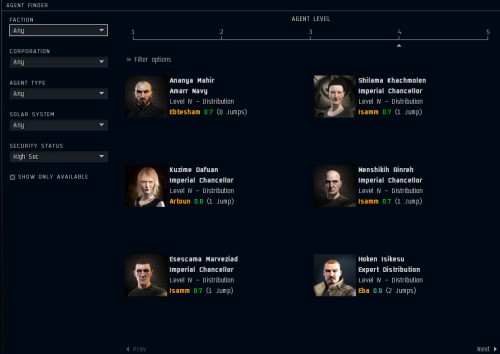 Not cool guys.  Not cool at all.

And all my stuff is in the middle of this cluster and moving all of it to some place else will be a pain.

Fine… but at least I had the security blanket of sentry drones blazing away to cling to.  CCP said as much in the Incarna 1.0 patch notes.

Sentry drones such as Garde, Curator and Warden were missing their firing animations. Thanks to the new turret system we can now witness their destructive power.

Witness their destructive power!  Now that was something I wanted!

I did not even have the Sentry Drone skill on my main character.  I had trained that up with my alt.  So I bought the skill, trained it up, flew half a dozen jumps to get a mission from a level IV security agent, and then  flew off to see my sentry drones shine.

Only shine turned out to be operative word.  Destructive power my ass. 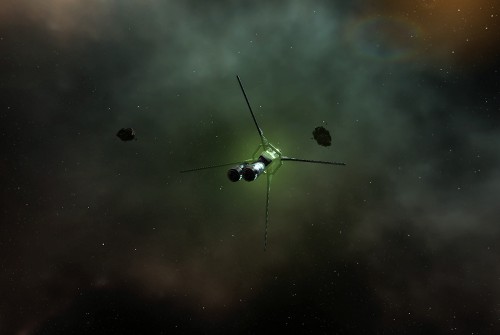 If you look at the picture above you will see a green glow in the middle of the drone.  That is the firing animation.  All of it.  That is all the destructive power there was to witness.  Not a big change from a non-firing drone, really. 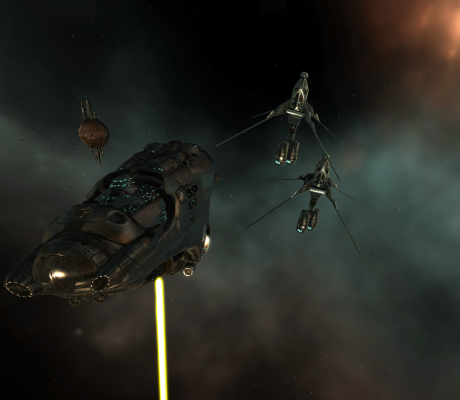 Really CCP?  Was that worth the effort?  My wife has a solar powered butterfly light in the back yard which glows more fiercely  than that.  Other drones are probably laughing at these guys even now.  They were better off with no animation.  They could at least pretend they were just chillin’ in the back of the class.  But now… now they have to explain that no, they did not just ooze glowing green slime all over themselves, thank you very much.

Oh the shame of it all!  It was better to be boring!

Ah well.  I guess the beam weapons were fun to watch.  We still have that. 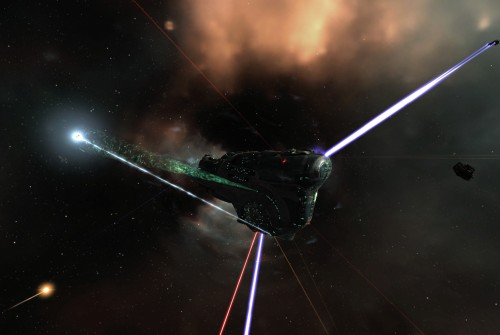 I have it all going on in the shot above.  Inbound beams.  Outbound shots.  A tractor beam.  A salvager beam.  There is even a missile headed in on the my Domi.

But I have yet to see anything that looked as cool or as detailed as the turret animations shown on the Incarna client launch screens.

Oh CCP, look at what you have wrought!