One of the problematic aspects of talking about video games is how differently two people can perceive and interact with them.  This goes double in writing, where the reader can inject tone and choose to define words in a way the author did not intend.  I’m sure we’ve all run into somebody online who defines a word in a very specific way and then pedantically defends that definition against all evidence or logic.

Take “immersion” for example.  There is a ticklish concept that I have concluded means something different to everybody.  I have had people in the comments here argue that immersion is literally not possible in a video game, or that certain things, from pop-culture references to graphic detail, prevent or break immersion universally, or that you’re not really immersed unless you’re role playing and literally believe that is your reality.

But it isn’t so easy, so black and white.

I find immersion in a video game totally possible and quite independent of a lot of things that might break it for other people.  It certainly has nothing to do with role playing in my case.  But I couldn’t tell you how I get there any more than I could say how I go to sleep.  One moment I am not there and then I slip across some invisible barrier and arrive.  And, as with sleep, I don’t even know I am there until the spell has been broken.

Or so it goes for me.  It is a fairly rare experience for me and, as with sleep, has become less likely and more fleeting as I have grown older.  But I know when I have been there.

Anyway, this all comes to mind because of an article The Mittani posted over at INN, The Masks of Cyber-Purgatory.  I saw several people praising it on Twitter and went to read it myself.

My reactions were… mixed.  There are truths in the post, but also things I found at odds with my own personal voyage through New Eden over the last decade.  For example I can’t recall hearing anybody saying that the only way to win EVE Online is to quit often enough to make that a point of universal agreement.  I’m pretty sure if it were as universal as all that people would be responding to posts on /r/eve with, “Look forward to you winning the game!”  And the whole “slave name” thing was just bizarre.  Never heard that before, would scoff at it if I had.

Perhaps that is a sign that New Eden is less purgatory and more full-on Dante’s Inferno, where each of us ends up stratified in our of circle of the alleged hell that is internet spaceships.  Because clearly The Mittani and I are in different spheres.

But I could have told you that before this article.

And then there is the whole concept of masks, the adopted identities that we use in the game.  I get that, and then again I don’t.  Or, rather, I see it, have seen it, will no doubt see it again in other people, but it isn’t me.

Among my many personal issues is a sense of detachment from things, including video games.  I almost always see the game itself and its workings, they are almost always in my thoughts and calculations.  And, as I have said in the past, when I make and play a character in a video game, I am almost always playing myself.  There is no mask, there is just me.  Me playing a video game.

Or at least me in the constructs of the video game in question.  I’m pretty sure real me would get shiv’d by the first kobold he met in Norrath or Azeroth and would never climb into that pod in New Eden.  And, up to this point at least, I have never take part in a murder for hire scheme to kill ten or a dozen strangers for a few pieces of gold.

So I never don a mask because I am never “in” the game, any game, enough for my character or avatar to be anything apart from myself in any deep sense.

Is it cosplay or just me wearing a jacket?

Going back to immersion, for me it is passing into a brief state where I don’t see the mechanics, where I am not looking at the map or planning how best to fulfill this latest task, but am in the moment in the game, doing what I am doing without it being a part of a plan or a goal.

What I think of me on my side of the screen is only universally applicable if I am playing a single player game.

Out in the world of multiplayer games… or out in the world dealing with other people in general… what goes on inside your head is invisible.  It is how others see you and their own filters and biases that turn you into what they think you are.  You can wear any mask you want, or no mask at all, and somebody else will put a mask of their choosing over that all the same and claim that this is the real you.

I am brimming with examples of this, in video games, in reactions to things I write here, and of course, in real life.

I used to sit across the way from a guy who used to get really angry at email that came from HR about company policies.

Something like that would pop up in both of our email inboxes simultaneously.  I would look at it, try to figure if it had any impact on me, and generally get back to what I was doing without spending too much time on it.

On the other hand, I could hear him getting angry, spouting expletives, and generally fuming about the email.  And, of course, he would have to call over to me for the inevitable, “Can you believe this?” routine.

He would ask if I saw the email that just came in and I would acknowledge that I had, adding the “what are you going to do?” shrug to show my indifference.  But he would have to make sure I could see his point, reading from the email in question using tone and inflection to give it the worst possible spin he could.  As he framed it, this was the most unreasonable, insulting thing they had done yet… today at least.  And I could not talk him down off of that cliff.

Of course, I saw myself as in possession of the facts and had the email in question read in a neutral tone in my head.  But that was just my own spin on it, the parameters put upon the whole thing by my own perception.  While I’d like to say I was more likely to be right, or at least closer to reality, than my co-worker, I couldn’t really prove it any more than he could.

We all put masks on other people through our perceptions, biased by the filters and experiences that are genuinely our own alone.  We all like to think we’re in possession of the truth.  I know I imagine myself being reasonable by simply not getting excited or indignant about things that seem like matters of interpretation.  But even that point of view could be wrong.

And I am prone to put my own spin on things, to apply masks to others even when I know I might be yielding to my own personal bias.  Even in humor… or especially in humor… playing to that puts a mask on somebody else. 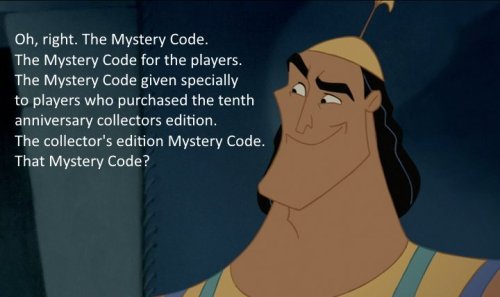 As an EVE Online illustration… also, I made this and wanted to share it

All of which doesn’t roll up to a nice tidy point and set of suggested behaviors I suppose.  I started out here with a point to make, but as I drove along down the path, I seemed as unlikely to be in a position to give guidance as anybody else.  I apply masks, or labels, or whatever metaphor you care to choose, on others as much as anyone.  That I tend towards what I think is a charitable view of others doesn’t make them any more accurate than my co-worker who would work himself into a lather about email messages from HQ.

Anyway, this many words in this late in the evening and I am committed to this post.  So I suppose the only thing to say is to be mindful of both the masks you wear, as nobody can see the inner you, as well as the masks you apply to other people, because you sure as hell can’t see the inner reality of others.

4 thoughts on “Do You Wear the Mask or does the Mask Wear You?”