I remember, way way back in the day, a user review for EverQuest that was an all caps exercise in outrage over the fact that, on top of the purchase price for the game it required you to pay a fee every single month you wished to play.  It ended with a call to boycott the publisher of the game to put a stop to this complete rip-off of a business model. 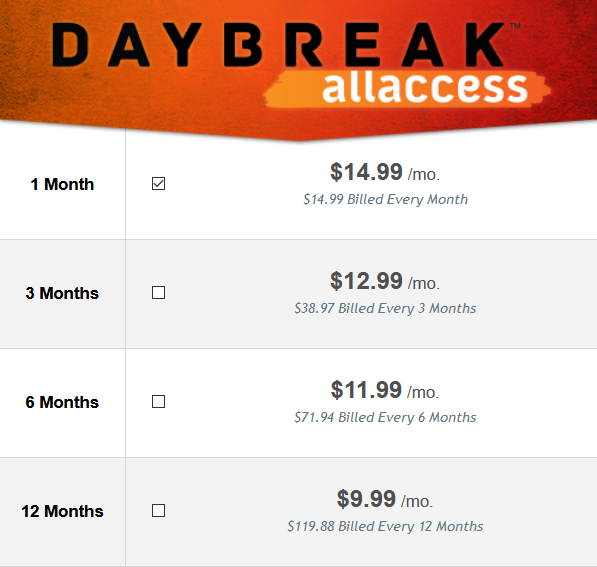 But we’ve been at that $15.00 mark, with a discount for purchasing multiple months, since before the launch of World of Warcraft.  The fact that WoW adopted it pretty much set the price in stone.  I recall Mark Jacobs being soundly rebuked when he suggested that maybe Warhammer Online would cost more, a premium price for a premium game and all that.

We have been conditioned by Moore’s Law to expect tech items to cost less over time.  While the law itself specifically concerns itself with the number of transistors that can fit in a given space, the corollary effects include the iPhone 8 in my pocket outperforming a 1970s Cray supercomputer for a tiny fraction of the former’s original price.  We get better, cheaper hardware all the time.

And some of that has been reflected in other pricing.  It used to cost an hourly rate to log onto the online services of the 80s like GEnie and CompuServe.

Now most people in urban and large suburban areas have access to some form of high speed internet and the web, while splattered liberally with ads, is mostly free.

But that is mostly hardware and bandwidth driven.  Software is different for many reasons, though the immaturity of software development methodology and the constant need to update due to security issues and defects has a lot to do with it.

The outsider view is that you write your code and, having written, move on.  The reality, which I can harp on about ad nauseum, is that a development group on a mature product can easily find itself spending most of its time dealing with problems that come up simply due to changes in the environment the code lives in.  Every product manage wants more new features to sell and hates to hear the dev team talking about the need to upgrade outdated libraries or other maintenance functions.

So we are in an unnatural situation when it comes to video game software, with their pricing stuck in time. (There was a good discussion of this in the comments on a post here a few years back.)  Triple-A titles are $60.  MMORPG subscriptions are $15 a month.  And so it has been for coming on to 20 years.

Enterprise and productivity markets have long since gone to annual licenses and even Microsoft wants you to rent Office365 from them rather than buy the hidden, but still available, stand-alone Office package. (And, having just moved an Office 2013 license from an old machine to a new one, let me tell you that they are keen to throw a lot of chairs in your way to get you to give up and get on board their rental bandwagon.  But I don’t think many of the products in the Microsoft Office bundle have change enough since the 90s to warrant a rental fee.  If I could still use Microsoft Word 5.1a, I would.)

But video games seem stuck.  Worse than stuck in the case of MMOs, where free to play has become the norm and only a few strong titles can afford to hold the line on requiring a subscription beyond what is essentially a demo period.  My headline is a lie in that the fifteen dollar subscription hasn’t held… but in the opposite way that I meant!

Stymied on the box price and subscription front, video game studios have ventured out in other directions.  So now we have cash shops and DLC and season passes and cosmetics and pets and mounts and character boosts and special servers and game time tokens and skill points and xp boosts and anniversary editions and premium editions and collector’s editions and even a $250 “friend’s and family” edition, all to eke out a bit more cash from the end users who inevitably shout “Greed!” and “Pay to Win” at the first hint that they might feel mildly incentivized to make one of those purchases.

It isn’t that I want to pay more for any of these games.  I have a kid in college, and education is one front where people haven’t been shy about raising prices.  And I have been notably prickly about some of those items listed myself.

But even though these games I play were launched in 2007, 2004, 2003, and even 1999, the people who work on them have to pay rent, buy food, medical care, and everything else here in 2021.  And stuff has not gotten cheaper.  It feels like eventually we hit one of those “you must pick two” scenarios where the options are:

So I wonder when we’re going to have to pony up some more cash to pay.  Until then I try to temper my ire when companies do things they said they wouldn’t do or trot out packages or plans that seem ludicrous to me.  If they don’t pay the bill then there isn’t a game to be played.