Over on the EverQuest front a new progression server is slated to open up this evening.  The Agnarr server, named for the raid boss Agnarr the Stormlord will add a new facet to Daybreak’s nostalgia farming techniques. 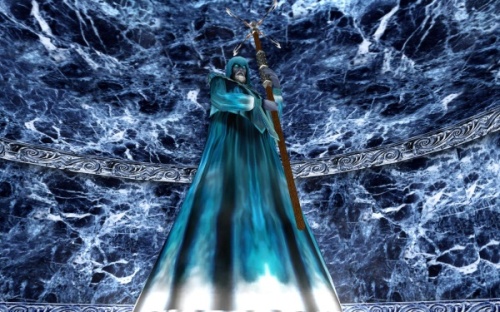 Agnarr the Stormlord is judging you…

As I mentioned in my post about progression servers last week, Agnarr is perhaps not really covered by that name.  It will, in fact, progress, though it won’t go through any of that voting or content unlocking in order to do so.  The Agnarr server already has a fixed schedule:

And once there, progression will stop, as laid out in the server FAQ.

This will give a very vocal segment of the EverQuest forum community something they have been asking for since progression servers started; a server locked in the past, that will sit at content released in September of 2003.  It is the classic server that has been demanded for so long.

While Daybreak is calling it a “PoP-locked” server, PoP being the Planes of Power expansion, one of the most ambitious (and bug plagued at the time) raiding expansions in the game, a watershed in the game’s history, and the last hurrah for open world contested raiding, two more expansions will follow on, Legacy of Ykesha and Lost Dungeons of Norrath.

There is a certain irony here, or a certain symmetry if you want to look at it from a different angle, in stopping at LDoN.  That is where SOE introduced instanced group content to the game, a full year ahead of the launch of World of Warcraft.  Who copied whom here?

But the Agnarr server will include all of the features and details of the past servers.  It will be a “true box” server, so no multi-boxing will be allowed.  The server will be able to spawn multiple instances of zones to deal with any crowding issues.  And raids will be instanced.

Q: How Does Raid Instancing Work on Agnarr?

When you request a raid instance, the player that requested it, and his or her entire raid, will be given an account-wide request lockout for that specific raid for 2.5 days.

Each “boss” in the zone will grant a 6.5 day account-wide lockout. For the most part, this is just the big boss (Lord Nagafen, for example) and the stuff in his/her/its immediate vicinity.

For launch, Plane of Sky is an exception to the above instancing rule. Each island will have a lockout. Kill any NPC on that island and everyone in your raid will receive a 6.5 day account-wide lockout for that island.

You will be able to raid in peace with your guild, fighting the boss when you can get your group together rather than having to worry about vying with other guilds.  Raid PvP won’t be a thing.  Even the nostalgia experience has to bend to the reality of player behavior.

The server is set to go today at 2pm Pacific time, which is UTC minus 7 currently.  Given past launches, I expect there to be some delays.  But maybe they have this progression server thing locked down by this point.  We shall see.

I am sure some people are excited.  I see Keen is hyped up for this server.

I am a bit indifferent.  I like the idea, but even with casual grouping generally a thing, going in alone without friends of a regular group doesn’t appeal to me.  Also, the initial time frame before the first expansion feels a bit short to me.  But the server won’t have moved too far along if I join later.

Anyway, the classic server idea, locked in time, that some have been clamoring for will soon be a thing.  Again, you can find the server FAQ here for the details.