People have often asked over the years where I get my cool space themed desktop patterns.

Astronomy Picture of the Day is the place to go. 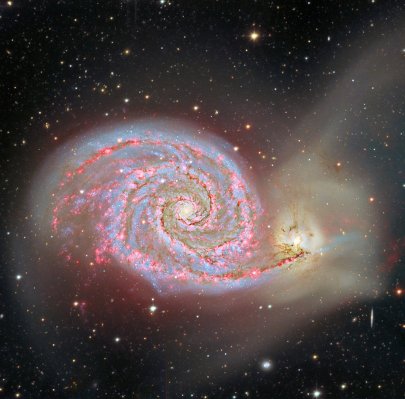 They post some of the best space pictures and they are usually HUGE, so you can actually make a decent desktop pattern for a big monitor with them.

And, today, APOD is 15 years old.  There are a few of my tax dollars I feel pretty good about.

And the 15th anniversary picture is a composite made up of pictures posted over the life of the project.

The third round of Hulkageddon has been announced for EVE Online.  Christened the “Summer of Gank,” prizes are currently being collected to incent the destruction of mining barges throughout New Eden.

It is described on the event site as such:

Hulkageddon is a semi-regular event which takes place in the MMORPG game EVE-online.

During the event contestants vie with each other to see who can destroy the most mining vessels within a given timespan.

This is the 3rd edition of the event, which hopes to top the previous one, that ended with the destruction of over 1,200 mining vessels.

The event even has a sponsor this time around, in the form of EVEPress.  I’m not sure what form that sponsorship is taking exactly, but their name and logo is on the side bar and they have a pop-up announcing the event on their own site.

No word on the start date as yet, beyond the phrase “extremely fucking soon.”