As far as I can tell, it is online.  Which I suppose is appropriate.  And it certainly makes it easier to visit.

I was wondering about that since a number of headlines have popped up about EverQuest being inducted into the Game Developers Choice Online Awards Hall of Fame.

Which is cool.  Yay EverQuest and all that.

And, in each account I have read, it has been mentioned that EverQuest joins Ultima Online in the hall of fame.

And there they are.

The two of them.

Alone together in that virtual hall.

Because this is only the second year, and they only induct one game a year, so there are only the two games.

And for two games representing the world of online games, those two represent a somewhat narrow demographic in online gaming I would say;  online, subscription based, fantasy MMORPGs released between 1997 and 1999 and still running today.

Not that I would deny either game belongs on the list, but when you are admitting one game a year into the hall of fame, “Get all the MMORPGs out of the way first” doesn’t seem like the best plan of action.

Ah well.  They do also induct people into the hall of fame as well.  Last year it was Richard Bartle, so I guess the committee figured they had MUD1 covered as well with that.  Still kind of virtual world oriented there, but at least it is old school, text based stuff.  Real history or whatever.

And this year there was a two-fer, with the induction of Kelton Flinn and John Taylor, co-founders of Kesmai back in the day, and both responsible for a few games which ought to be inducted into the hall of fame at some point, like MegaWars III, Air Warrior, and Island of Kesmai.

Along with the hall of fame, there are various yearly awards voted on and given out.  Last year it was League of Legends that came out as the big winner, grabbing the top spot in most of the categories.  In categories for which they were nominated, they only lost out to EVE Online for the “Best Live Game” category. (Categories with definitions are here.)

This year it was more mixed, with only Minecraft and Rift capping two categories apiece.

All in all, another set of awards.  While I am sure they are all quite meaningful for the recipients (who does not like to be acknowledged for their work?) I do sometimes wonder what such awards really mean in the big picture.  What impact does such an award have?

And, more importantly, which game and person do you think will (or should) be inducted into the hall of fame next year?

One of the things stopping me from writing up what I think about Civilization V is that I cannot find my 1996 Civilization II disc. 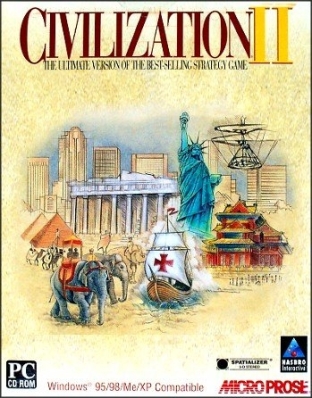 Civ II is still my gold standard for Civ games.  I played the original Civilization back in the day, but once I picked up Civ II, I never went back.  Civ II was clearly superior in every way over its predecessor.

Not so the games that followed however.  Alpha Centauri was very good.  I played a lot of that.  But I never liked the fact it wanted to be played full screen rather than in a window and I was never big on the alien landscape.  So eventually I went back to playing Civ II.

Civilization III had merit, but it never really clicked with me.  There were features I liked about the game certainly, but I never found it as satisfying.  I went back to playing Civ II.

Likewise, Civilization IV.  Civ IV is probably the version I have played the least.  I went almost straight back to playing Civ II.

And then last year came Civilization V.  Civ V felt to me, after all these years, like it got back to some essence of what made Civ II such a good game.  But to really put my finger on what it is, I want to go back and play Civ II.

Only I cannot find my disc, which is where I started this post.

I did find my copy of the Mac version of the game.  But that doesn’t do me any good, as I would need to drag my old PowerMac 8500 (with the G3 processor upgrade card) out of the closet to play, and I am not that interested in playing.  (Plus I am not sure where the ADB keyboard and mouse have gotten to.  That keyboard turned 25 years old this year!)

Somewhere around the house there is at least one, possibly two, Windows copies of the game.  I can dig around in my office some more I suppose.

But ideally though, Civ II would just be available on Gog.com for $9.99.  That is where I got my current copy of Alpha Centauri. (Which is what reminded me of the whole “must run full screen” thing.)

My second choice would be to find it available on Steam.  As much as I still resent having to have internet access in order to play a single player game (so Steam has taken the sting out of that Diablo III reality), it is mighty damn convenient.  But while they have Civ III, IV, and V available, Civ II is nowhere to be seen.

This leaves me with physical means, finding another disc for sale somewhere.  Not an impossible task, but it means I cannot have it RIGHT NOW!

I guess this is a sign that I have accepted digital distribution.

And while I am thrashing around on this, maybe I should take a look at FreeCiv, which looks very Civ II-like.  And I can download it.