It is understandable that the quest path I have been following since our return to Azeroth has been new.  Cataclysm revamped much of the old 1-60 zones, with only the Blood Elf and Dranei starter zones from The Burning Crusade remaining relatively untouched. (Are they still no fly zones?)

And. of course, that has been part of the point of returning to the game, to play through newer content.  So from Pandaria, if you choose Horde, the big quest board points you at Azshara.

I just go where the board tells me

Azshara follows the pattern of zones from Cataclysm, where there is a zone-wide store which the quest chain guides you through.  Azshara itself was changed pretty dramatically with Cataclysm.  Previously it was a zone that I think most people spent very little time running through.  I seem to recall there being a hunter class quest in the zone and that being the reason I went there in the past.  While there were other quests there, I recall it being a somewhat barren and sparsely populated place.

Then, with Cataclysm, the Goblins moved in and changed the zone.  That included installing their own transit infrastructure.

The Goblins have left their mark on the zone, though given its previous state, it is hard to object to most of the changes.

The quest chain through the zone is fun in that “Gnome/Goblin inventions gone awry” sort of way.

So mechs are involved

And while it was clearly designed to be solo friendly, it isn’t as completely single player absorbed as Redridge ended up after Cataclysm.  You could run Azshara with a friend or in a small group and feel as though you were being unduly punished.  In fact, grouping up to diminish your xp intake might be the only way to get through the zone before the quests start going gray on you.  I was at 60 of 100 quests done for the zone achievement when the big board was telling me to move on to Ashenvale, the next stop on the trip.

I was debating the idea of making it to the end when my daughter declared for Ashenvale and so we headed that direction.  That seems to be a common choice, given the number of Pandas I saw running around later with the quest related, no stats wizard hat you get at one hub in Azshara.

The flight master will send you there directly if you have the “go to” quest from the big board, but I decided to run there on foot as I had some other plans.

First, I wanted to catch up on some harvesting along the way.  I chose mining and herbalism with the idea of just selling the raw materials on the market.  Herbalism seemed to be quite popular though, so herbs were scarce and I fell behind on that relative to mining.

Second, I wanted a new pet.  While I liked the model for the tiger from the Panda starting zone, I have never really liked cats as hunter pets.  Their special ability is ‘prowl,’ which I find more annoying than useful, so I decided to upgrade to a hyena.  And, according to Petopia, hyenas were available along the way to Ashenvale in the Northern Barrens. 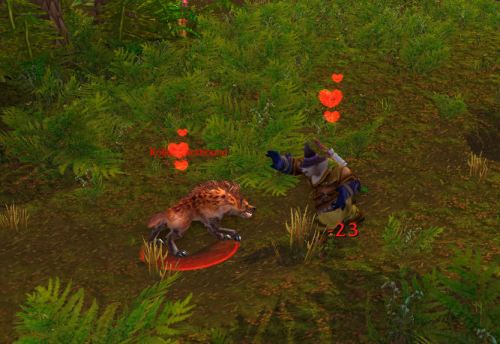 And I had a pet battle rendezvous in the area as well.

What I did not expect to find was The Crossroads.

Or, rather, The Crossroads sitting there, empty and pretty much unchanged from the last time I was there back in… whenever that was pre-Cataclysm. 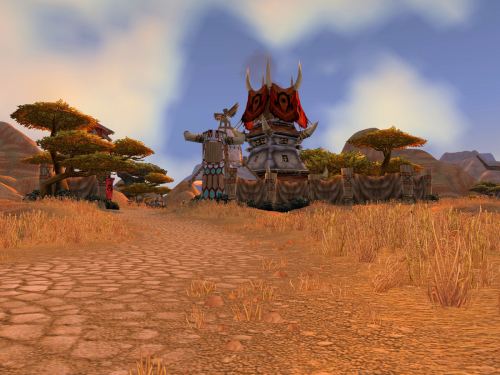 Blizzard appears to have solved the “Barrens chat” issue by simply making The Barrens a place you do not really play in any more.

But The Crossroads is still there.  The flight point is there.  The buildings still stands as they always have.  The quests givers are all standing around, ready to hand you the quests the same quests they were handing out five and more years back.  It is just very quiet.  The Cataclysm quest path sends you to Azshara and, once you are done there and are headed to Ashenvale, the quests at The Crossroads are probably too low level to bother with.

And given that so much around that area has changed… the South Barrens is on the other side of a fissure, the route to the Stonetalon Mountains has changes, the northern end of the zone has seen some updates, there is the new Ashenvale experience (another zone I never really liked, so change there was fine by me), and the the link with Durotar having been flooded out… I wonder how much questing you can do before you run into a dead end.

But if you want to try, the starting quests are still there.  There isn’t much competition for the mobs. 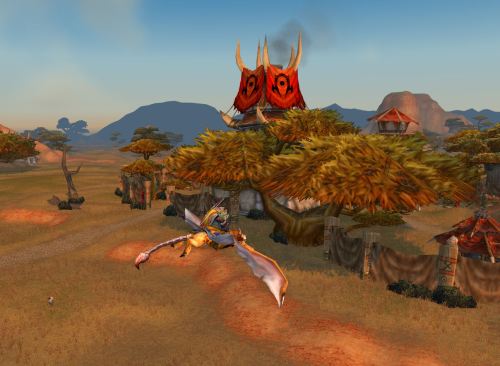 Flying back to The Crossroads

And you will be left alone.  Nobody seems to be attacking The Crossroads any more.  That used to be the constant refrain on the local defense channel on a Saturday night, “The Crossroads is under attack!”

13 thoughts on “The Crossroads is NOT Under Attack!”