Yesterday Massively OP reported that Standing Stone/Daybreak/Enad Global 7 had announced a new expansion bundle for Lord of the Rings Online which allows one to purchase the six expansions between the base game and the current War of Three Peaks expansion for one… price…. that is lower than buying all of them individually.

The headline at Massively OP declared that the bundle “smashes its huge barrier to entry,” a suggestion that made me grimace. 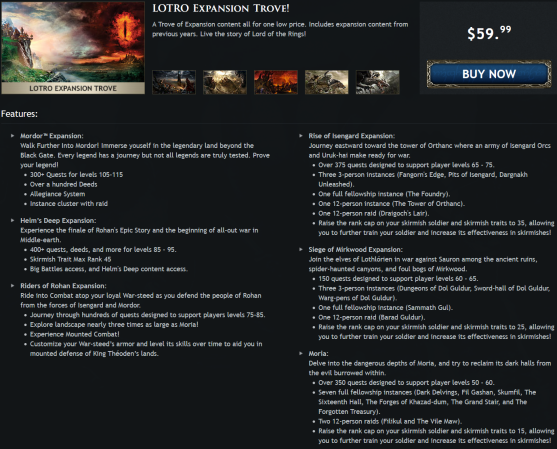 While not exactly a “people aren’t wearing enough hats” level of analysis, if I were to make a ranked list of problems that keep people from playing the game, buying all the expansions would be far down the list, as it is something I suspect never becomes an issue for the vast majority of the people who bother trying the game.

The problem there is that, as with my list about EVE Online from a few years back, there are lot of things that are simply outside of the scope of reality to address.

Yes, thanks to EG7 giving us a peek behind the curtains, we know that LOTRO is a viable, money making concern, but its income is more in the range of “sustain the status quo” rather than “rebuild and revamp.” 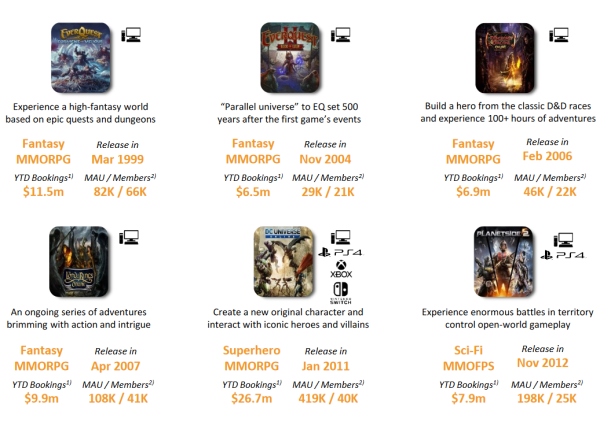 That number is only through Q3 2020, so we might be able to assume that the game brings in maybe $13 million a year.  That is sustainable, but there is no bonaza of cash for updates in that number, and it falls well short of the estimated $100 million the game was reported to have made back in 2013.

I was honestly a bit surprised when SSG decided to upgrade the client to 64-bit, though that was more of a long term survival plan than something that would make things better.  At some point in the not too distant future Windows will stop supporting 32-bit apps, so better to get that done before it is a critical item for survival.  Certainly that move did not improve the client’s actual behavior in any noticeable way.

And I fear that anybody who is holding out hope now that EG7 is running the show that they will pour a bunch of money into the game is going to be disappointed.  The idea of there being a console version seems so far from reality that the only answer could be a completely new game build for modern consoles, which would leave the current game out in the cold.

So LOTRO is likely going to stay pretty much as is, a cranky old fantasy MMORPG from 2007 with a difficult to read UI (at just HD resolutions, don’t get me started on how it looks on my new monitor) and a lot of mindless repetitive game play.  Has anybody ever counted how many bears, board, and wolves you slay following the quest chains to level cap?

What can they do?

They are stuck because at their current revenue they clearly cannot make any large changes to the game.  And they are even more restricted than some comparable MMORPGs because they have to stick with approved Tolkien lore and have a game that tells a linear story so the expansions are not independent.  EQ could copy Blizzard’s parallel expansions idea is they had the mind and the budget, but would LOTRO be allowed to even tinker with having Moria and Rohan as parallel experiences on the way to Mordor? 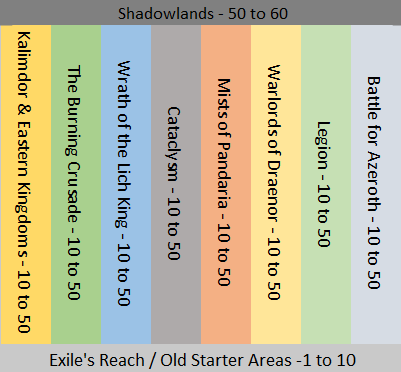 The EQ version would have 26 parallels

Without something dramatic… and I have my doubts about what would even qualify… making money off of new players seems unlikely, so they’re left with the MMORPG standard policy of farming the installed base.

One way to do that is via expansions.

The SSG team can’t simply crank out more expansions for revenue.  I mean, the are trying, but they have trouble keeping up their current pace, have made some customers wary due to lightness of the Battle of Three Peaks expansion, and they’re running out of places to expand into in any case.  They do have another expansion coming this year, but the next thing needs to be in planning.

The other way to farm the installed base is special servers.  LOTRO has played this card once already, and successfully so far as I can tell, with the LOTRO Legendary server of late 2018.

They can always just play that card again.  I am sure there would be a decent response to a fresh start.  But if they want something different, I have an idea.

I’m grabbing this idea from something Star Wars: The Old Republic did a few years back.

I call this the LOTRO Epic Storyline server.

Turn off the side quests… if possible… and tune the xp output/curve so that players can level up through the story just running the epic quest line.

Maybe you don’t even need a special server for that.  Maybe you just have players buy a token for a character on a live server that boosts xp for the epic quest line.  It would be a nice way to catch up and get past some of the less inspired content that lays astride the path to level cap. (Looking at you Siege of Mirkwood.)

There are problems to be solved with the idea.  You would have to have a mechanism to keep player gear up to level along the way.  And then there are the special mechanics like legendary weapons or mounted combat that players would need to be guided through.

But it seems like a possible, reduced if not low effort way to attract some players and boost revenue a bit.

Or is there something else they can do?

Addendum: I mean, besides irritating their installed base by making the awful legendary system even worse.

12 thoughts on “What Does LOTRO Need?”