Wargaming.net, makers of World of Tanks and World of Warplanes, now has an official web site up for the third title in their “world” trilogy, World of Battleships.

As with the World of Warplanes site, there isn’t much there yet.  There is some artwork. 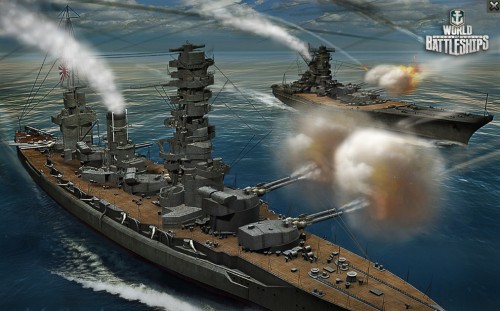 I am not sure how representative of the actual game the art is. 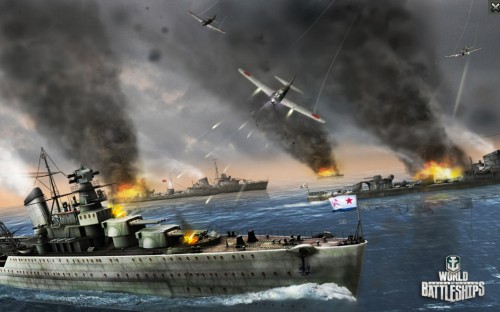 And there is a brief overview of the game.

The players have three main classes of ships at their disposal:

All the machines have their unique combination of firepower, speed, armor, and endurance. A pack of nimble destroyers will tire out their opponents, huge battleships can batter down any target with a couple of main caliber salvos, aircraft carriers are capable of covering the allies from air or routing an aircraft cell towards the enemy.

I guess that covers some of the questions I asked.  Or maybe not.  Carriers just add to the range question.  And I wonder how carrier aircraft will be handled?

And then there are the trailers they posted earlier in the year, during Gamescom.

So a little bit of information, but a lot of questions are still unanswered.