World of Tanks is turning two years old, their launch date corresponding with Yuri’s Night back in 2011. 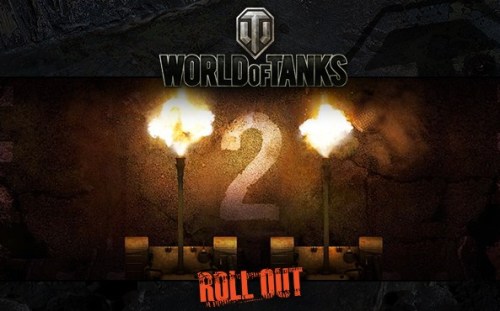 The game has come a long way since its launch two years ago.  I always point at patch 8.0 and the physics update as being a major turning point for me, bringing me back to the game.  But they have added so much to the game over time.

The celebration this weekend includes all sorts of special offers and boosts.  5x experience for your first victory of the day is usually enough, but there is a lot more than just that, as Mrrx detailed in his post on the subject.

For me, the discounts on tier VIII tanks, equipment, and crew retraining means that I will likely be driving my KV-4 before the night is through.  I will have enough credits to buy it, kit it out, and transfer the crew I have been training up for it in the Churchill III. (It is my old KV-2 crew, and is close to 100% on their first skill/perk.)  And I think I even have enough free experience to get through the gun upgrades.  I should be set to start out on the climb to my tier IX tank goal.

In fact, the KV-4 discount is keeping me from coveting the KV-5, which is available for a limited time again in the Gift Shop.

And there is a special second anniversary code that you can enter to get a few freebies, including a day of premium.

That code is single use and expires on April 24.  You have to log into the World of Tanks web site to redeem it for your account.  Last night they tweeted that so many people were redeeming the code that the process was lagging tremendously.

So I expect I will be playing a fair amount of tanks this weekend.  It should be interesting.  These sorts of events always draw in a mix of players, often making the public match maker even more lopsided than usual.  I expect a lot of people complaining about how horrible their team is, but I expect I will be too focused on learning a new tank to care much.

6 thoughts on “Two Years of Tanks”